Results of a new genetic study bring scientists one step closer to understanding why some smokers become addicted to nicotine, the primary reinforcing component of tobacco. The research, funded by the National Institute on Drug Abuse, part of the National Institutes of Health, represents the most powerful and extensive evidence to date of genetic risk factors for tobacco addiction. The study not only completed the first scan of the human genome to identify genes not previously associated with nicotine dependence (or addiction), it also focused on genetic variants in previously suspected gene families. The research results will appear December 1 in the online issue of the Journal of Human Molecular Genetics.

“This genome-wide association scan is an important step in a large-scale genetic examination of nicotine addiction,” says Elias A. Zerhouni, MD, director of the NIH. “As more genomic variations are discovered that are associated with substance abuse, including smoking, we will be better able to understand how to prevent and treat human addictive disorders.”

Smoking behaviors, including the onset of smoking, smoking persistence (current smoking versus past smoking), and nicotine addiction, cluster in families. Studies of twins indicate that this clustering partly reflects genetic factors. To identify those genes that could potentially contribute to nicotine dependence scientists combined a comprehensive genome-wide scan with a more traditional approach that focuses on a limited number of candidate genes, using unrelated nicotine-dependent smokers as cases and unrelated non-dependent smokers as controls. A candidate gene has one or more variant forms, which, according to current scientific evidence, appear to be linked to a genetic disease.

Efforts to understand nicotine addiction are important so that new approaches can be developed to reduce tobacco use. Tailoring of smoking cessation medications to an individual’s genetic background may significantly increase the efficacy of treatment. “The hope is that continued identification of these genes that are associated with risk of addiction will not only help us predict who is more likely to become addicted but will also help identify who will respond best to specific cessation therapies,” says study leader Laura Jean Bierut, MD, of Washington University School of Medicine in St Louis, Mo. 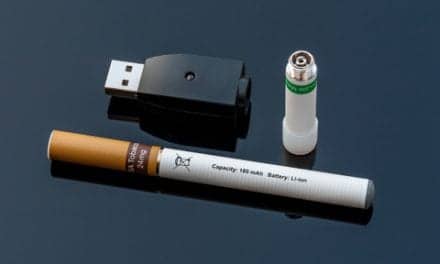 Use of E-Cigarettes May Lead to Increased Tobacco Use