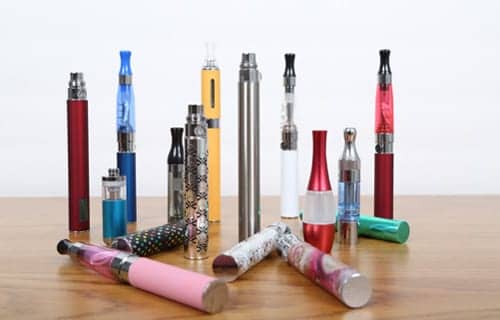 High voltage e-cigarettes may expose users to increased levels of toxic chemicals, including formaldehyde and acetaldehyde, according to research published by Nicotine and Tobacco Research.

E-cigarettes are battery-operated devices in which heat is applied to a liquid solution (e-liquid) filled with nicotine, flavors and other chemicals. The user then inhales the resulting vapor. The e-liquid is primarily composed of glycerin (VG) and propylene glycol (PG).

Some e-cigarette devices allow the user to change the voltage of the device to increase vapor production and nicotine delivery. The study examined various chemicals in vapors generated from the same e-cigarette but at variable voltages. Researchers examined two factors that demonstrated increased health risk to users: nicotine solvent and battery output voltage.

They discovered that when an e-cigarette was operated at lower voltage, the vapors generated contain only traces of some toxic chemicals. These compounds included formaldehyde, a known carcinogen; acetaldehyde, which is considered a possible carcinogen to humans; and two chemicals known to irritate nasal, lung and/or mucous tissues, acrolein and acetone.

When the voltage was increased, the levels of toxicants also significantly increased, according to the study.

“These results suggest that some types of electronic cigarettes might expose their users to the same or even higher levels of carcinogenic formaldehyde than tobacco smoke,” said Maciej Goniewicz, PhD, PharmD, a researcher in the Department of Health Behavior at Roswell Park Cancer Institute (RPCI). “Users of high-voltage e-cigarettes need to be warned about this increased risk of harmful effects.”

Goniewicz recommended further research to examine other product characteristics that may impact toxicity, such as the types of heating elements, flavorings, additives and product storage conditions.

“These findings will help to provide a scientific foundation for product safety and will inform the public health community as it establishes regulations of these devices,” added Andrew Hyland, PhD, chair of the Department of Health Behavior at Roswell Park.