According to an announcement from Wake Forest University School of Medicine, Winston-Salem, NC, researchers from the school completed the first study to provide evidence of the high rates of secondhand smoke (SHS) exposure, and correlates of exposure, among college students in the United States.

Funded by the National Institute on Alcohol Abuse and Alcoholism, the study surveyed 4,223 undergraduate college students from eight public and two private North Carolina universities. Participants were asked questions about their drinking and smoking habits, demographics, lifestyle (residence on or off campus, living in a substance-free dormitory, participation in a fraternity or sorority) and SHS exposure.

“While some college campuses are smoke free, others have virtually no restrictions on smoking, not even in the residence halls,” said lead author Mark Wolfson, PhD, from the Department of Social Sciences and Health Policy in an announcement. “There is a growing national movement to move away from that, but it still very much varies by campus. In this first study to evaluate SHS exposure among college students, we were really kind of floored to see how many, and how frequently, students are exposed to it.“

Overall, 83% of participants reported having been exposed to SHS at least once in the 7 days preceding the survey. Most of those exposures (65%) happened at a restaurant or bar, followed by exposure at home or in the same room as a smoker (55%) and in a car (38%).

“We were really shocked to see that 83% of students reported at least some exposure during the previous week,” said Wolfson.“That said, we don’t know if the exposure was at a nuisance level or at a level that might influence health. Either way, knowing what we know about SHS, lowering the rates of smoking is definitely something we should be seriously looking at on college campuses.”

According to Wake Forest School of Medicine, “More than 10 million individuals were enrolled in 4-year degree-granting institutions in fall 2002, thus colleges represent a key setting for preventing exposure to SHS to promote public health.”

“Debates about smoking restrictions, especially on college campuses, often revolve around considerations of individual choice,” Wolfson said. “However, the issue of SHS exposure brings in the rights of all to a healthy environment. This is an issue which is beginning to resonate with many college administrators.”

The study appears in the July 23 issue of Nicotine & Tobacco Research, a publication of the Society for Research on Nicotine and Tobacco. 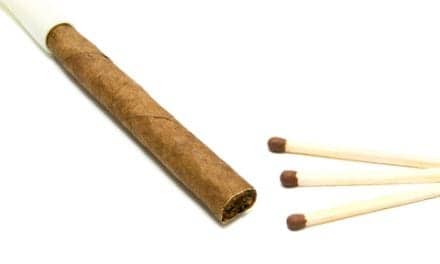