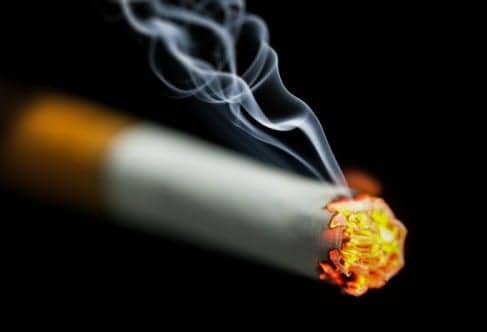 In a cross-sectional study of 105 patients with SLE, a total of 39 reported exposure to smoking, either active or passive, while 66 had no exposure, according to Jorge R. Almeida, MD, of Hospital Universitario Antonio Pedro in Rio de Janeiro, and colleagues.

In addition, 74 had a Systemic Lupus International Collaborating Clinics/American College of Rheumatology Damage Index (SDI) score greater than 0, signifying the presence of any organ damage, while 31 had SDI scores of 0. Among the subgroup whose SDI was 0, 77% had no past or present exposure to smoking, they wrote in Arthritis & Rheumatology.

“We conclude that having a ‘never exposed’ status confers a 22% … relative risk reduction of progressing to an SDI score greater than zero compared with an ‘ever exposed’ status,” they wrote. “In our study, smoking was significantly associated with chronic damage and morbidity in SLE when assessed by the validated specific SDI score. “Additional studies of multicenter cohorts in larger populations should be conducted, using multivariable analysis, to improve our understanding of the possible mechanisms by which smoking could magnify morbidity and chronic damage in SLE patients.”