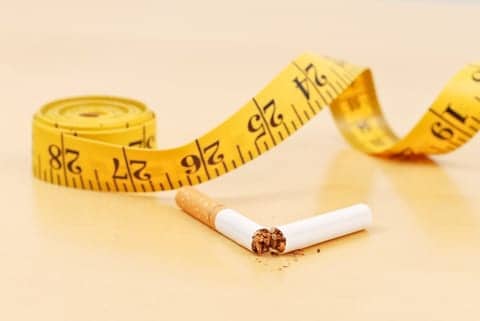 Smoking cessation appears to have complex but generally favorable metabolic effects, according to researchers presenting at ENDO 2015, the annual meeting of the Endocrine Society.

Study results showed that smoking cessation over 8 weeks was associated with a slight and transient worsening of central fat distribution, followed by a larger, favorable reversal over subsequent months. Over 24 weeks, hepatic glucose output improved in relation to lifestyle changes, weight change correlated directly with reduced nicotine metabolites, and reduced carbon monoxide and/or nicotine metabolites correlated with increased glucose uptake and utilization of carbohydrate substrates as the preferred metabolic fuel.

“In general, people think that when they stop smoking, they are going to gain weight and their diabetes and insulin resistance are going to get worse, but we didn’t find that,” said principal investigator Theodore C. Friedman, MS, MD, PhD, chair of the Department of Internal Medicine of Charles R. Drew University of Medicine and Science in Los Angeles. “Our study showed that insulin resistance was basically the same and some of the fat redistribution seemed to be better. Initially fat might have gone into the abdomen, but later, it went back to the thigh, which is more benign.”