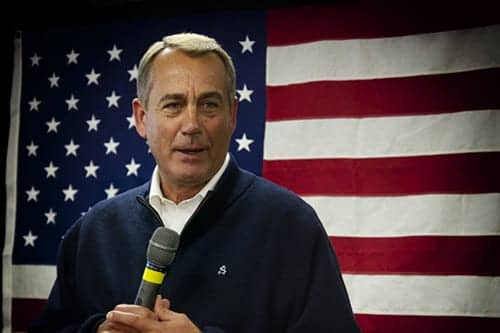 A spokesman for Boehner told The Wall Street Journal Thursday that the former House Speaker looks forward to helping RAI achieve its objective of “speeding the decline in tobacco use among young people and reducing the harm caused by smoking.”

In a strongly worded statement, Campaign for Tobacco-Free Kids’ president Matthew L. Myers rejected that claim saying, “It is truly absurd that tobacco giant Reynolds American and former House Speaker John Boehner, who was elected to Reynolds’ board of directors today, would express a commitment to “speeding the decline in tobacco use among young people,” Myers said. “Their records show the exact opposite. Reynolds’ announcement pairs the tobacco company with the most egregious record of marketing to kids and a politician with a long record of fighting policies to reduce youth tobacco use.”