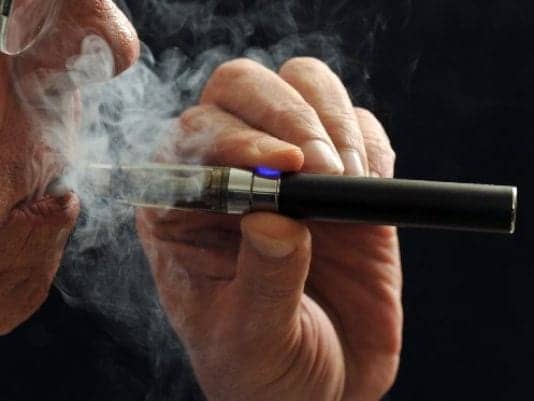 New research that suggests nicotine in any form is damaging to the lungs also proposes that e-cigarette solutions with no nicotine have a damaging effect on lung health.

A news release from the American Physiological Society (APS) notes that the loss of integrity in the lung endothelial cells can contribute to lung injury and inflammation, but it is currently not known what component of cigarette smoke causes the lung cells to breakdown. The researchers exposed human and mice cells to cigarette smoke and e-cigarette solution that either contained nicotine or was nicotine-free.

The results of the study also showed that nicotine-free e-cigarette solutions were also found to include substances that can harm the lungs such as acrolein, which has been shown to damage the lungs by attacking the molecules that hold endothelial cells together.

Irina Petrache, PhD, lead researcher of the study, says, “The increased use of inhaled nicotine via e-cigarettes, especially among the youth, prompts increased research into the effects on health. This research reports that components found in commercially available e-cigarette solutions and vapors generated by heating them may cause lung inflammation.”

The APS news release notes that the findings shed light on how cigarette smoke damages the lungs and points directly to nicotine as the cause. Petrache adds, “The effects described characterize short-term effects of e-cig exposures. Whereas studies of long-term effects await further investigations, these results caution that e-cigarette inhalation may be associated with adverse effects on lung health.”

Chantix Not Boosting Number of Smokers Who Quit