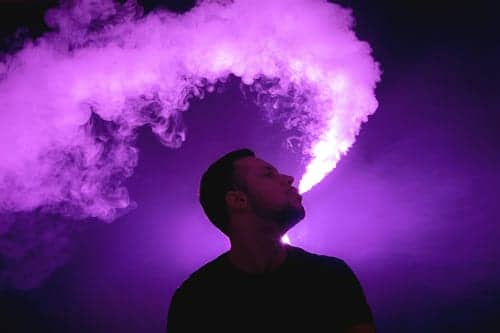 Today, the FDA and CDC have released new findings from the National Youth Tobacco Survey (NYTS) showing that more than 3.6 million middle and high school students were current (past 30 day) e-cigarette users in 2018, a dramatic increase of more than 1.5 million students since last year.

According to the results published in today’s Morbidity and Mortality Weekly Report, youth who use e-cigarettes also are using them more frequently and using flavored products more often than last year. The sharp rise in e-cigarette use has resulted in an increase in overall youth tobacco product use, reversing a decline seen in recent years, and is prompting a series of steps by the FDA to curb youth use trends.

“These new data show that America faces an epidemic of youth e-cigarette use, which threatens to engulf a new generation in nicotine addiction,” said HHS Secretary Alex Azar. “By one measure, the rate of youth e-cigarette use almost doubled in the last year, which confirms the need for FDA’s ongoing policy proposals and enforcement actions. HHS’s work will continue to balance the need to prevent youth use of e-cigarettes with ensuring they are available as an off-ramp for adults who are trying to quit combustible cigarettes.”

According to the findings, the number of US high school students who reported being current e-cigarette users increased 78% between 2017 and 2018 to 3.05 million. Numbers among middle school students rose 48 percent to 570,000. The study authors suggest the rise in e-cigarette use in the last year is likely due to the recent popularity of certain types of e-cigarettes, such as JUUL. These products include ones that are cartridge-based, can be used discreetly because of their resemblance to slim USB flash drives, have a high nicotine content and come in appealing fruit and candy flavors. The increased popularity of e-cigarettes among youth raises a number of other health concerns: risk of addiction to nicotine early on in life; potential harm from nicotine exposure to the developing adolescent brain; and exposure to chemicals associated with adverse health effects. In addition, research shows that, compared with non-users, youth who use e-cigarettes are more likely to transition to conventional cigarettes ? risking a lifetime of addiction to smoking and resulting smoking-attributable disease.

Additionally, the survey also shows that high school students who reported being current e-cigarette users also reported using the product more frequently. In the last year, the proportion of those using the product more regularly (on 20 or more of the past 30 days) increased from 20 percent to 27.7 percent, an alarming one-year rise. The 2018 NYTS also found that among high school e-cigarette users, there was a significant increase in current flavored e-cigarette use within the past year, from 60.9 percent to 67.8 percent. Research shows youth and young adults identify flavors as a primary reason for e-cigarette use. Additionally, there is evidence from the Population Assessment of Tobacco and Health (PATH) Study indicating youth who first tried a flavored tobacco product have a higher likelihood of current tobacco use compared to those who first tried an unflavored product.

“We’ve been aware of these data for several months and are pursuing a robust set of new policies to address this epidemic level of e-cigarette use by kids. This spike in use threatens to stall or reverse the substantial public health gains we’ve made by reducing tobacco use overall, and especially among children. It’s clear we have a problem with access to, and appeal of these products to kids, and we’re committed to utilizing the full range of our regulatory authorities to directly target the places kids are getting these products and address the role flavors and marketing are playing in youth initiation,” said FDA Commissioner Scott Gottlieb, M.D. “We still believe that non-combustible forms of nicotine delivery, such as e-cigarettes, may be less harmful alternatives for currently addicted adult smokers who still seek nicotine. And we want to keep this option open for adults as the evidence develops to inform their use by adult smokers. But as we’ve said before, we will not allow that opportunity to come at the expense of addicting a whole new generation of kids to nicotine. We must close the on-ramp of nicotine addiction for kids even if it risks narrowing the off-ramp from smoking for adults. These are the hard tradeoffs we must take to keep these products out of the hands of kids and confront this troubling epidemic.”

NYTS is a cross-sectional, voluntary, school-based, self-administered, pencil-and-paper survey of U.S. middle and high school students. The data for the 2018 NYTS were collected from March to May 2018. The alarming rise in use and the threat of a new generation of young people becoming addicted to nicotine prompted the FDA and CDC to release these data earlier than usual so as to encourage e-cigarette companies and retailers, state, county and local health departments, public health organizations, and parents and educators to act immediately to curtail this crisis. The FDA and CDC plan to release the remaining data on usage rates of other tobacco products in early 2019.

“The markedly accelerating rate of e-cigarette use among U.S. youth within the past year is a cause for grave concern,” said CDC Director Robert R. Redfield, M.D. “E-cigarette use is unsafe among youth, and it’s critical that we implement proven strategies to protect our Nation’s youth from this preventable health risk.”

In addition to the steps the FDA is announcing today, the agency has taken a series of actions over the past several months to target the illegal sales of e-cigarettes to youth, as well as to target companies engaged in kid-friendly marketing that increases the appeal of these products to youth. In particular, the FDA recently announced a series of critical enforcement actions that included issuing more than 1,300 warning letters and fines to retailers who illegally sold JUUL and other e-cigarette products to minors during a nationwide, undercover blitz of brick-and-mortar and online stores this summer–the largest coordinated enforcement effort in the FDA’s history. Moving forward, the FDA is indefinitely stepping up enforcement actions with a sustained campaign to monitor, penalize and prevent e-cigarette sales to minors in retail locations, including manufacturers’ internet storefronts. The agency is exploring action under both its civil and criminal enforcement tools to target potentially violative sales and marketing practices by manufacturers as well as retailers.

The agency also issued letters in September to five major e-cigarette manufacturers that produce JUUL, Vuse, MarkTen, blu e-cigs and Logic, which, combined, comprise more than 97 percent of the market share for closed-system e-cigarette products. These letters asked the companies to submit to the FDA within 60 days plans describing how each firm will address the widespread youth access and use of its products. The FDA recently met with these companies to discuss not only the potential steps they would take to restrict youth access to, and appeal of, these products, but also the measures they think the FDA and other policy-makers can take to reverse the trends in youth use of e-cigarettes.

The agency also launched “The Real Cost” Youth E-Cigarette Prevention Campaign. This new, comprehensive effort targets nearly 10.7 million youth, aged 12-17, who have used e-cigarettes or are open to trying them. The new campaign features hard-hitting advertising on digital and social media sites popular among teens, as well as posters with e-cigarette prevention messages in high schools across the nation. The FDA also recently announced a public hearing, to be held Dec. 5, to discuss efforts to eliminate youth e-cigarette use, with a focus on the potential role of drug therapies to support cessation among youth, and the issues impacting the development of such therapies for children.

As part of the agency’s comprehensive plan on tobacco product and nicotine regulation, the FDA also issued an advance notice of proposed rulemaking in March to seek public comment on the role that flavors in tobacco products, including e-cigarettes, play in attracting youth. Additionally, the agency plans to explore additional restrictions on the sale and promotion of e-cigarettes to further reduce youth exposure and access to these appealing products.

The FDA, an agency within the U.S. Department of Health and Human Services, protects the public health by assuring the safety, effectiveness, and security of human and veterinary drugs, vaccines and other biological products for human use, and medical devices. The agency also is responsible for the safety and security of our nation’s food supply, cosmetics, dietary supplements, products that give off electronic radiation, and for regulating tobacco products. 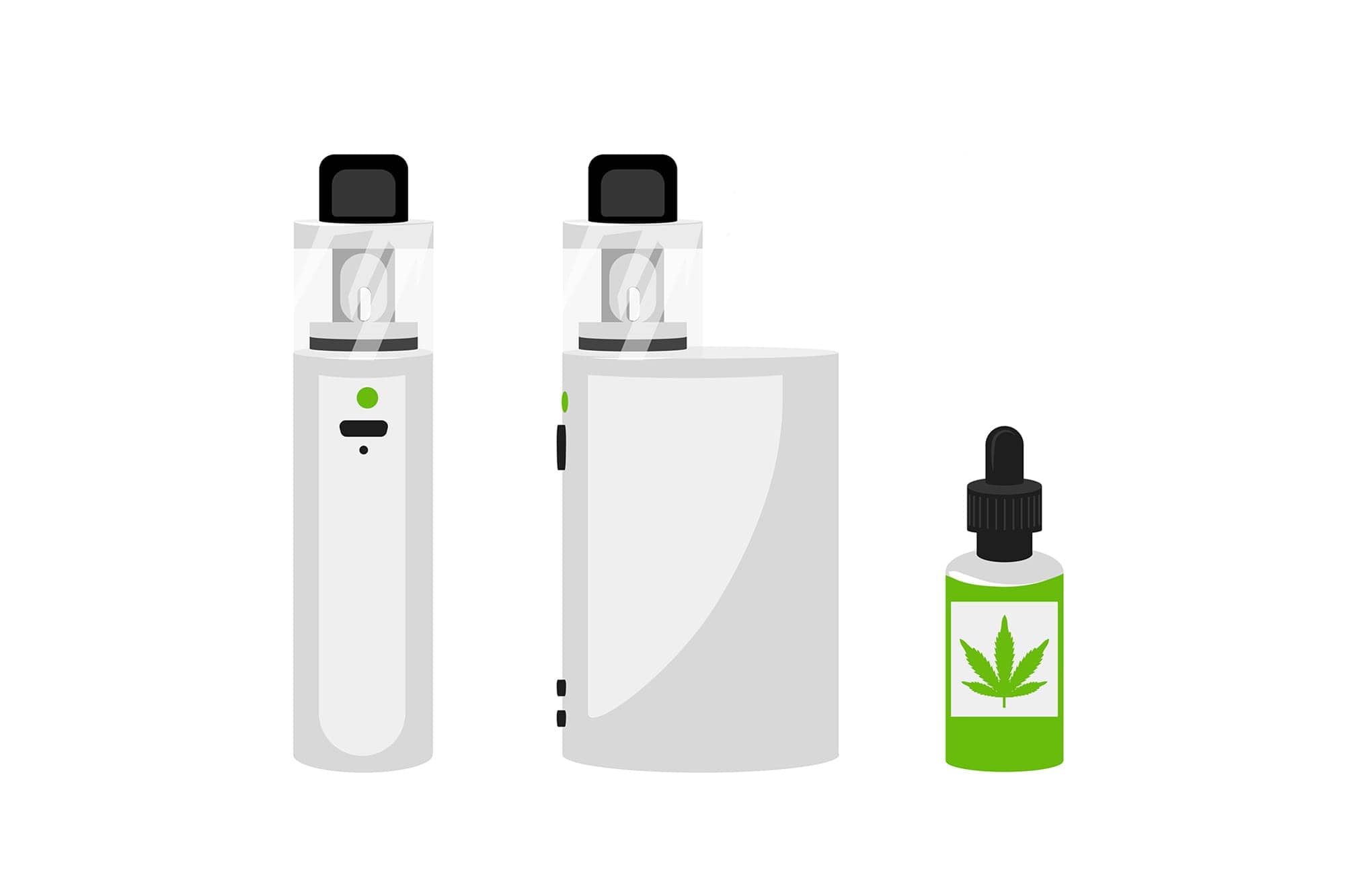 Smoking Out the Enemy