People who are both very obese and who smoke increase their risk of death by 3.5 to 5 times that of people of normal weight who never smoke, finds a study in the November issue of the American Journal of Preventive Medicine.

According to the study, 20% of obese adults in the United States smoke, which puts them at a higher risk of death caused by cancer and circulatory disease. The authors further found that, in general, being a current smoker was a far stronger risk factor for cancer death than being obese.

The study surveyed more than 80,000 current and former radiologic technologists between the ages of 22 and 92 who completed a self-administered questionnaire in the period from 1983 to 1989. They all were followed through December 2002 and the number of deaths was reported.

Smoking behaviors were categorized by duration, intensity and current status. D. Michal Freedman, PhD, of the Division of Cancer Epidemiology and Genetics at the National Cancer Institute and her colleagues analyzed a measure that included both cigarettes smoked per day and duration of smoking. They found, in general, that more smoking or pack-years was related to a higher risk of death.

Also, in both women and men of all ages, the risk of death from circulatory disease increased with each additional increment in the BMI. When participants were obese and also current smokers, their risk of death from circulatory disease jumped even higher to an increase of 6- to 11-fold for those under age 65, compared to the participants of normal weight who never smoked.

Despite the many existing health campaigns aimed at educating the public about the dangers of smoking and obesity, experts say there is a definite need for increased efforts to change the behaviors of those at risk. 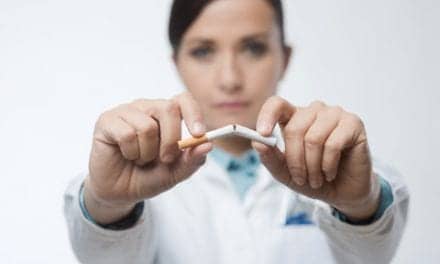 CDC Investigates Severe Pulmonary Disease Among People Who Use E-cigarettes