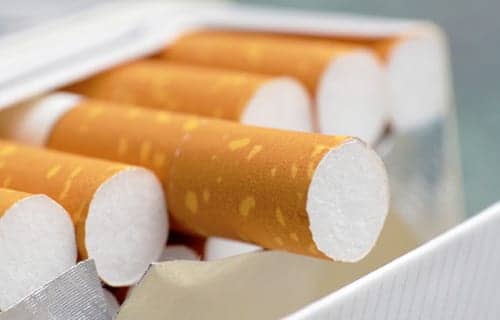 The effects of chronic cigarette use have been found to impact the systems that regulate postural stability, even during abstinence, according to researchers at the University of California San Francisco.

Investigators with the study say their findings are based on research that shows chronic cigarette smoking has a high co-occurrence with alcohol use disorders – roughly 60% to 90% of alcohol dependent (AD) individuals who seek treatment are chronic smokers.

Results of the postural stability study will be published online in the June 2014 issue of Alcoholism: Clinical & Experimental Research.

“Based on both anecdotal and empirical findings, postural instabilities with eyes open or closed appear to be highly prevalent in treatment-seeking AD individuals,” explained Thomas Paul Schmidt, a research associate in the department of radiology and biomedical imaging at the University of California San Francisco, and San Francisco Veterans Affairs Medical Center. “Other investigators looking at the relationships between falls and alcohol intake have also reported increased fall risk in those with a history of problem drinking.”

Schmidt, the corresponding author for the study, noted the uniqueness of its design. “Assessing postural stability over an 8-month period of abstinence from alcohol is not an easy feat considering relapse rates hover around 60%,” he said. “In addition, we took into account the potentially harmful effects of concurrent cigarette smoking during abstinence from alcohol. This study is also the first to examine the effects of cigarette smoking on balance in non-alcohol dependent healthy controls.”

“Public health initiatives focusing on the effects of chronic smoking have focused primarily on the negative effects on key organ systems, such as those related to pulmonary function,” added Sara Jo Nixon, a professor in the department of psychiatry at the University of Florida. “The current research reinforces findings from a growing literature reflecting its negative effects on neurobehavioral functions, suggesting that the common comorbidity of chronic smoking and AD may amplify the negative impact of either condition when considered separately.”

Schmidt and his colleagues recruited AD study participants from substance-abuse outpatient clinics and controls from the local community. To assess postural stability and balance, an ataxia battery was administered to 115 smoking and non-smoking AD individuals and to 74 smoking and non-smoking light/non-drinking controls. Subgroups of AD individuals were assessed at three testing sessions during abstinence from alcohol: one week, five weeks, and 34 weeks of abstinence. All controls were assessed once, and a subset of the non-smoking controls was re-tested after 40 weeks. Using this data, study authors tested if cigarette smoking affected postural stability in both the control and AD groups, and if smoking influenced changes of postural stability during alcohol abstinence.

“One of our key findings was that non-smoking AD individuals improved significantly on a measure of postural stability over the course of eight months of sobriety,” said Schmidt. “Smoking AD individuals exhibited no significant improvement across a similar time interval. This suggests that the neural and perceptual mechanisms responsible for postural stability are impacted by smoking, and even after chronic alcohol consumption has ceased. This finding is important for clinical treatment providers, because smoking is exceedingly common in AD individuals and during recovery from alcohol dependence.”

“Brain systems underlying postural stability are known to be particularly sensitive to alcohol’s neurotoxic effects,” added Nixon. “The current work suggests that these areas may also be exquisitely sensitive to chronic smoking.”

“The exact reason for why performance correlated with smoking severity but not with drinking measures is unclear,” explained Schmidt. “There may be a biological reason, in that the correlation between smoking and postural stability is simply stronger than between alcohol consumption and postural stability. A more methodological reason may be that our smoking severity measures — for example, number of cigarettes smoked per day — are simply more accurate to quantify for our study participants than our measures of drinking severity — such as average drinks consumed per month in the past year. It is easier for an AD individual to determine how many cigarettes they smoked on a typical day — you just need to look how many cigarettes are left in that pack — and then extrapolate back over the last years than to recall how many alcoholic drinks they consumed over the past year or even lifetime.”

Despite questions that may remain about measures, Schmidt emphasized that smoking, chronic alcohol consumption, or a combination of the two can create severe health complications. “Many of these are relatively well known — liver damage, lung cancer, respiratory problem,” he said. “Yet research is also continually unearthing new and drastic ways in which smoking and drinking can affect your brain. More and more research now addresses how severely the brain and its functions are affected by both excessive drinking and smoking. For example, associations between smoking and risk for Alzheimer’s disease are currently being studied.”

Nixon agreed. “The negative effects of chronic smoking are not limited to those associated with cardiopulmonary disease or other well-recognized outcomes,” she said. “They are also associated with subtle but significant compromise in fundamental brain function. Systematic work is needed to identify the breadth of these deficits, the process(es) of recovery, and individual differences in susceptibility. Given the high rates of smoking among individuals with substance use disorders, this population should be the focus of additional programmatic work.” 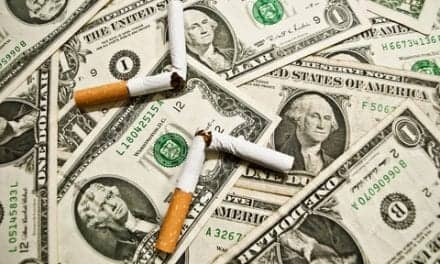