Research reported in the July 1 issue of the journal Otolaryngology-Head and Neck Surgery finds that children who live with smokers have increased respiratory difficulties during surgery.

Children who lived with smokers had a higher incidence of respiratory problems during surgery than those from nonsmoking households: excessive mucus secretion (38% vs 8%), breath-holding (15% vs 6%), constriction of the larynx or bronchial tubes that potentially could impair breathing (29% vs 5%), and actual airway obstruction (29% vs 11%). Respiratory problems were similarly increased in the recovery room, but to a lesser extent.

Some children who lived with smokers required additional airway support, including bronchodilators and supplementary oxygen, and had to stay in the hospital overnight. With the exception of actual airway obstruction, the more cigarettes smoked per day in the home, the more severe the children’s respiratory complications during surgery.

The study results suggest that children exposed to secondhand smoke may require more attention to their airways during surgery, particularly if they are receiving ventilation by face mask, the usual method for minor surgical procedures and in patients with heart or lung disease. Instead of face mask ventilation, anesthesiologists may now want to consider placing an endotracheal tube to protect children against airway constriction and prevent aspiration of mucus, Jones says. 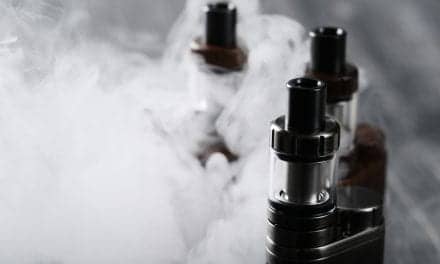 Debate on Safety of E-Cigarettes Continues