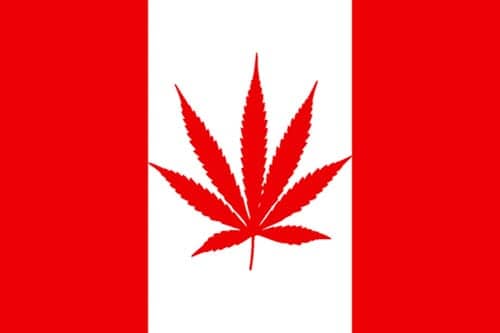 Canada has legalized the recreational use of marijuana, becoming the second nation in the world and first major economy to do so, according to multiple media reports including the New York Times. (Uruguay legalized recreational marijuana use in 2017.) Medical marijuana has been legal in Canada since 2001.

Legalization occurred at 12:00am Wednesday, and was marked across the country by countdown parties similar to New Year’s Eve celebrations. Many supporters compared pot legalization to the end of alcohol prohibition in the 20th century.

According to the New York Times, the Federal Cannabis Act outlines the following guidelines:

Proponents of legalization call it long overdue and hail the country as a progressive leader. “We are witnessing history,” said Shawn King, the host of a countdown to legalization on a local radio station. “Marijuana prohibition is ending after 96 years. There’s going to be a generation of people that never knew it was ever banned.”

But not everyone is thrilled about the move.

Health experts writing in the Canadian Medical Association Journal called legalization “a national, uncontrolled experiment in which the profits of cannabis producers and tax revenues are squarely pitched against the health of Canadians.”