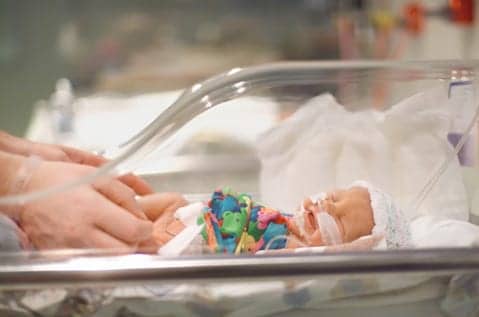 Very early preterm infants are more likely to survive than in previous years, and the survivors are less likely to have neurological problems, according to an analysis of records from a National Institutes of Health published in the New England Journal of Medicine.

Researchers found that of the more than 4,000 infants born at 11 sites within the network from 2000 to 2011, survival rates increased from 30-36%. The proportion of survivors who did not have a neurological or developmental impairment increased from 16-20%. The authors theorize that these improvements are a result of advances in the care provided to expectant mothers and their newborns.

Dr Higgins stressed that the results encompass trends for a large number of infants at multiple research sites, but they should not be used to predict the outcome for an individual child.

“Every individual is different, and no single source of information can precisely predict a baby’s chances of survival or disability,” she said. “But our study’s findings do provide important information that physicians and family members can consult to help determine treatment strategies.”

Providing care to infants born so early is often challenging. Physicians and family members can be reluctant to expose an infant to sometimes painful life-support procedures. Those offered active treatment may survive, but may have hearing loss, blindness, cerebral palsy, and severe intellectual disability.

The study authors wrote that, in the past, many experts had feared that advances leading to improvements in survival among extremely preterm infants might also result in a higher proportion of infants with disabilities. However, in the current study, researchers found that across all three time intervals, the percentage of infants who survived with a disability did not change significantly.

The authors wrote that the increases in overall survival and survival without neurological harm likely result from improvements in the care given to mothers and newborns. One potential contributing factor is the wider use of antenatal steroids. These drugs, which are given to women at risk for preterm birth, help the infant’s lungs mature, leaving the infant less reliant on ventilation therapy, which can sometimes damage the lungs and lead to infections.