Striving Toward Excellence—and Succeeding: Thanks to a collaboration with Children’s Hospital of Orange County, the California Society for Respiratory Care hosts their first neonatal/pediatric symposium.

The California Society for Respiratory Care (CSRC) was founded as an affiliate of the American Association for Respiratory Care (AARC). The society’s mission is to represent and encourage excellence in the art and science of cardiopulmonary support. They do this by supporting (or opposing) legislation that will impact the delivery of respiratory care; by offering continuing medical education in the form of symposia, both online and live, and an annual convention; and by providing links to employment opportunities, online journals, and other useful Web sites.

In keeping with the society’s commitment, on Octtober 29, the South Coast Region of CSRC (SCRCSRC), in conjunction with Children’s Hospital of Orange County (CHOC), one of the premier children’s hospitals in California, presented its first fall neonatal/pediatric symposium. Dan Villareal, Jr, RCP, RRT, director of respiratory services/ECMO at CHOC, says he has been working on putting this symposium together since speaking at the CSRC Annual Fall Symposium last year.

After speaking, Villareal realized that CHOC could offer a lecture series based on his presentation, “Transport of the Critically Ill Children: Our Experience at CHOC.” He presented the idea to Tim Snitily, president of SCRCSRC and the SCRCSRC board. The proposal was accepted, and the planning began.

Villareal says he had great support from CHOC executives and the physicians chosen to give presentations. “They were very supportive and had me take charge of the project. Working with our RT educator, we solicited our MDs for lecture topics and had immediate feedback.”

One man’s idea, the enthusiasm of fellow RTs, and the support of a fine hospital resulted in a morning filled with new ideas and lively discussion. Over the next months we will be talking to the physician-presenters and share the results of their work. 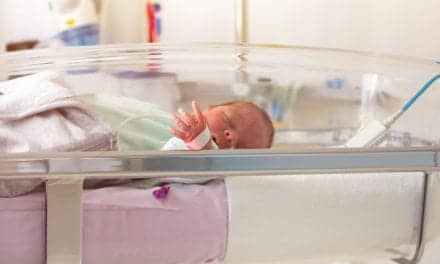 NICU Respiratory Therapists Striving for Improvement, One Endotracheal Tube at a Time