Esophageal and Airway Function Associated With Some Infant Life-Threatening Experiences 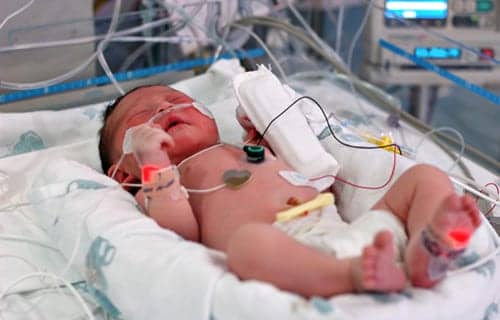 Investigators from The Research Institute at Nationwide Children’s Hospital have published a study on apparent life-threatening events (ALTEs) in infants that offers new information about the mechanisms behind ALTEs and what clinicians and parents can do to avoid them.

About 1 percent of all ER visits are prompted by near-death experiences in infants, such as extended periods without breathing or sudden changes in skin pallor or muscle tone. The causes of these ALTEs are often unknown.

But, according to the study published online March 28 in the Journal of Pediatrics, infants who experience ALTEs have abnormal regulation of esophageal and airway function compared to healthy babies.

Researchers compared 10 infants who experienced an ALTE and 10 healthy babies using tools that track the concurrent functions of the infants’ upper digestive tracts and airways. The researchers used manometry—a pressure-sensitive tube inserted through the nose and into the esophagus—to measure muscle contractions, swallowing, reflex strength and gastroesophageal reflux in all 20 participants.

Results showed that infants with a previous near-death experience were more likely to have pauses in breathing, gasping breaths, less effective upper airway protection, delays in clearing their airways and difficulty coordinating swallowing and respiratory interactions.

In addition, infants with ALTE were slower to get back to normal aerodigestive regulation after an esophageal event (such as swallowing or gastroesophageal reflux), with a higher proportion of failed muscle contraction in the esophagus, more frequent episodes of pauses in breathing and more gasping breaths.

Researchers noted that these ALTEs are commonly thought to be due to gastroesophageal reflux disease (GERD), and treatment is often begun based on this diagnosis. However, dysfunctions in the aerodigestive tract as the real therapeutic targets for these babies and assessing these problems of esophageal function may be the key to preventing future near-death events for at-risk infants, according to Sudarshan Jadcherla, MD, principal investigator in the Center for Perinatal Research.

“These infants’ respiratory limitations are generally due to immaturity of functional neural networks involved with swallowing and airway safety,” Jadcherla said. “The treatment for managing them is patience and perseverance with the quality of oral feeding.

“For infants with esophageal function difficulties, proper positioning, proper feeding methods, taking time with the baby during oral feeding and allowing time for maturation to heal their problems are essential to protecting these babies from ALTEs,” Jadcherla added. “We need to be patient in the care of such vulnerable little patients.”

Jadcherla, who is also a professor of pediatrics at The Ohio State University College of Medicine, emphasized that understanding the causes of and treatments for ALTEs in infants may also shed light on aerodigestive protective mechanisms implicated in some cases of sudden infant death syndrome (SIDS).

“Gasping can be a mechanism for self-resuscitation when associated with swallowing, restoring respiratory normalcy,” said Jadcherla. “Although there can be many theories for death in any given infant with SIDS, the precise mechanisms or therapeutic targets in such infants when they are alive remain elusive. Understanding the aerodigestive mechanisms in the context of airway protection and feeding safety may offer hope.” 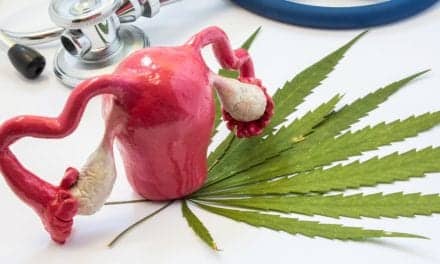 More Women Using Cannabis Daily Before and During Pregnancy