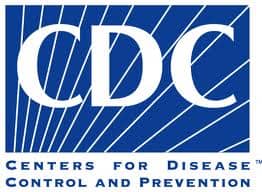 A report issued today by the Centers for Disease Control and Prevention (CDC) states that state and local health departments have made “significant progress” in improving emergency preparedness and response capabilities. The report, according to Ali Khan, MD, MPH,

director of CDC’s Office of Public Health, indicates that the United States is better prepared to respond to a public health emergency, although preparedness challenges remain.

The report, “Public Health Preparedness: Strengthening the Nation’s Emergency Response State by State,” presents data on a range of preparedness and response activities, among them:

• Nearly 90% of states and localities demonstrated the ability to activate and rapidly staff their emergency operations centers for drills, exercises, or real incidents, and 96% developed after-action reports/improvement plans following these activities.
• Biological laboratory capabilities and capacities were strong in most states and localities. Nearly 90% of laboratories in the Laboratory Response Network (LRN) could be reached 24/7, and 94% of the labs passed proficiency tests for detecting other biological agents.
• 72% of LRN chemical laboratories demonstrated proficiency in core methods for detecting and measuring exposure to chemical agents (72%), and more than half the labs are proficient in one or more additional methods identified by CDC as important for responding to chemical emergencies.
• All states and localities could receive and investigate urgent disease reports 24/7, and more than 90% of states used rapid methods to communicate with other laboratories for outbreaks, routine updates, and other needs.

Challenges remain, however, including being prepared for simultaneously occurring emergencies, improving the measurement or readiness, and building healthier communities to provide greater protection to vulnerable populations.

The full report and state-specific information is available on the CDC’s Web site.