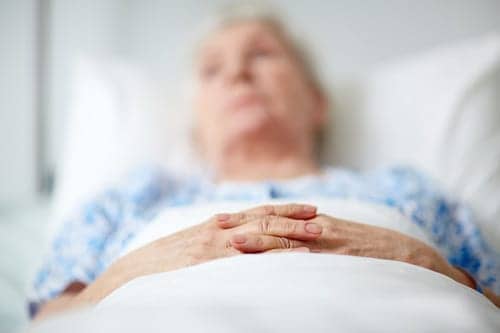 Seniors who are enrolled in both Medicare and Medicaid are at risk for experiencing greater worsening of functional status following ICU hospitalization, according to research presented at ATS 2021.

Researchers sought to examine the association between socioeconomic disadvantage (indicated by dual eligibility for both Medicare and Medicaid), and functional decline in seniors following ICU hospitalization. They found that seniors eligible for Medicaid had 60% more disabilities compared to those who did not have Medicaid. After adjusting for variables such as age, gender, education and living alone, Dual Medicare-Medicaid status was still associated with a 30% increase in the number of post-ICU disabilities compared with those who did not have Medicaid.

“There are several possible explanations for our findings,” said Snigdha Jain, MD, postdoctoral fellow, Yale University School of Medicine. “Dual-eligible beneficiaries are often cared for in nursing homes of worse quality and receive home health services from agencies that are ranked lower in quality. In addition, due to the different coverage and payment policies between Medicare and Medicaid, dual-eligible beneficiaries often receive fragmented care delivery and less effective post-acute care. Furthermore, besides differences in post-discharge recovery care, worse in-hospital care could also contribute to this disparity since practices in ICU care like early physical therapy and delirium prevention can affect downstream changes in function.”

The researchers identified community-dwelling older adults in the National Health and Aging Trends Study (NHATS), a nationally representative survey of Medicare beneficiaries age 65 and older, who underwent annual assessments of disability in seven functional activities. Statistical tests were used to evaluate the association between dual eligibility and the self-reported number of disabilities (0-7) following ICU discharge.

They found that dual-eligible beneficiaries were more frequently men, of minority race, who had less than high school level education, and lived alone, compared with those without Medicaid. “This has important policy implications,” said Dr. Jain. “The increase in disability and dementia among dual-eligible beneficiaries after ICU hospitalizations is likely to further drive up their high healthcare use and expenditure.

In addition, the high and inadequately met need of long-term support services among dual-eligible seniors can potentially increase after ICU hospitalization, having implications for the Medicaid program that supports the cost of these services.”

According to the authors, this study highlights the need to examine care coordination and post-acute care for seniors on Medicare and Medicaid, specifically related to ICU hospitalizations.