SeQual Technologies Inc announced today that Continental, Delta, and Northwest have been added to the growing list of airlines allowing the onboard operation of SeQual’s Eclipse Oxygen System.

The Eclipse is the only option available that offers the patient a continuous flow of oxygen. Other POCs require the traveling patient to arrange for costly compressed cylinders or heavy stationary equipment to provide the continuous flow often needed during sleep.

Continuous flow, as provided by the Eclipse, is the industry’s accepted standard of care for patients engaged in unpredictable breathing patterns. In this case, necessary instances would include increased activity associated with travel and sleeping aboard an airplane or in a hotel.

"Our best feedback is from patients who can now fly with peace of mind," said Brawner. "Previously, we had to prearrange for oxygen tanks to be ready before, during, and after flights. Now, they can just get on and off the plane and head to a hotel or family member’s home with one oxygen source, the Eclipse."

The POC authorizations from these three major airline players suggest an increasing tendency on the part of the airline industry to tap the oxygen user market. It is estimated that more than 1 million Americans, most seniors, use supplemental oxygen.

SeQual CEO Jim Bixby said he is pleased that more airlines are approving the Eclipse, but added there is more work to do.

"We now have over a dozen airlines that recognize there is a sizable population out there that would fly more if only the process was a little more accommodating," said Bixby. "I know of an Eclipse patient who is waiting for another airline approval so he can set off to New Zealand, and there are many more like him. We will continue to educate the airline industry on the importance of this issue."

The complete list of Eclipse-approved airlines, which changes weekly as additional airlines are added, along with guidelines for travel aboard each airline, can be found online at http://www.sequal.com/Travel_connection.asp. 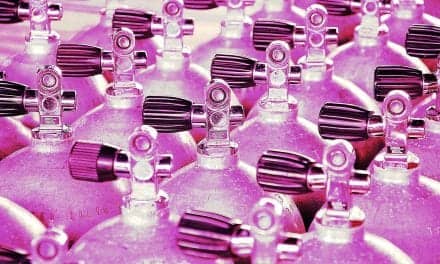 The Financing and Economics of Oxygen Therapy