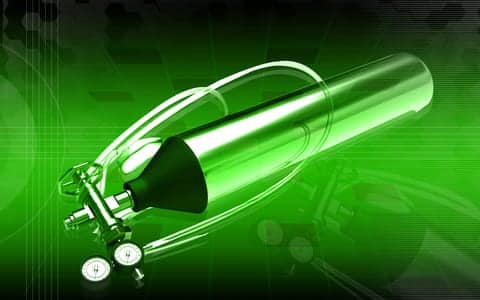 User-friendly and cost-effective, home oxygen transfilling systems could be the answer for both patients and suppliers coping with Medicare cuts.

Only history can tell the true tale of a new technology’s ultimate success or failure. Already, the annals of modern business are littered with products that showed revolutionary potential but failed to live up to their initial promise; Beta video, for example, or digital audio tape (whatever happened to the compact disc’s superior sound-quality replacement?). These products were touted as having the power to transform the marketplace, but failed to make their mark.

According to suppliers, home transfilling systems are safe and effective, easy to use, and appear to be relatively maintenance-free. The technology allows patients who use an oxygen conserver to fill their portable canisters at home, just as liquid oxygen patients have done for years. Until recently, however, safety and cost issues made home transfilling of compressed oxygen too risky. The new systems have addressed these problems with slow fill rates, fail-safe connections, and combined portable and in-home use. Patients can use the system to provide supplemental oxygen while they are at home and, at the same time, fill a portable canister.

"It’s a very user-friendly system," says Daryl Dumala, general manager of Suffield Oxygen, a Chicopee, Mass, home respiratory and sleep apnea company. " It’s certainly no harder than filling up a liquid oxygen system and a lot safer in terms of the volatility of the liquid itself."

Patients benefit because they no longer need to rely on their oxygen supplier for weekly deliveries, and HME suppliers gain from home transfilling, primarily in the form of lower maintenance costs and reduced staff time.

Initially, there were numerous back orders for the system, indicating marketplace confidence, and manufacturers nervously watched as the first home transfilling systems reached oxygen patients nationwide. The question was, would home transfilling revolutionize the HME industry?

Mark Ellis, director of Hagerstown, Md-based Home Care Services, has waited more than 15 years to see home transfilling hit the marketplace. " I’ve been in the business since 1981, and since I was about a year into it, I’ve felt whoever comes up with a concentrator that refills cylinders is going to have a major success on their hands," Ellis says.

Ellis received his first home oxygen transfilling devices in mid-January after placing an order, sight unseen, last fall." That was my first look inside the machine." He believes the systems will give HME suppliers the opportunity to fight back against the latest and heaviest round of home oxygen provider cuts.

"We have to look at cost-effective options that also keep the patient’s mobility in mind," he says. " I believe for people who need mobility in the oxygen arena, this is going to be the piece of equipment that will bring it into the next millennium." Like Ellis, Dumala believes the technology will help home oxygen providers solve the problem of the drastically reduced income associated with reimbursement cuts while affording patients more flexibility and freedom. "If you’re using the formula that the [manufacturing] companies are giving us, they’re saying the average delivery cost is between $30 and $40. So if we have to go out on a weekly basis, it will help our bottom line," he says.

Ellis plans to spend more money on equipment this year, just to get home transfilling up and running at Home Care Services, and-he hopes-still protect profits in the process. "I went to senior management . . . and said, ‘Even though we’re taking a 25 percent oxygen cut, I want to spend a quarter of a million dollars next year on oxygen equipment.’ " They agreed, Ellis says, because "it just makes too much sense. What it’s going to do is allow me expense control while serving oxygen patients appropriately with what’s clinically best for them."

Many oxygen providers believe home transfilling could eventually lead the market in a new direction. Ellis agrees. " I think it’s going to be immediate. Despite the fact that the industry’s been strapped for the last few years, I don’t see any reason we won’t see very profound effects within the next 2 years."

Home transfilling could have this kind of impact, Dumala says, because it takes into account both company economics and customers’ demands. The new system does raise the question, however, of what suppliers will do with the old inventory.

"I have no idea," Ellis says. "This new system is going to make the old systems obsolete."

For a time, the existing market for used equipment, which allows suppliers to recoup up to half the acquisition costs for some liquid systems, will be strong, Ellis says. "There are companies that are buying up the old inventory right now," he says. "That’s going to dry up as these new systems get out there and nobody’s buying the old technology anymore, so that’s an important reason to start buying these things now," Ellis says.

Unfortunately, the best oxygen delivery system in the world will fail if patients dislike it for one reason or another. Even if the industry as a whole welcomes home transfilling and individual suppliers make room in their product stocks for the new systems, patients could reject the technology and send it to an early death. Most industry watchers doubt this will happen, given the fact that home transfilling combines the immediate availability of liquid oxygen with the ease and safety of oxygen-conserving devices.

"So far, things are going well," Dumala says. "Patients feel this is advantageous to their lifestyle. We had one woman in particular who had a liquid system. She couldn’t wait for the oxygen delivery driver. She’s still working and wanted to be mobile any given day instead of wasting a day for that delivery. It has given her the freedom she requires." In fact, Dumala says, liquid oxygen patients are very comfortable with this piece of equipment compared to the other modality.

After receiving his first shipment (three home transfilling devices, with seven more on back order), Ellis immediately placed two in the field with long-term oxygen patients he felt would provide an honest critique. " We left their old system in the house and just asked them to try the new one," he explains. " We told them we’d come back in a week and see what they thought. Before the week was up, one of the patients called and said, ‘I love this thing. When are you going to get the old stuff out of here?’"

Ellis was less optimistic about the second patient, "but he said he loved it."

Today, six months after the first systems were delivered, patient compliance is well-received thanks to its convenience and portability, says Dumala, who at press time had a standing order of 200 systems. "We presently have 50 systems in play and they are receiving excellent reviews, and, more importantly, patients feel comfortable using the equipment. It’s the best modality for our customers at the present time," Dumala says. "It is the most practical set-up for our more ambulatory clients. This unit, with its transfilling system, is very user-friendly. Portability is going to have to be very user-friendly to survive."

For many HME suppliers, survival in the face of Medicare oxygen reimbursement cuts and ongoing fraud campaigns that have stiffened regulations for everyone remains the key. Home transfilling systems would have caused a ripple effect of change throughout the industry regardless of when they were introduced; however, they take on additional weight given the financial state of home health care. Preliminary feedback from suppliers like Dumala and Ellis indicates that home transfilling will live up to the challenge, but only time can tell.

Even today, some challenges remain that could keep home transfilling from having a widespread impact. For example, only small numbers of oxygen patients have used the devices. As more patients try the device (or, alternatively, refuse to try the devices), suppliers could find that the majority do not prefer it over existing oxygen delivery methods. Physicians and RCPs also play a role in influencing the market because patients tend to follow their advice about the safety and efficacy of an oxygen system.

The most important hurdles have little to do with efficacy and user preference, though, Ellis says. The first major stumbling block is the cost of the systems, he says. True, the systems feature a concentrator, a portable system, and a conserving device in one inclusive device, but "if you add up the cost to the supplier for each of those items individually and then double [the total], that amount equals the cost of this system," he says. "So, yes, it is costly compared to buying the pieces individually."

Such a wide up-front cost variance could turn off some suppliers, particularly those struggling to get by under new financial constraints. Ellis also points out, however, that leasing companies and other alternative buying arrangements could offset the cost problem. " There are a lot of systems in place now for the supplier not to have to put out the capital outlay," he notes.

"Capital investments is the major reason for not ordering a large quantity of units. We have more than 300 oxygen patients, and at $2,500 plus for the home fill system versus $750 for the concentrator, the only way to justify additional costs is in cost savings," Day says. "In time it will come down."

Dumala also worries that home transfilling has the potential to further erode payment levels. If the systems help suppliers reduce operational costs, HCFA may take that as a sign that reducing reimbursement levels by 25 percent was, in fact, an appropriate move. Worse, "home transfilling might also lead to more cuts through Medicare," Dumala says. He also points out that managed care companies may decide to start cutting payment levels as they see government agencies doing the same.

Despite all of the potential hurdles, however, Ellis and Dumala still believe home transfilling systems have a big future. "It gives patients total flexibility and independence to live the life that they want, and it makes all kinds of sense for the supplier in terms of the cost of providing it for the patient. It’s a win-win situation for everybody," Ellis says.

Kathryn Olson is a contributing writer for RT. 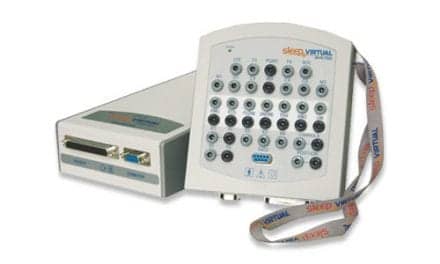 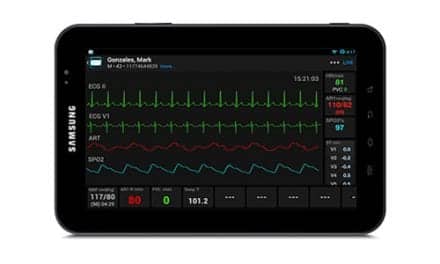 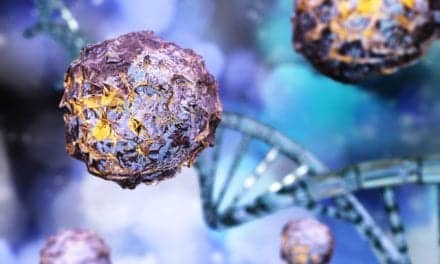