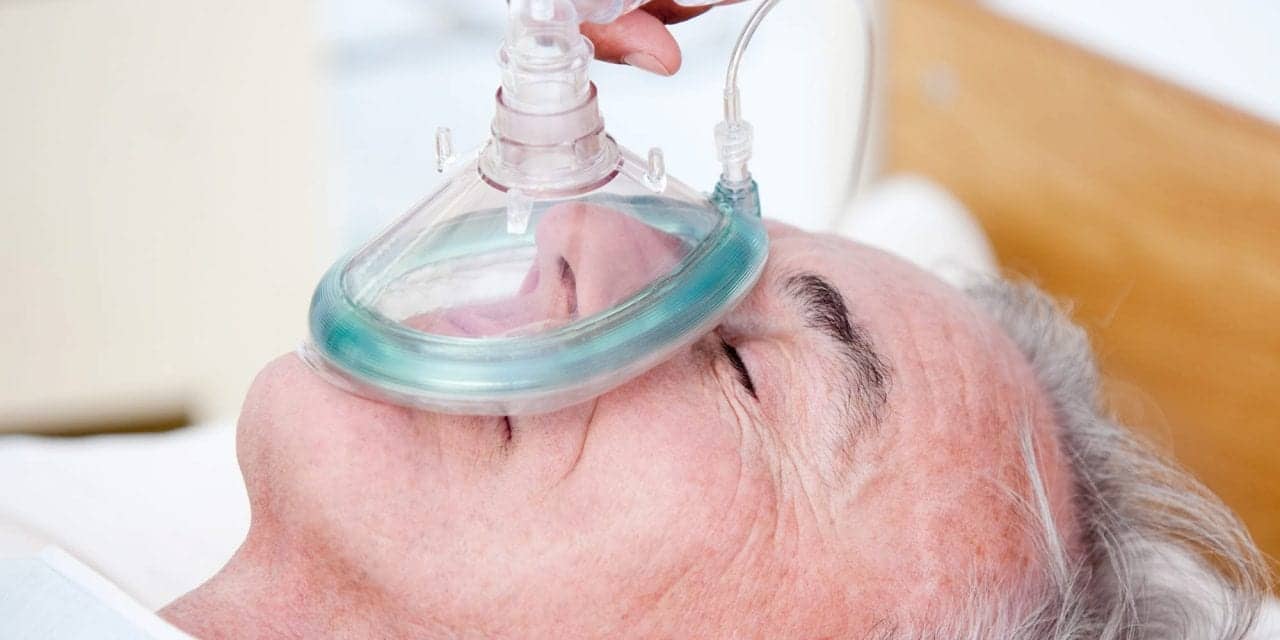 Medical professionals are reconsidering the efficacy of oxygen therapy for some end-of-life patients.

When Patricia Bomba visited her terminally ill godfather in the hospital, she was appalled to see him struggling to breathe through a BiPAP mask that covered his mouth and nose. A geriatrician and chair of Physician Orders for Life-Sustaining Treatment (POLST), she immediately instructed staff to replace the mask with a nasal cannula and administer a small amount of morphine. Within minutes, both she and the patient were breathing easier.

Scenes like this play out in hospital rooms and in home settings across the country on a daily basis. Individuals who are nearing death experience “air hunger” and the automatic tendency has been to administer oxygen. However, recent studies are questioning the need for and benefits of end-of-life oxygen.

Three years ago, Amy Abernethy, MD, and a multinational team of scientists evaluated 239 subjects at outpatient clinics in the United States, Australia, and the United Kingdom regarding the efficacy of oxygen administration at the end of life. Findings showed that approximately half of patients don’t benefit from oxygen therapy and those who do derive identical benefits whether treatment involves pure oxygen or room air.1 The researchers determined that once the healthcare provider assesses the effect of oxygen therapy on an individual patient, less burdensome strategies should be considered.

In another 2010 study, Mary L. Campbell, PhD, and colleagues conducted a double-blind, randomized, crossover study with 32 terminally ill patients.2 All participants, none of whom was in respiratory distress at baseline, were at high risk due to underlying chronic obstructive pulmonary disease (COPD), heart failure, pneumonia, or lung cancer, and had a Palliative Performance Score of 30 or less, indicating a median 9- to 14-day survival. Each subject received alternating 10-minute intervals of oxygen, medical air, and no flow for 90 minutes and was monitored with the Respiratory Distress Observation Scale to ensure that oxygen saturations did not change significantly during the trial.

Upon enrollment, 27 subjects were already receiving oxygen. At the conclusion of the study, 29 of 32 subjects experienced no distress, indicating they didn’t need the oxygen. The remaining three subjects became hypoxemic and distressed when they shifted from oxygen to no flow, and they were given baseline oxygen.

A more recent study out of the University of Bologna, Italy, examined the use of opiates in combination with non-invasive ventilation (NIV) versus oxygen therapy in patients with end-stage cancer.3 Of 200 subjects, 99 received NIV and 101, oxygen. Findings showed NIV to be more effective than oxygen in reducing dyspnea. Low doses of morphine proved to be helpful in both groups.

“These kinds of respiratory patterns are part of the active dying process. You have to understand what happens in the final days,” Bomba said. “Unique to each singular person is the process from when illness starts to imminent death. Oxygen issues differ and the physician should start with assessing the individual.”

Before deciding to administer oxygen, the family and the practitioner should consider the patient’s health status and goals. Patients with certain diagnoses, such as COPD and congestive heart failure (CHF), may already be receiving oxygen. “But if there were no respiratory problems before, then oxygen won’t help,” Bomba said. “Often the families don’t realize the person is dying.”

Although oxygen is given routinely in many cases, specific guidelines for this therapy continue to be a work in progress, noted Daniel Maison, MD, FAAHPM, medical director for palliative care at Spectrum Health in Grand Rapids, Mich. It is not always clear who will benefit, but he asserts that there are certain subsets that will find some relief. “Oxygen is very important to the quality of life. But you need to ask what are the aims of the treatment. Are you providing a sense of feeling better versus functionality?”

Maison pointed out that breathlessness is one of the most frightening and overwhelming experiences a person can have, but pinpointing the cause may help direct treatment. “There may not necessarily be just one cause. I was taught in medical school that how much oxygen you need is tied to the pulse oximetry reading. But when you can’t breathe, it could be tied to anxiety. There are tremendous physiological and psychological underpinnings. At the end of life, you have to figure out how oxygen plays into the Gestalt of the patient,” he said.

A Matter of Ethics

Whether to administer oxygen—and, more important, when to stop therapy—can become an ethical issue, according to Nathan Kottkamp, JD, partner at McGuire Woods LLP in Richmond, Va, and founder of National Health Care Decisions Day. Although he strongly advocates for advanced directives, which aim to clarify end-of-life decisions well before they are needed, he admitted these patient-driven wishes are often ignored. “I’m not diminishing the value of the documents. In a lot of cases, they are respected and followed, but there are outlier cases where you can appreciate why providers ignore them,” he said, citing family pressure as the primary reason for overriding the directive.

When the family requests oxygen against the patient’s wishes, the physician often complies; but the decision to cease therapy then becomes a challenge. “It’s hard to stop treatment once it is applied. Even when logic says to discontinue, there is a profound psychological barrier for providers to stop treatment if the family is challenging that decision,” Kottkamp said. “The authorized decision maker or family member is not always educated enough to be directing care. The real problem we face is that oxygen, like other courses of treatments, may end up in the realm of futile care. The best option is to talk about choices early and often and document those conversations.”

During the last stages of life, family members tend to feel a sense of helplessness. Demands to administer oxygen to a dying loved one may restore a sense of control to the family. “Comfort is key, whether perceived or real. The family will remember those last few days and weeks,” said Sharon A. Brangman, MD, professor of medicine, division chief of geriatrics at Upstate Medical University in Syracuse, NY, and past president and chair of the American Geriatrics Society (AGS).

She explained that, while a patient with an advanced directive has clearly expressed his final desires, at times this document could become the cause of contention. “Everyone’s definition of extraordinary measures is different. When the family gets upset at the patient’s wishes, it makes it hard to decide what to do. You have to honor the patient’s wishes, but also try to support and reassure the family,” said Brangman. “You have to have a comprehensive plan in place. The family is feeling helpless and concerned. A social worker or spiritual adviser might come in to support them. It’s hard to come down on one side or another of the issue.”

While oxygen therapy appears to be a benign treatment option, it comes with some possible negative side effects, noted Bomba. “Oxygen is expensive and noisy,” she said, adding that maintaining a cannula in the nostrils may cause dryness, bleeding, and discomfort for the patient. Whenever possible, she recommends shutting off the machine to enjoy some quiet time in which the family might pray, play music, or talk. “Stopping the oxygen won’t make the patient die,” she emphasized.

One of the biggest risks in administering oxygen at this stage is identifying the appropriate dosage, according to Vernon Brown, RRT, at Mercy Medical Center in Baltimore. “When you give oxygen, you need to determine how much to give.

If you use pulse oximetry and give oxygen based on the reading, you might be giving too much. High-flow oxygen dries out the nose and the throat and could cause the patient to choke. Also, the oxygen could cause toxicity,” he said. Achieving a comfort level for the patient is the first priority, noted Brown. To manage pain and anxiety, medications might work better than oxygen. He pointed out that if there is no shortness of breath, then respiratory difficulties may be related to anxiety and may dissipate with appropriate medication.

The most important aspect of oxygen administration at the end of life constitutes educating the family. “You have to accept certain things. It’s not easy for the family to watch a loved one struggle. Even for health care providers, it’s not easy,” Brown said. “We run into compassion issues and honoring the patient’s requests. But if the patient wants oxygen, this is what you should do. If it makes the patient more comfortable about their decision for the end of life, I don’t see the harm in it.” 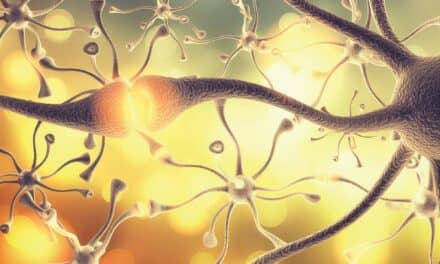 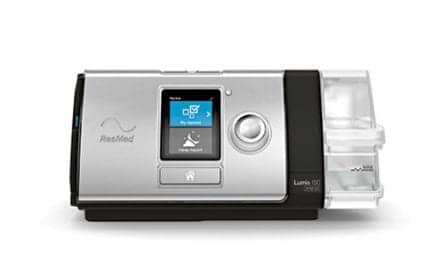