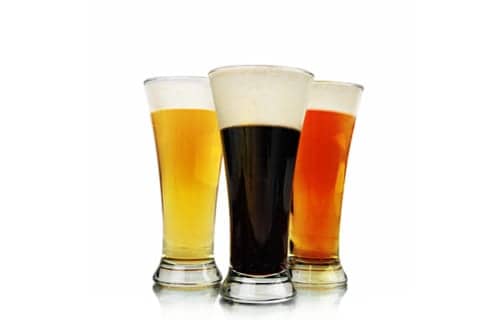 Heavy drinking damages the body in many ways. In addition to liver failure, alcoholics are at a much greater risk of developing pneumonia and life threatening acute respiratory distress syndrome (ARDS), for which there is no treatment.

Now, researchers at Thomas Jefferson University have discovered that one of the keys to immune system failure in the lung is a build-up of fat, a finding that offers both a novel explanation for lung disease and offers the possibility of a new treatment.

“We call it the alcoholic fatty lung,” says lead researcher Ross Summer, MD, an associate professor in the division of Pulmonary and Critical Care Medicine and the Center for Translational Medicine at Thomas Jefferson University. “The fat accumulation in the lungs mimics the process that causes fat to build up and destroy the liver of alcoholics,” he adds.

When people drink, liver cells begin to produce fat, possibly as a defense mechanism against the toxicity of the alcohol. Over extended and frequent alcohol exposure, the fat accumulates and heavy drinkers develop so called “fatty liver disease.” The fat build at first impairs liver function but can also cause scarring that eventually leads to liver failure.

The lungs, however, also contain a subpopulation of cells that make fat. Surfactant producing cells expel a fatty secretion onto the inner lining of the lung to keep the airways properly lubricated during breathing. Summer and colleagues wondered whether these surfactant cells might behave in a similar way to liver cells after extended alcohol exposure by also accumulating fat.

After extended exposure to alcohol in rats, the researchers noticed that surfactant cells increased their production of triglycerides by 100 percent and free fatty acids by 300%, compared to rats fed an non-alcoholic diet with the same number of calories. The researchers also noticed fat-up not only in surfactant cells but also in lung macrophages, which are immune cells that normally engulf and digest bacteria or sick cells in the lung.

“It’s likely that the macrophages try to engulf the excess fat in order to protect the cells in the lung, but in doing so, they become less effective sentinels against infection and disease,” said Summer. Indeed, the researchers showed that these fat-exposed macrophages were much less effective at killing bacteria than normal macrophages.

If the same process can be observed in humans — an avenue of research that Dr. Summer is currently exploring — it would suggest that that lipid lowering drugs (a class of drugs called fibrates) could be useful in treating alcohol-related pneumonia and in preventing the development of ARDS.