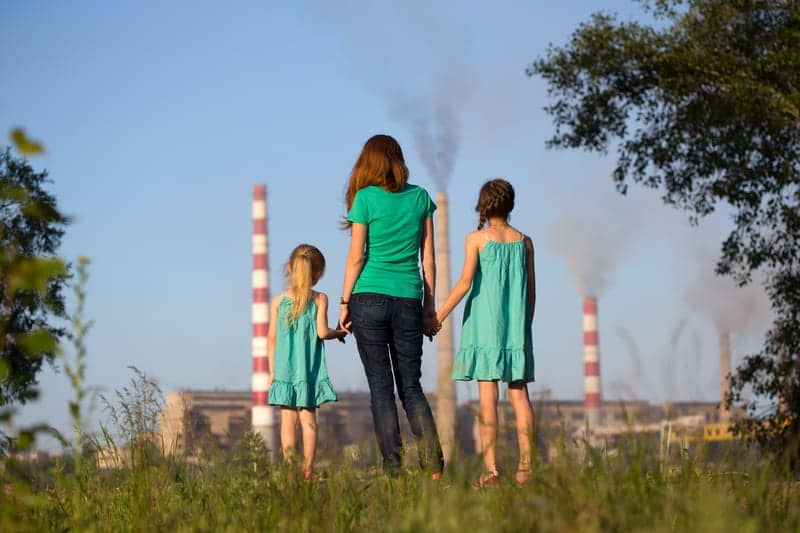 A new study finds that air quality in US cities has dramatically improved since the 1990s, but not enough to ensure that children’s lungs are not being damaged by pollution.

In the study, “Lifetime Exposure to Ambient Air Pollution and Lung Function in Children,” researchers found that children who were exposed to high levels of air pollution, including PM2.5 (fine particle matter) and black carbon (soot), had decreased lung function when compared to children who lived in less-affected areas.

For the analysis, the study included 614 children of women who enrolled between 1999 and 200 in Project Viva, a long-term study of the health of women and children in eastern Massachusetts. The team then calculated the distance between a child’s home and the nearest major roadway, and estimated first year of life, lifetime, and prior-year exposure to PM2.5 using measurements taken from satellites, and to black carbon exposure for the same time frames, using 148 monitoring stations. At age 8, the children underwent lung function tests.

The research team found that the lung capacity of 8-year-olds who lived within 100 meters of a major roadway was, on average, 6 percent lower than that of peers residing at least 400 meters away. Researchers also found that recent air pollution exposure negatively impacted lung function measures, and that children who experienced the greatest improvements in air quality after their first year of life — either due to a change of location or change in pollution levels around the home — had improved lung function compared to those whose air quality hadn’t changed or improved.