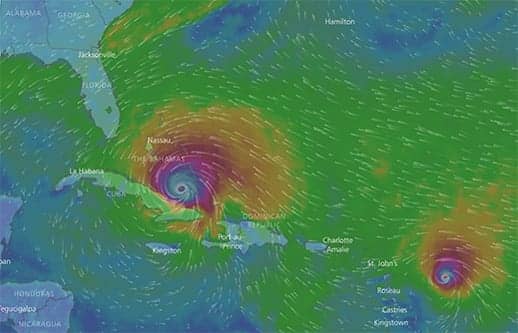 According to local media reports, EMS and disaster management personnel from several cities and states across the country are traveling to South Florida in anticipation of medical emergencies from this weekend’s impending landfall of Hurricane Irma.

Irma is currently a Category 5 hurricane with winds up to 180 mph. It has caused havoc on several Caribbean Islands and weather reports predict it will make landfall at the southern tip of Florida Sunday morning then continue Northeast.

Members of New York City’s Office of Emergency Management’s Urban Search & Rescue New York Task Force One, which includes FDNY, NYPD and EMS members, are being deployed to Florida in preparation for Hurricane Irma. The unit was called back from Texas following nearly two weeks of rescue operations there. Read more at www.amny.com

Officials with the Kentucky Board of Emergency Medical Services (KBEMS) say crews across Kentucky are standing by ready to answer the call to help if they need to. Read more at www.wkyt.com

Tennessee is dispatching a team of 151 members, including nurse strike teams, ambulance strike teams, search and rescue and others. They are expected to be there eight to 14 days. Read more at www.fox17.com

How Will Vaping Impact the Cost of Life Insurance Premiums?