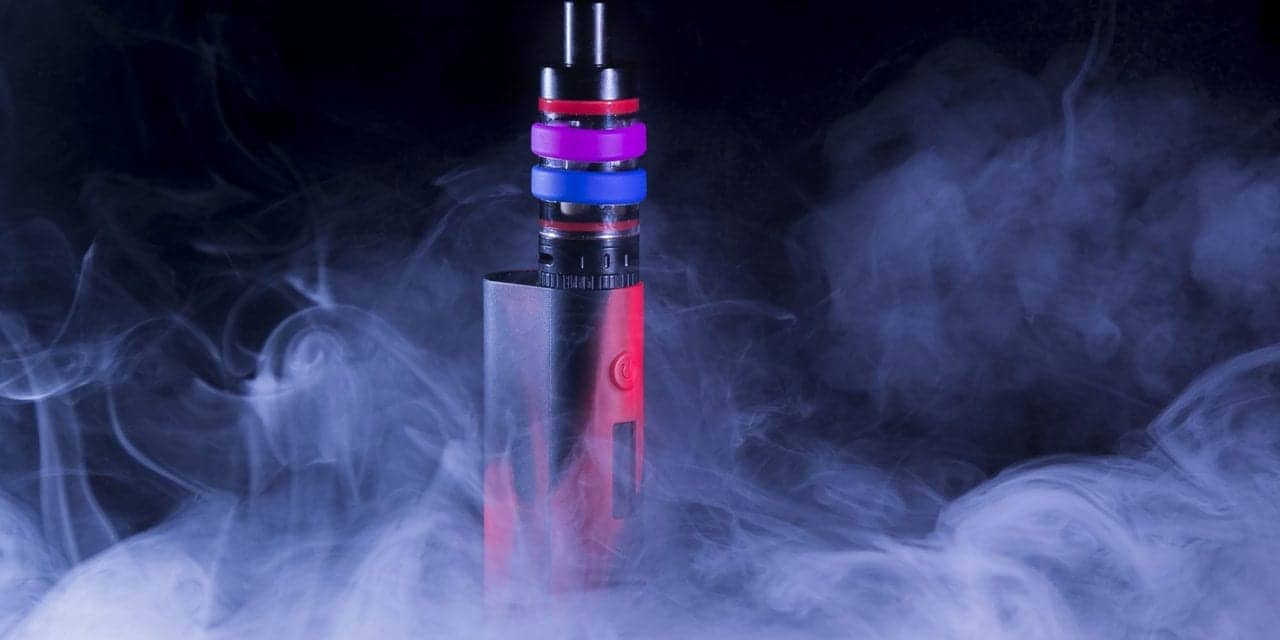 Exposure to e-cigarette vapor containing nicotine had no impact on the ability of Streptococcus pneumoniae strain TIGR4 to infect mouse models, according to new research published in Applied and Environmental Microbiology.

In light of the booming popularity of e-cigarettes and the rising number of deaths from vaping, a team of researchers from the University of Louisiana at Lafayette set out to determine whether e-cigarettes might boost the risk of pneumonia.

“S. pneumonia is the most frequent cause of pneumonia in children five years and under, as well as adults older than 65, and immune-compromised individuals,” according to the report. Exposure to smoke from conventional cigarettes is a critical risk factor for pneumonia.

In the study, the investigators compared the effects on S. pneumoniae of exposure to strawberry-flavored e-cigarette vapor containing nicotine, the same vapor with no nicotine, cigarette smoke, and with no cigarette-related exposure.

“Our work is part of a long series of observations coming from a number of research labs trying to define what effects e-cigarette vapor exposure may have on human health, and to differentiate between the effects of flavoring chemicals and nicotine,” says Kulkarni.

“Every day on my way to my classroom I see a lot of students vaping,” said Kulkarni. “We don’t know the effects e-cigarette vapor has on us or on our microbiome. Since our lab’s focus is bacterial respiratory infections, we decided to work on pneumococcus, which is a deadly pathogen and a colonizer of the upper respiratory tract.

Pneumonia causes about 50,000 deaths annually in the US, making it one of the greatest causes of death by infectious disease. “Exposure to cigarette smoke is a key risk factor for pneumonia because it affects the physiology and immune responses of the respiratory tract and augments the virulence of pathogens colonizing the nasopharyngeal mucosa,” according to the report.