As trust in the Food and Drug Administration wavers, several states have vowed to conduct independent reviews of any COVID-19 vaccine the federal agency authorizes.

But top health experts say such vetting may be misguided, even if it reflects a well-founded lack of confidence in the Trump administration — especially now that the FDA has held firm with rules that make a risky preelection vaccine release highly unlikely.

At least six states and the District of Columbia have indicated they intend to review the scientific data for any vaccine approved to fight COVID-19, with some citing concern over political interference by President Donald Trump and his appointees. Officials in New York and California said they are convening expert panels expressly for that purpose.

“We want to make sure — despite the urge and interest in having a useful vaccine — that we do it with the utmost safety of Californians in mind,” Dr. Mark Ghaly, California’s health and human services secretary, said at a recent news conference.

But scientists who study vaccine policy said such plans could backfire, confusing the public, eroding confidence in any eventual vaccine and undermining the best strategy to end the pandemic, which has sickened nearly 7.5 million Americans and killed more than 210,000.

“Do you really want a situation where Texas, Alabama and Arkansas are making drastically different vaccine policies than New York, California and Massachusetts?” asked Dr. Saad Omer, an epidemiologist who leads the Yale Institute for Global Health.

Separate state vaccine reviews would be unprecedented and disruptive, and a robust regulatory process already exists, said Michael Osterholm, an epidemiologist and director of the Center for Infectious Disease Research and Policy at the University of Minnesota.

“States should stay out of the vaccine review business,” Osterholm said. “I think the Food and Drug Administration is doing their job right now. Unless there’s something that changes that, I do believe that they will be able to go ahead.”

The administration has given reasons for states to worry. Trump has repeatedly signaled a desire for approval of a vaccine by the Nov. 3 election, arousing fears that he will steamroll the normal regulatory process.

The president wields “considerable power” over the FDA because it’s part of the executive branch of government, said Lawrence Gostin, faculty director of the O’Neill Institute for National and Global Health Law. The president nominates the FDA commissioner and can replace that official at any time.

Trump has already contradicted the advice of his own scientific advisers in order to promote unproven therapies to fight COVID-19. The FDA approved two treatments — hydroxychloroquine and convalescent plasma — without strong evidence of safety and efficacy after Trump pushed for the therapies to be widely available.

Late Monday, The New York Times reported that top White House officials planned to block FDA guidelines that would bolster requirements for emergency authorization of a COVID vaccine — because the new guidelines would almost certainly delay approval until after the election.

The White House’s actions undermine the agency, said Dr. Paul Offit, an infectious disease expert at Children’s Hospital of Philadelphia and a member of the FDA advisory committee on vaccines.

“Trump has perverted the FDA,” Offit said. “He has scared people into thinking that normal systems aren’t in place there anymore.”

But the FDA seems to be maintaining plans that would make it virtually impossible for a vaccine to be approved by Election Day.

Dr. Peter Marks, who heads the FDA division responsible for vaccine approval, has repeatedly said career scientists at the agency are working to ensure that political pressure isn’t a factor in any decision.

FDA reviewers are determined to “keep our hands over our ears to the noise that’s coming in from all sides and keep our eyes on the prize,” Marks said Monday in a JAMA webinar.

On Tuesday, the FDA pushed back against White House interference by publishing stricter guidance for vaccine developers on its website. The document instructs vaccine companies to follow patients for two months after their last shot in order to give researchers more time to detect serious side effects and ensure the vaccine works.

For now, supporters of the normal regulatory process are pinning their hopes on two advisory groups of respected scientists who will evaluate vaccines for safety and efficacy and send their recommendations to federal agencies.

The FDA’s advisory group, known as VRBPAC, will review data submitted by the pharmaceutical companies and the agency for any vaccine. The Centers for Disease Control and Prevention’s Advisory Committee on Immunization Practices, or ACIP, will weigh in on its use. Their recommendations aren’t binding, but the federal government has rarely contravened them.

Before jumping to independent reviews, states should allow ACIP and VRBPAC to do their jobs, said Dr. Marcus Plescia, chief medical officer of the Association of State and Territorial Health Officials. That’s the best defense against any political pressure, he said, and individual states likely wouldn’t have access to the data — or, perhaps, the expertise — to conduct their own reviews.

ACIP Chairman Dr. José Romero, who also is the chief medical officer for the Arkansas Department of Health, said the group has been meeting regularly since spring to discuss COVID vaccines and they’ve been able to proceed “in an unfettered fashion.”

“I have not felt pressured by the CDC, other government agencies or pharmaceutical companies to arrive at any particular recommendation,” he said.

Other safeguards are in place as well. Trump cannot simply override the FDA’s authority to approve drugs and vaccines, which comes from Congress.

“The president can influence the FDA, but it must be consistent with the FDA’s statutory mandate,” Gostin said. “The White House may not, for example, direct the agency to ignore science or use a lower scientific standard.”

Congress could sue the FDA for failing to follow its own standards, and a judge could issue a temporary restraining order blocking release of a COVID vaccine, Gostin said. Courts would require the FDA commissioner or health and human services secretary to have “valid, evidence-based reasons” for any decision.

“The commissioner or secretary may not act arbitrarily or according to political preferences alone,” Gostin said.

Individual states could not overrule the FDA’s authorization or approval of a vaccine, but they could wield their power in other ways. States distribute vaccines through contracts with the CDC, noted Dr. Kelly Moore, associate director of immunization education for the Immunization Action Coalition. They could say, “‘We will not place any orders until we’re sure,’” she said.

Although federal and state agencies play a crucial role in ensuring patient safety, they’re not the only entities looking out for patient interests, said Dr. Joshua Sharfstein, a former FDA deputy commissioner who is now a vice dean at the Johns Hopkins Bloomberg School of Public Health. Doctors and other medical providers won’t recommend a vaccine they don’t trust, he said.

“We have an entire health care system standing between politics and the patients,” Sharfstein said. “I think doctors are going to be very concerned if a vaccine is rushed.”

Even pharmaceutical companies that stand to profit from vaccines have a huge stake in protecting the integrity of the approval process. Nine rival vaccine makers took the unusual step last month of pledging not to release a COVID vaccine until it has been thoroughly tested for safety.

The bigger consideration, however, is how state-by-state vetting would affect consumer trust in a COVID vaccine — or any vaccine in the future, Plescia said. A recent KFF poll found 54% of Americans would not submit to a COVID vaccine authorized before Election Day.

“Are people going to mistrust the entire process?” he said. “We will get through COVID one way or another, but if we undermine confidence in public health, that would be a disaster.” 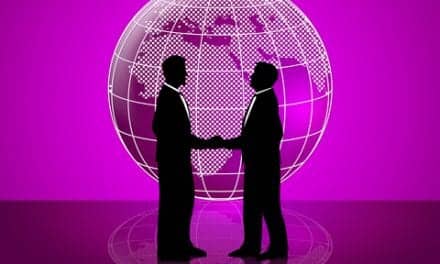