COVID-19 Reduced Lifespan by up to 9 Years

COVID-19 reduced lifespan by almost 9 years in New Jersey at its peak, according to an analysis in Plos One that introduces the metric “mean unfulfilled lifespan,” which estimates the impact on lifespan of temporary “shocks” such as the COVID-19 pandemic.

However, calculating changes in period life expectancy at birth does not adequately capture temporary shocks to mortality rates—such as those caused by natural disasters or the COVID-19 pandemic.

To better illustrate the impact of temporary disasters on average length of life, Patrick Heuveline of the University of California, Los Angeles developed a new metric dubbed mean unfulfilled lifespan (MUL). The MUL is the difference between the average age at death for those who died in a given timeframe, and the average age these individuals would have been expected to reach, if there had not been a temporary shock to mortality rates.

Heuveline then demonstrated the MUL by applying it to data from the ongoing pandemic. In particular, he showed how the MUL could be used to compare the impact of COVID-19 between different regions. For instance, using a rolling seven-day timeframe, his calculations suggest that MUL peaked at 8.91 years in New Jersey and 8.96 years in Mexico City. Considering the entire month of April 2020, MUL may have reached 12.7 years in the Guayas province of Ecuador.

Heuveline noted that uncertainties in MUL may arise from potential differences between reported and actual COVID-19 deaths, and explores how these issues can be accounted for when calculating MUL. 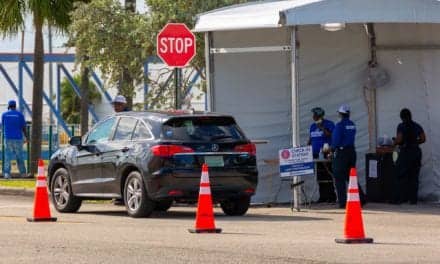