After a recall of its signature high-flow oxygen therapy product, Vapotherm has returned to the market with an FDA-approved redesign of its original product and a slate of new respiratory products on the horizon.

In some ways, 2005 was the best and the worst year for Stevensville, Md-based Vapotherm Inc. Founded in 1999 by William Cirksena and William Niland, the growing research and development company had installed 5,000 Vapotherm 2000i high-flow oxygen therapy devices in hospitals across the country and Europe.

But 2005 was also the year that a health care facility in Philadelphia reported detecting gram-negative bacilli (Ralstonia pickettii) in the Vapotherm 2000i product and posted a query on an Internet list server. That query eventually led to an FDA recall and a subsequent redesign of the 2000i to use sterile water cartridges instead of a tap water reservoir. Three years later, Vapotherm has not only retained many of its hospital clients, but has also learned valuable lessons from the recall experience. It will soon be introducing a next-generation high-flow device and a future line of home respiratory products.

From the beginning, Vapotherm has been a small company. Kevin Thibodeau, executive vice president of sales and marketing, says that company cofounder William Niland saw the poor compliance rates in oxygen therapy and believed he could find a way to make it more comfortable and less invasive, especially for high-flow oxygen therapy patients in acute care settings. Niland eventually licensed a technology that was able to generate a high flow of warm vapor to a patient through a cannula. The resulting 2000i device was designed to effectively replace more invasive oxygen delivery methods such as intubation and CPAP.

Thibodeau explains: “Historically, cannulas could only let you deliver very low flows of oxygen or air up to 6 L per minute. But if you properly heat and humidify it, you can actually go up to 40 L per minute. At those high-flow rates, you can accomplish some of the same things as more invasive technologies—ventilating patients and helping them to clear CO2.”

As a research and development company, Vapotherm remained very small. Then, in 2001, it received its first 510(k) clearance from the FDA for the 2000i device. From there, the company grew from four or five people to 55 employees today, with most of the manufacturing outsourced to facilities in the United States and abroad.

By 2005, Vapotherm was doing well, manufacturing 2,000 devices per year, according to Thibodeau. And then a query on a clinical list server asked if other facilities had noticed an unusual increase in the occurrence of Ralstonia associated with the use of Vapotherm or high flow.

As news spread, hospitals began to culture their 2000i devices to see if they could find any Ralstonia and contacted Vapotherm with their results.

“We talked to the CDC and the FDA all through this,” says Thibodeau. “There were varying reports, some of which didn’t make sense; others concerned us. We, ultimately, with an abundance of caution, thought that the best idea was to recall those devices to our facility and to perform a high-level disinfection to make sure that, if anybody did have any issues, they were eradicated.”

It was a painful but necessary decision. At that point, Vapotherm was basically a single product company, relying on the 2000i and its disposables for its only revenue stream.

Nevertheless, the company began working with the CDC to discover the root cause of the contamination and whether it was coming from the manufacturing process or somehow through use. An extensive investigation of partner facilities throughout the world revealed no sign of Ralstonia.

After further research and analysis, the company theorized that the culprit was none other than simple tap water. The 2000i was originally approved for use with tap water because it uses a vapor transfer cartridge that is able to filter very small particles of air and water. Yet some people were still finding Ralstonia.

“What was happening was that when people were doing the culturing, they were actually culturing the inside of the device … not necessarily what was going through the air side of the system to the patient, but what was in the reservoir,” says Thibodeau.

Tap water can contain Ralstonia, and if the 2000i’s disinfection process was not followed correctly between use by different patients, it was theorized that Ralstonia could be cultured in the device.

Consequently, to eliminate this risk of infection, the company realized that it had to make two fundamental changes.

Reconfiguring for Sterile Water and Single-Patient Use

Because tap water and maintenance procedures appeared to be the conduit for Ralstonia—or other pathogens—the company went to work to redesign the 2000i.

First, the device was modified so that it would use only sterile water bags rather than a tap water/reservoir system. Second, Vapotherm engineers made other contamination-susceptible components single-patient use, thereby further reducing the chance of cross contamination from any organism.

The new modifications were relatively simple to implement. About a year later, the FDA approved the changes. Vapotherm returned all of the recalled devices, completely reconfigured, serviced, and ready to use. But it remained to be seen how customers would react.

Thibodeau says, “Our first job was to convince the respiratory and neonatology community that we had identified any risks and solved any problems we had. So we had to make sure that we reinforced the disinfection procedure. Then we had to give them the other news that it was more expensive to use.”

However, Thibodeau points out that the spike in disposable costs was a temporary solution to get machines back into the hands of end users. The company is currently working on significantly less expensive disposables, which should become available in the near future when its next-generation device is released into the market.

When Vapotherm returned the reconfigured 2000is to their owners, Thibodeau says that reactions fell into three groups.

He says, “The first group were champions [of our device] and just wanted it back. We got it to those people very quickly, and they were off and happy using them. The second group was in the on-the-fence category. They were concerned about the cost and how hard it is to clean [the device]. The good news is that we’ve got the majority of that second group back as well.”

The third group of former end users either had moved on to other products or was concerned about the higher costs and extra maintenance.

Thibodeau says that Vapotherm is addressing both those concerns with the next generation of its products, which are currently being approved by the FDA.

Aside from these modifications, the company learned some other lessons as well.

“The good news is that what came out of this recall experience was diversification in our product line,” Thibodeau says.

As a young company, Vapotherm had been conserving its resources in order to support and market a single product, which resulted in holding all of its eggs in one basket.

Not only did the recall cause the company to speed up the development of a more diversified product line, but it also helped to improve the design of its next-generation system, Precision Flow, which had been in the final stages of development just before the recall.

After these adjustments were made, Precision Flow was revealed at the 2007 American Association for Respiratory Care (AARC) annual conference, though it is still awaiting final 510(k) clearance from the FDA. The new unit will integrate humidification, gas blending, flow control, and full alarm functionality into a single device for the delivery of nasal cannula-inspired gases.

To reduce the risk of infection, it will also feature a new built-in, modular water path, helping to reduce cleaning time.

Thibodeau says, “Now, instead of having to clean the internal circuit between patients, it’s simply thrown out in a disposable water module. The [staff] just wipe down the machine like they would any other device.”

In addition, the new unit has a backup battery that can be used for transporting a patient, and, as mentioned earlier, lowered disposable costs through both better engineering and changing suppliers.

The company is also poised to branch out into the home respiratory market, bringing high-flow therapy devices for long-term oxygen patients and for sleep-disordered breathing patients. Thibodeau could not release details about these devices until the FDA approval is final. The revamped 2000i will remain in Vapotherm’s product line as well.

“Facilities that have good cleaning departments and that have had no issues with their 2000i—and there are lots of those customers—may want to keep that fleet working,” says Thibodeau. “So we think it has its place, but the market will make that decision.”

Vapotherm is now looking to the future with customers who have seen past the recall and still believe in the product and its usefulness to patients and the respiratory community.

Thibodeau says, “For all of us here at the company, what drove us to persevere through that very challenging time was both medical and commercial. The medical side was for anybody who’s ever seen how high flow works. If you go into a NICU [Neonatal Intensive Care Unit] and see the very smallest of premature babies and what it’s like to put a simple nasal cannula on them for support, and see their parents be able to hold them—compared to more invasive modalities—you’re absolutely driven by a need to get that technology back into people’s hands.”

Perhaps another sign of the company’s turnaround is that its chief executive officer, Robert Storey, received Maryland’s 2008 International Business Leadership Award from the World Trade Center Institute (WTCI), a nonprofit regional membership organization that is funded by local Maryland business and the State of Maryland.

The award is given to those who show “exceptional business leadership, determination, and creative strategy in international business.” 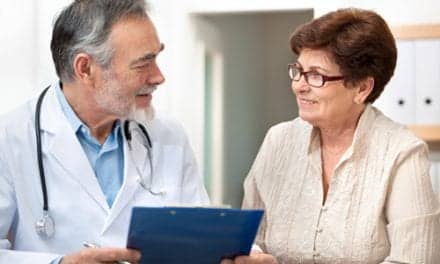 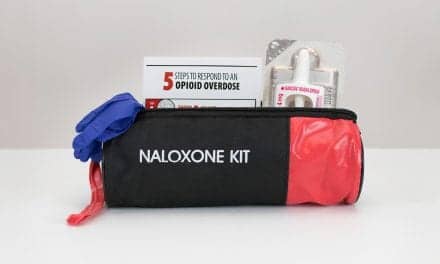