With the help of advanced technology, the multidisciplinary transplant team at University Hospitals Leuven, Belgium, successfully preserved a set of donor lungs for more than eleven hours – the longest period ever reported.

The patient, who suffered from chronic lung failure, developed sudden acute liver problems and went into a coma. According to Dirk Van Raemdonck, who helped perform the surgery, the only surgical option for a patient with a terminal lung disease and a terminal liver disease is a combined lung and liver transplant. However, double transplants pose a serious timing problem.

The lungs were not put on ice as they usually are, but were preserved using the OCS LUNG technology from TransMedics that provides continual flushing and oxygen at room temperature. According to the company, the OCS LUNG is a portable perfusion, ventilation, and monitoring system that maintains the organ in a near physiologic state. The system enables surgeons to perfuse and ventilate the organ between the donor and recipient sites.

The OCS LUNG also provides an analysis of lung quality and can even improve lung function in anticipation of the transplant. Similar technology exists for kidneys, and results show that older kidneys preserved using the technology functioned better immediately after transplantation compared to kidneys that were preserved on ice. 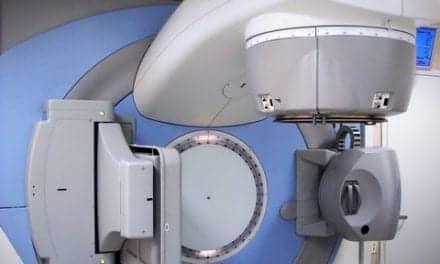