Obstructive sleep apnea (OSA), which occurs when airflow is completely or partially blocked during sleep, is one of the most common sleep disorders in the United States today. Since two of the risk factors for OSA, being older and being overweight, are increasing as the Baby Boomers reach middle age, OSA is increasing as well. Additionally, advances in knowledge about sleep, sleep disorders, and the consequences of sleep deprivation have made both professionals and lay people more aware of sleep problems. With this awareness has come an increasing demand for sleep testing—and pulse oximetry is an integral element in sleep studies.

A full sleep study—called a polysomnogram (PSG)—is usually done in a sleep laboratory or clinic and consists of an array of sensors, each one recording a specific physiologic parameter (see Table). Pulse oximeters are an integral part of a full PSG array, because they are necessary for the diagnosis of OSA and for ruling out sleep apnea as a cause for sleep disruption related to other conditions. Many sleep conditions occur in combination, so even when a person in whom the diagnosis of something other than OSA (narcolepsy or insomnia) seems assured, it is important to maintain a level of suspicion and monitor oxygen saturation (Spo2) as well as sleep stages and movement.

The advantage of pulse oximetry in determining oxygen saturation is that it is noninvasive and can therefore yield a continuous measurement. The most commonly used oximeters employ a light transmitter and a receiver that are placed on both sides of a narrow body part. Although this type of oximeter is usually applied to an ear for a sleep study, it also can be applied to a finger or a toe. The key point is that the oximeter must be able to detect pulsations within the body part to which it is applied. There are also oximeters that detect the reflection of transmitted light from the same surface to measure oxygen saturation, and they can be placed on surfaces such as the forehead.1

Poor blood flow, such as occurs with vasoconstriction, low blood pressure, and some movements, can lead to decreased pulse intensity, which causes artifacts secondary to loss of the blood flow signal. Similar errors in estimates are seen in obese people. Low or abnormal hemoglobin (anemia or diseases such as sickle cell anemia) also can lead to artifacts related to overestimating desaturations, while increased methemoglobinemia or carboxyhemoglobinemia (as found in most smokers) can lead to underestimation of desaturations.2

OSA is diagnosed when airflow detected by the nasal thermistor is low (hypopnea) or absent (apnea), despite detection of respiratory efforts by the abdominal and thoracic belts. Apnea is defined as complete absence of airflow for at least 10 seconds, although some include in the definition a decrease of airflow to 10% or less of baseline flow, whether or not oxygen desaturation occurs. Hypopnea is usually defined as decrease in airflow of 30% in the presence of oxygen desaturation of at least 3% to 4%. A diagnosis of OSA is made if the mean sum of apneas plus hypopneas per hour (AHI) is five or more.1 Although people with severe OSA (AHI =30) can often be diagnosed without including hypopneas, people with mild or moderate OSA may need to have documented hypopneas to be diagnosed.

Central sleep apnea (CSA) is loss of airflow for at least 10 seconds, during which there is no respiratory effort. Although CSA often is accompanied by some degree of OSA, it also may be related to instability of ventilatory control (as occurs in Ondine’s curse), congestive heart failure (which can lead to Cheyne-Stokes respirations), or increased responsiveness to hypercapnia in idiopathic CSA. Oxygen desaturation is not considered in diagnosis of CSA.1

Sleep studies are classified as either attended, with a registered sleep technician (RPSGT) present, or unattended, and performed either in a sleep laboratory/clinic or in a home (portable monitoring). Because a major portion of the cost of a PSG is the time of the sleep tech supervising and later interpreting the study, most at-home studies are unattended. Studies are divided into four types:

Type IV: device with one to three channels (typically including pulse oximeter), unattended.3

Interpretation of Type I sleep studies is customarily performed by an RPSGT and reviewed by a physician, preferably a board-certified sleep specialist. When OSA is diagnosed, the patient is prescribed appropriate therapy, which can be surgery (usually an uvulopalatopharyngoplasty), dental treatment (advancement of the lower jaw to widen the airway), or a second PSG to titrate CPAP. Pulse oximetry is an essential part of this study. CPAP pressure needs to be titrated, not just until apneas disappear, but also the hypopneas accompanied by desaturations. Often it is the desaturations that cause the frequent arousals from sleep that are characteristic of OSA, and appropriate CPAP pressure prevents both the desaturations and the accompanying arousals.

In March 2008, the Centers for Medicare and Medicaid Services (CMS) published a new policy on reimbursement for sleep studies. Basically, it stated that it would continue to pay for full in-laboratory sleep studies, and additionally would cover at home (unattended) Type II and Type III studies and Type IV studies that monitor at least three channels (the policy did not specify which three physiologic parameters should be monitored).4 For those diagnosed with OSA, CPAP therapy would be covered for 12 weeks, and longer coverage would be available only for those who demonstrated “improvement in OSA” (CMS neglected to state how such improvement would be measured).5 In contrast, recommendations by the American Academy of Sleep Medicine (AASM) state that unattended at-home sleep studies should monitor, at minimum, airflow, respiratory effort, and blood oxygenation.4

One of the problems in using pulse oximetry alone to diagnose sleep apnea is that it does not work as well in mild sleep apnea as it does in more severe disease. Although most pulse oximeters have a sensitivity of 100% and specificity of 95% in people with 25 or more desaturation events per hour, this drops to 60% sensitivity and 80% specificity in people with five to 15 desaturation events/hour.6 Additionally, not all pulse oximeters are equivalent in their ability to detect the 4% desaturations necessary to detect hypopneas.7 These difficulties explain why CMS requires monitoring of at least three channels for reimbursement of an unattended sleep study.

Type IV studies, at-home ambulatory pulse oximetry plus monitoring of one or two additional parameters, do have their pitfalls. One problem with such use is that the oximeter can not measure sleep, and therefore cannot help differentiate between artifact related to movement of the oximeter, drop in oxygen saturation related to breath holding during wakefulness, and drop in saturation secondary to cessation of breathing during sleep. Even when desaturations are detected, the apnea-hypopnea index may be artificially low, because the total desaturations are divided by the length of time the oximeter was used, not the length of time actually spent sleeping.8 Evaluation of heart rate or arterial tonometry may help differentiate among the reasons for drop in Spo2.

Although the technology for many devices used for portable sleep monitoring includes proprietary computer software to interpret the studies, the AASM recommends that interpretation of unattended studies be reviewed by board-certified sleep specialists, keeping in mind the results of a complete assessment of the individual. If a diagnosis of sleep apnea is made, the individual would then undergo an attended PSG for CPAP titration, or have surgical or dental treatment prescribed.

Because of the rate of false negatives for OSA in unattended sleep studies, the AASM also recommends that home oximetry studies be followed up with full in-laboratory PSG if the record from the study is of poor quality or if the diagnosis of OSA could not be made when the person has a high probability of the condition (for example, is overweight, snores, and suffers from excessive daytime sleepiness).3

Several pulse oximeters on the market have the capability of continuous monitoring of Spo2 and storing the data. Most include heart rate monitoring as well, which qualifies them to be used in a Type IV portable monitoring sleep study. (Since these devices monitor only two parameters, however, they might not qualify for Medicare or Medicaid reimbursement.) On these devices, the fingertip sensor connects by a short cord with the monitor, which is worn on the wrist and stores between 24 and 80 hours of Spo2 and heart rate data. They connect to a computer for downloading and interpretation of data.

One solution to the lack of information in an oximetry study is the use of multiple channel recording devices, which are applied at home by the person undergoing the sleep test, thus qualifying as Type III or, with some devices, Type II studies. One widely used device is worn on the forehead and uses reflectance oximetry to monitor Spo2, and pulse rate, a nasal cannula with a pressure transducer to monitor air flow, an acoustic microphone to monitor snoring, and accelerometry to monitor head movement and position. This device has been shown to have high specificity (0.76 to 0.92, depending on severity) and sensitivity (0.91 to 0.98, depending on severity) for sleep-disordered breathing. More important, its identification of apneas and hypopneas during which the patient desaturated at least 4% (AHI4%) had a high correlation with the AHI4% identified by a simultaneous full in-lab PSG (intraclass correlation coefficient = 0.95).9

In order to get the best results from sleep oximetry, use of an appropriate sensor is vital. Many oximeters come with a clip-on type of sensor, which is held in place on the fingertip by a spring-loaded clip. This type of sensor can become uncomfortable if worn for an extended period of time, and is likely to be dislodged during sleep by the wearer. During an in-laboratory study, the attending RPSGT would quickly notice the loss of signal and could reapply the sensor. Of course, doing so might wake the sleeper, adding arousals and awakenings to the PSG recording and confounding the study’s findings. If the sensor is dislodged during an unattended study in the person’s home, the study may not have enough data to diagnose or rule out OSA. Preferred sensors for a sleep study include a soft rubber finger cap, whose placement can be guaranteed with the addition of a piece of tape, or a small flat sensor that is attached to the finger with an adhesive wrap.

No matter what kind of sensor or monitor is used, sleep studies should always include data on blood oxygenation in the recording. OSA is too common a problem to run the risk of not discovering it. 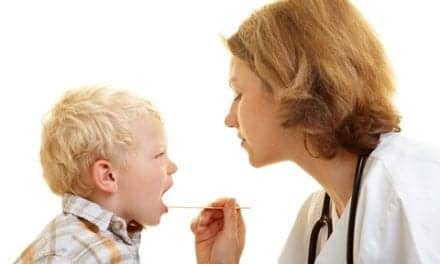 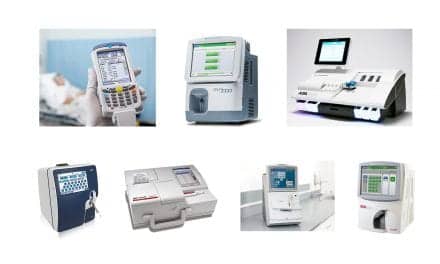