The Meter Is Running

Become a student of change. It is the only thing that will remain constant —Anthony J. D’Angelo

Being an RT means accepting and embracing changes—in technology, regulations, budgets, and protocols, to name a few. And now comes another opportunity for RTs to become instruments of change: In less than 2 months, CFC (chlorofluorocarbon)-propelled metered dose inhalers will be a thing of the past. Thanks to the Montreal Protocol on Substances that Deplete the Ozone Layer, hydrofluoroalkane (HFA) inhalers, with a few exceptions, will be the only game in town.

The Montreal Protocol is an international treaty designed to protect the ozone layer by phasing out the production of a number of substances believed to be responsible for ozone depletion. Entered into force on January 1, 1989, it has undergone several revisions and, if it is adhered to, the ozone layer is expected to recover by 2050.1 This is truly an example of unprecedented international cooperation.

Many of the substances listed in the treaty are no longer used. CFC propellants used in some metered-dose inhalers considered “essential use” to treat asthma and other respiratory problems are an exception. Albuterol CFC, in the spotlight of the discussion about essential use, will no longer be available after December 31. Some believe albuterol CFC should retain its essential use status, due to the higher cost of HFA inhalers, which could impact poor, uninsured patients; although several pharmaceutical companies have instituted programs that provide free samples, discounts, and coupons for free or discounted products—some patients can get help from CMS. And one must weigh the cost of these non-CFC inhalers (approximately $118 million over the period 2009-2017, when the patents will run out) against the cost to public health if we do not protect the ozone layer ($4.3 trillion and 6.3 million American lives).2

In addition to the increased cost, there are some other differences between CFC and HFA inhalers: Patients might find that the spray of medication from the HFA inhaler feels different—softer than that of CFC inhalers. This has caused some patients to worry that they are not getting the right dose. Another difference is that if used without a spacer, the HFA inhaler is placed between the teeth, rather than away from the mouth. Cleaning the inhaler to prevent clogging and properly priming the albuterol HFA inhaler are very important to ensure that the medicine reaches the lungs. Albuterol HFA inhalers come with directions for washing, drying the mouthpiece, and priming.3

The differences in the HFA inhalers will mean that RTs will need to educate themselves in the use and maintenance of such inhalers and then re-educate their patients. Seems like a hassle, perhaps, but a small price to pay for helping to ensure Earth’s safe future—a change for the good. 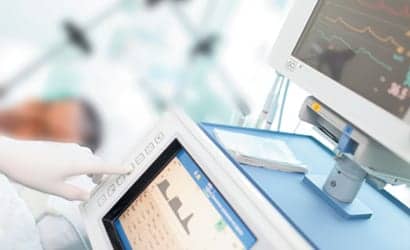