The Medium Is the Medication


Eight months into the switch to hydrofluoroalkane (HFA) inhalers, asthma patients are still benefiting from albuterol, but many are also spewing venom. Despite more than a half year to adjust to the switch from chlorofluorocarbons (CFCs), a quick look at the message board at www.consumeraffairs.com yields more than 350 separate complaints about the newly mandated HFA inhalers—designed to eliminate CFCs and slow down ozone degradation. Despite the public outcry, pharmaceutical companies are consistently decreasing production of CFC albuterol inhalers and, at the same time, increasing production of HFA albuterol inhalers.

Following the lead of other countries, the United States mandated the switch this year by empowering the US Food and Drug Administration (FDA) to require albuterol manufacturers to use HFA propellants. “The FDA thinks it is environmentally friendly, but in the end it will cost the lives of many people,” writes one poster to Consumer Affairs. The sentiment is echoed on more than 35 Web pages contained within the site.

Are the HFA complaints warranted, or are people just naturally resistant to change? “Controlled studies have shown that HFA yields the same dose of albuterol, and there is no difference with the CFC inhalers,” says Tim Op’t Holt, EdD, RRT, AE-C, FAARC. “As opposed to a problem with the delivery mechanism, it comes down to the variation in how people have taken it. I think that people are going to get used to it.”

According to Daniel More, MD, writing for About.com, the cost of HFA delivery is significantly higher due to the absence of generic HFA albuterol inhalers. With three brands on the market, options are also limited.

With the Obama administration’s emphasis on environmental concerns, Op’t Holt, who is professor of cardiorespiratory care at the University of South Alabama, Mobile, says it is unlikely that CFC propellants will make a comeback. Instead, he emphasizes that HFA inhalers can work if asthma educators forge a renewed commitment to properly informing patients. “For the patients that I work with, I have not had a problem,” reiterates Op’t Holt. “All MDIs [metered dose inhalers] that use HFA have specific instructions for priming before the first use. Patients should also know that the medication will sometimes evaporate from the dispensing part of the canister. If patients have not used their albuterol for a while, they may go to use it, squirt it a couple of times, and find that nothing comes out. That is because of the evaporation. Dropping the unit also loses the prime.”

Op’t Holt emphasizes that asthma educators are the natural antidotes to the verbal venom of patients who are used to CFC propellants. Calling the HFA preparations a “little sticky,” Op’t Holt acknowledges that complaints are inevitable since crust can build up around the nozzles of HFA MDIs. The solution, he says, is for patients to look at the nozzle every so often, rinse it, or use a cotton swab to clean the crust away—taking care to follow manufacturers’ instructions.

Bill Pruitt, MBA, RRT, CPFT, AE-C, says cleaning the HFA device once a week will likely get the job done. While acknowledging these cleanings were unnecessary with the CFCs, he believes a concerted effort to bring back CFCs would be fruitless. “If the government says it’s a CFC issue with the ozone and has mandated the change to HFA, I guess we have to say OK and go with it,” says Pruitt, senior instructor and director of clinical education in the Department of Cardiorespiratory Care at the University of South Alabama, Mobile. “You certainly have a softer, warmer plume with HFAs, while the aerosol out of CFC inhalers was quick and may have had more physical impact in the upper airway. If patients are using HFAs over the course of 2 to 3 weeks and not cleaning the nozzle, they may not be getting all the medication because it is clumping and sticking. You must thoroughly explain all of this to patients.”

And make sure you do it in a simple way when giving out any written material, adds Pruitt. Handouts should be written at around the fifth or sixth grade level. After all, when you have been doing this for a while, jargon may creep into your descriptions. “Take out the big words,” says Pruitt, a 30-year veteran in the asthma education field. “Use bullet points and pictures. Ask patients to explain instructions back to you, and have them tell you what you just told them.”

The final ingredient is an actual demonstration. Demonstrate for patients, and let them show you their technique. Even among longtime patients, Pruitt says it is wise to assume nothing. Experienced MDI users could be using the wrong technique, since it is likely that no one has actually taken the time to enlighten them. “A current problem with demonstration of MDI technique is the near absence of placebo inhalers, which are needed for the clinician to perform a demonstration,” laments Pruitt. “This is an issue that must be addressed by the drug manufacturers.”

When it comes to getting paid, different reimbursement codes go with different times and fluctuate based on the number of people being educated in a given session. Payors most likely to be approached are various private insurance companies and probably Medicaid. “Among the different groups that I’ve heard from,” says Op’t Holt, who is scheduled to speak on the morning of July 31 at the Association of Asthma Educators’ Annual Conference in New Orleans, “they have basically said that they have had to go to their major payors and negotiate what they will pay for asthma education. It is going to be one amount in Maine, another in Michigan—and still another in Arizona.”

Prior to the first appearance of metered dose inhalers (MDIs) in the 1950s, asthma patients routinely received shots of epinephrine to combat attacks. And before aerosolized drugs, a squeeze-bulb atomizer could deliver a breath of epinephrine, but this solution was not ideal.

Clinicians used to look at asthma as predominantly a bronchospasm issue, whereby people would be exposed to a trigger and then experience an acute attack. According to Bill Pruitt, MBA, RRT, CPFT, AE-C, researchers eventually concluded that asthma’s inflammation component had been underestimated, and the renewed focus ultimately changed how clinicians fought the disease. “Finally, we started using inhaled steroids,” says Pruitt, senior instructor and director of clinical education at the University of South Alabama, Mobile. “By inhaling steroids, you avoid the drug’s systemic issues such as bone density loss and even a retardation of growth.”

Tim Op’t Holt, EdD, RRT, AE-C, FAARC, estimates that the first dry powder inhaler he encountered contained albuterol, which is no longer available (in dry powder). Now many different drugs, including desirable corticosteroids, are available as dry powder inhalants. “The MDIs have or will shortly all contain HFA as the propellant,” says Op’t Holt, professor of cardiorespiratory care at the University of South Alabama, Mobile. “There are only a couple of drugs that still have the exemption for the CFC propellant. Everything else is either a multi- or single-dose dry powder inhaler, or a pressurized metered dose HFA inhaler.”

Dry powder inhalers bring their own issues, cautions Pruitt, because patients must be able to generate enough inspiratory flow to actually inhale the powder out of the device. Other devices, such as vibrating mesh or handheld, battery-operated ultrasonic nebulizers, can create aerosols—and new devices are always being pondered.

The drug’s delivery system is so important because efficient delivery means less time spent administering medication. “If patients have something that involves a treatment four times a day that takes 10 minutes each versus using an MDI once a day—or using a dry powder inhaler once or twice a day,” muses Op’t Holt, “it is much more likely that patients are going to be adherent.” 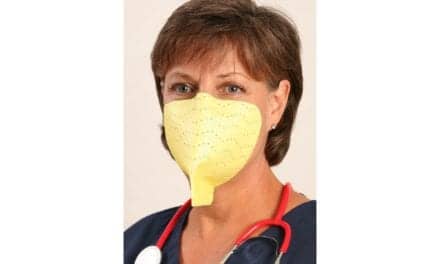 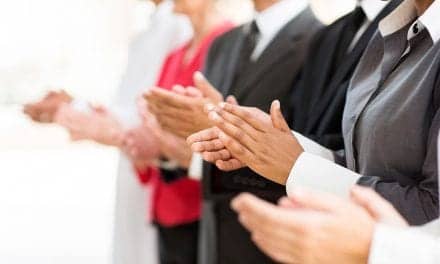 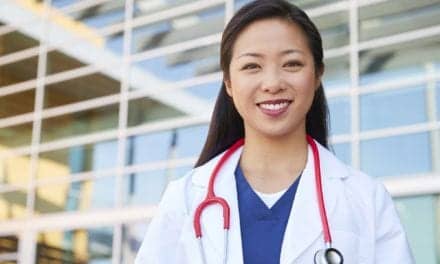