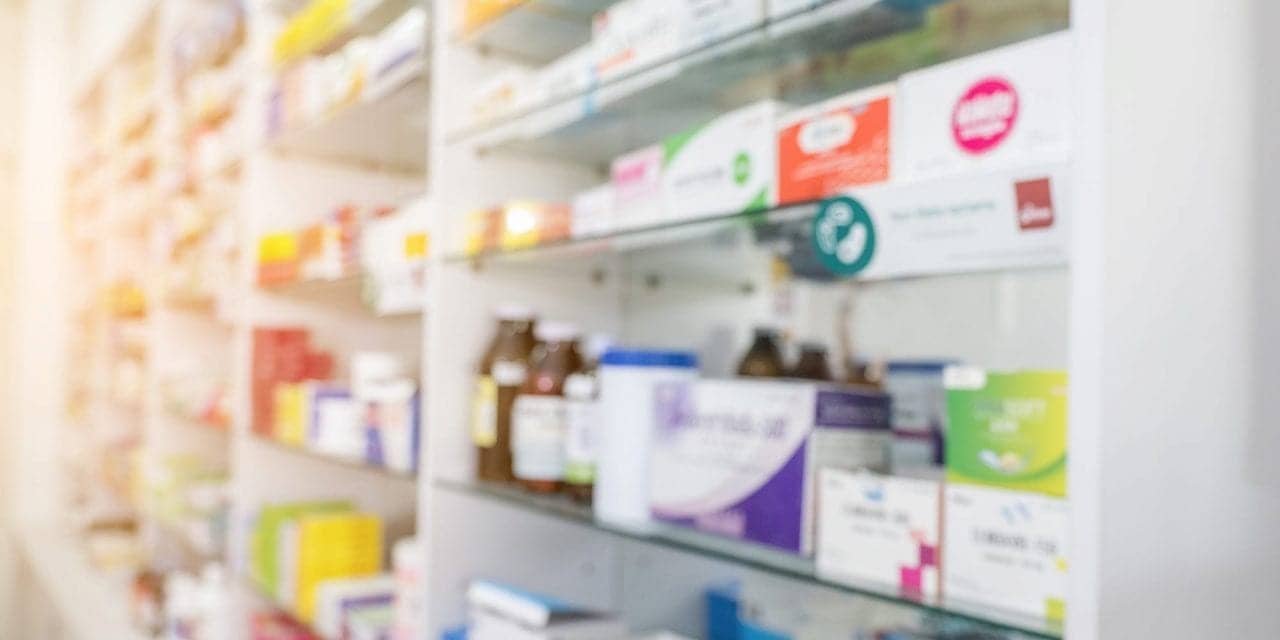 Respiratory therapists are often some of the few resources to offer expert help in finding alternative respiratory medications for patients who experience side effects.

Many respiratory drugs are given by inhalation, although enteral, parenteral, transdermal, or topical routes of administration may be used for some agents. Giving medications by the inhaled route has several advantages over systemic administration: a smaller dose can be used, adverse effects are often reduced, the drug is delivered quickly to lung tissue or the bloodstream, administration is painless, and delivery is usually safe and convenient.[1]

These are the most frequently used inhaled medications. Bronchodilators can be subdivided into sympathomimetic (adrenergic) drugs and parasympatholytic (anticholinergic) drugs, as well as being classified as short acting or long acting. The adrenergic drugs stimulate the sympathetic nervous system, while anticholinergic drugs block the parasympathetic system. Adrenergic agents work to cause bronchodilation; anticholinergic drugs block bronchoconstriction. Short-acting drugs are effective for 4 to 6 hours and long-acting bronchodilators generally last about 12 hours.

Albuterol is a commonly used bronchodilator and is a short-acting ß2-adrenergic agonist (SABA). Salmeterol is delivered in a dry-powder inhaler (DPI) and is a long-acting ß2-adrenergic agonist (LABA). Levalbuterol is the R enantiomer of racemic albuterol and is a frequently used inhaled drug for bronchodilation. This is a single-isomer drug (the other isomer has been removed). More single-isomer medications are being developed and released for use because these drugs tend to reduce adverse effects such as tremors and tachycardia.

Recently, formoterol was added to the list of adrenergic agents; it is a LABA. Formoterol is administered using a DPI. In October 2006, the US Food and Drug Administration approved the R-R enantiomer of formoterol for marketing as arformoterol. This drug is a single-isomer formulation indicated for use in chronic obstructive pulmonary disease (COPD). Arformoterol is not indicated for acute problems and is not approved for use in pediatric patients. It is administered twice daily and supplied as a 2-mL unit dose for nebulization. Each dose contains 15 µg of arformoterol with isotonic saline as the diluent. It should not be used in conjunction with any other LABA.

The SABA medications are used to provide short-term relief from the bronchospasm and shortness of breath most often associated with asthma and COPD. The LABA medications are for longer-lasting relief and are also useful in treating asthma and COPD. Rau[1] lists 12 inhaled adrenergic bronchodilators. In the current practice of respiratory care, however, four or five of these are commonly administered.

Anticholinergic medications provide relief from bronchospasm and shortness of breath. They can be used alone or in combination with SABA and LABA. They are frequently prescribed for patients with asthma or COPD. Of the anticholinergic drugs, respiratory therapists are probably most familiar with ipratropium. Ipratropium works at the muscarinic receptors and blocks transmission of the parasympathetic response. The combination of albuterol and ipratropium has a significantly better effect than one or the other alone.[1] A newer formulation of this type of bronchodilator is tiotropium, which targets more specific muscarinic receptors. Tiotropium has a longer pharmacological half-life and promotes bronchodilation for 24 hours.[2]


Many patients with congestive heart failure, coronary-artery disease, or hypertension take medications that block the ß1-receptors. These ß-blockers could also be termed sympatholytics. Upon the initial release of these drugs in the 1960s, physicians were advised to avoid using them to treat patients with COPD or asthma (due to the possibility of bronchospasm). As the ß-blocking drugs have become more specific to cardiac receptors, however, this potential problem has been eliminated, and the use of cardioselective ß-blockers has become common in patients who also have COPD or asthma.[3-4]

Corticosteroids are anti-inflammatory glucocorticoids used primarily for patients with asthma, but they are of some use in COPD as well (particularly for patients with severe COPD and frequent exacerbations). Corticosteroids inhibit many of the cells involved in the inflammatory response (such as eosinophils, T-lymphocytes, mast cells, and dendritic cells[5]) and help to increase the diameter of the airways by reducing swelling. By inhaling these medications, patients minimize many of their systemic adverse effects, which can include suppression of the hypothalamus, pituitary, and adrenal glands; osteoporosis; mood changes; fluid retention; hypertension; an increased white–blood-cell count and a shift in the normal differential; cushingoid appearance; and growth restriction.

Nonetheless, some adverse effects are associated with inhaled steroids. These include oral candidiasis, hoarseness and changes in the voice, and cough. These problems can be minimized through the use of a spacer with a metered-dose inhaler (MDI), along with brushing the teeth and gargling to help reduce residual medication in the oropharynx after using the inhaled medication. Recently developed inhaled steroids provide long-lasting drug coverage that does not require the patient to take multiple puffs from an inhaler, helping to increase compliance. Fluticasone, budesonide, and (most recently) mometasone have become popular as effective steroids that reduce the number of puffs needed; mometasone, for example, can be effective for some patients who use just a single puff of 220 µg in the evening. Some inhaled steroids developed earlier required as many as four to 10 puffs at a time to manage symptoms. Budesonide has an advantage over other steroids in that it can be nebulized; every other steroid used in the United States is available only as a DPI or MDI.

Nedocromil and cromolyn sodium are older, well-known drugs. Both work to stabilize mast cells and prohibit release of asthma-related chemical mediators such as histamine, leukotrienes, and cytokines from the mast cell. Both drugs are included in the 2002 National Asthma Education and Prevention Program (NAEPP) guidelines[6] and the 2006 Global Initiative for Asthma (GINA) guidelines.[7] The third drug in this category is omalizumab, which is injected subcutaneously every 2 to 4 weeks to treat patients with refractory, severe asthma. These three drugs are not used to treat COPD, since problems with mast cells do not appear to be part of its clinical picture.

Omalizumab stops immunoglobulin E (IgE) from binding to mast cells and basophils, thus preventing the release of chemical mediators. Patients must be more than 12 years old to use this drug, and administration must be closely monitored for the first 2 hours after injection due to serious side effects, including anaphylaxis, the severe (and sometimes fatal) systemic reaction to an allergen.[8] Patients who might be candidates for treatment with omalizumab must have their total serum IgE levels tested and their current body weight measured for the correct dose to be determined.

IgE levels do not need to be monitored after treatment starts; these levels actually increase during treatment, but they hardly influence inflammation because they are countered by the effects of omalizumab. Three groups of patients are considered to benefit most from using this medicine: those who are using high doses of inhaled steroids and are sensitive to perennial allergens such as dust mites, cockroaches, and pet dander; those who have frequent exacerbations; and those who comply poorly with their medication regimens and may have severe symptoms.[9]

Asthma patients use these medications to block the effects of leukotrienes as part of the inflammatory cascade. There are three drugs on the market that work in this area: zafirlukast, montelukast, and zileuton. Of the three, montelukast may be preferred. It is the only drug approved for children 2 or more years old (zafirlukast is approved for those older than 6; zileuton, for those 12 and older).

In addition, zileuton has an adverse effect involving liver toxicity, and the manufacturer recommends monitoring liver enzymes when it is used. These three agents are taken orally and are not used in treating respiratory disorders other than allergic responses and asthma.

There are numerous first-generation antihistamines such as diphenhydramine and chlorpheniramine on the market, and most are available over the counter. There are three notable second-generation drugs: loratadine, fexofenadine, and cetirizine. These are longer lasting and less sedating than the first-generation drugs, so they are frequently used to treat allergies and asthma. All of them are supplied in pill form.

Anaphylaxis is treated using epinephrine, usually given intramuscularly or subcutaneously. Some patients with severe allergies carry a single-use injection of epinephrine for use in an allergic emergency.

Drugs in this category include doxapram, progesterone, caffeine, and theophylline. Doxapram has been used primarily to help preterm infants who have apnea, but has also been somewhat helpful in older patients with sleep apnea and in COPD patients with acute respiratory failure. Likewise, progesterone, caffeine, and theophylline have been cited in the literature[11-12] as having limited roles in stimulating the respiratory system. Although these medications bring about short-term apnea relief and increase ventilation, there are only limited data to support their routine use.

Treatment for neonates with immature pulmonary systems has included exogenous surfactant for many years. In 1990, colfosceril was approved for use, and it was followed by beractant in 1991. In 1998, calfactant was approved, followed by poractant alfa. Colfosceril is the only surfactant that is classified as synthetic; all the others are natural, with their ingredients taken from animals or humans through alveolar lavage or using amniotic fluid. All of the surfactant preparations are given via endotracheal-tube instillation, with varying dosage, handling, and instillation details.

Surfactant therapy has been studied in patients with acute lung injury (ALI) and/or adult respiratory distress syndrome (ARDS), with mixed results. Currently, there are two notable trials looking further into the use of exogenous surfactant in ALI/ARDS. One study is focusing on patients who had either aspiration or pneumonia as the underlying cause of ALI/ARDS, since part of the benefit of surfactant is its anti-inflammatory and antibacterial functions. Progression from direct lung injury to ALI/ARDS may be blunted or stopped by early initiation and longer duration of surfactant therapy. The second study is looking at using surfactant lavage via bronchoscopy, reaching lung segments to clear damaging proteins.[13]

Inhaled agents that fight infection include the antimicrobials pentamidine and tobramycin and the antivirals ribavirin and zanamivir. Pentamidine is used to prevent Pneumocystis carinii pneumonia in patients with AIDS. Tobramycin is used to treat Pseudomonas aeruginosa infections, mainly in patients with cystic fibrosis; it has also been used to fight P. aeruginosa in lung-transplant recipients. Ribavirin is used to treat severe infections caused by respiratory syncytial virus. Zanamivir is an antiviral agent used to treat influenza in adults. It has recently gained attention as the inhaled drug of choice to fight possible pandemic influenza.

Guaifenesin is a commonly used over-the-counter expectorant that is now being advertised heavily. This re-emphasis is curious, however, since the American College of Chest Physicians’ evidence-based clinical practice guidelines[14] on therapy to decrease cough frequency and/or intensity stated that guaifenesin was ineffective in enhancing cough clearance in patients with chronic bronchitis. The drug was not mentioned in any of the 15 ACCP recommendations on cough suppressants and pharmacological protussive therapy.

Varenicline is a medication for smoking cessation that it thought to bind to the nicotine receptors in the brain. When the nicotine receptors are tied up by varenicline, the pleasurable sensation associated with smoking is blunted. Beyond this desired effect, varenicline has several adverse effects that reinforce the desire to quit smoking, including nausea, headache, and sleeping/dreaming abnormalities.

In respiratory therapy, a few medications are considered drugs of choice. As resources for physicians and other prescribing clinicians, however, therapists should always be aware of new medications coming up through research channels. Likewise, they should be among the first to know about newly released pulmonary medications (including their indications, dosages, routes of administration, adverse effects, contraindications, and expected outcomes). Therapists should be participating in research to verify the effectiveness of new drugs, and they should provide drug education for patients, families, and the other members of the health care team. 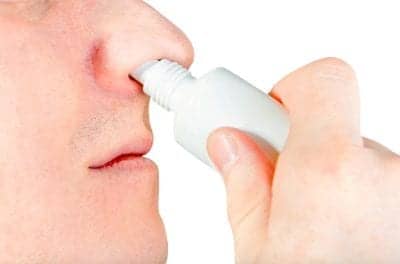