Researchers at the University of California, San Francisco (UCSF), have uncovered how a type of bone marrow cell could be used to help repair damaged lung cells of patients suffering from acute lung injury, one of the most common causes of respiratory failure in intensive care units. The study, published in the Journal of Biological Chemistry, comes as investigations into the potential of using bone marrow stem cells to treat damaged tissues have intensified.

“We found that these stem cells secreted a significant quantity of a protein that restored the barrier that keeps fluid and other elements out of the lungs,” said Jae W. Lee, MD, associate professor of anesthesia at UCSF. “We’re optimistic about the promise that future clinical trials may hold.”

Acute lung injury is brought on by a number of conditions, such as pneumonia and sepsis and, in some cases, can develop into acute respiratory distress syndrome, which results in insufficient oxygenation of blood and eventual organ failure.

Healthy lung tissue contains tiny groups of cells called alveoli that stretch open to accommodate oxygen with each breath and remove carbon dioxide during exhalation. Each alveolus is lined with a layer of epithelial cells that serve as a barrier—keeping certain substances in and certain substances out—so that the gas balance inside is appropriately maintained.

In contrast, inflammation due to injury or infection can make the borders of the epithelial cells become more porous than they should be. The increased permeability allows an often-deadly mix of substances, such as fluids and cells, to seep into and accumulate in the alveoli.

Despite extensive research on acute lung injury and acute respiratory distress syndrome, the mortality rate for patients is about 40%, according to Lee. In addition, pharmacological therapies that reduce severity of lung injury in experimental studies have not yet translated into effective clinical treatment options. Currently, supportive care is the primary treatment.

For the study, the researchers focused on mesenchymal stem cells to assess their ability to differentiate into cells that, when mature, develop into tissues throughout the body. After recreating the unhealthy lung conditions in the laboratory by culturing human alveolar cells and then chemically causing inflammation associated with acute lung injury, the research team observed how the presence of bone marrow stem cells changed things.

“We then introduced mesenchymal stem cells without direct cell contact, and they churned out a lot of protein, called angiopoietin-1, which prevented the increase in lung epithelial permeability after the inflammatory injury,” said Xiaohui Fang, MD, one of the study’s authors.

The researchers say the findings are the first to demonstrate how mesenchymal stem cells revive the epithelial border of the alveoli. 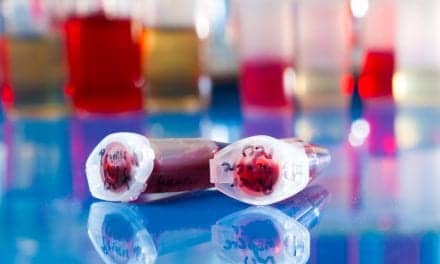