There was a time when the gas nitric oxide (NO) was considered a pollutant and little more. That was before the discovery of the isoforms of nitric oxide synthase and the realization that the human body actually creates the stuff for good reason. Previously referred to as endothelium-derived relaxing factor, NO was famously named “molecule of the year” by Science in 1992,1 by which time the role of nitric oxide was well established. The 1998 Nobel Prize for Physiology or Medicine went to Robert F. Furchgott, Louis J. Ignarro, and Ferid Murad for their discovery of the role of nitric oxide in the cardiovascular system. This highly reactive, short-lived molecule has been shown to have numerous biological effects, which include maintenance of blood pressure and normal vascular tone, the erectile response, and neurotransmission. Nitric oxide, as an exogenously administered therapeutic agent, has been widely studied in a variety of disease states. It received FDA approval in 1999 and has since gained widespread use in the United States. Although it is used in adult, pediatric, and neonatal intensive care units, this review will focus on use in the neonate.

Nitric oxide is produced by one of three isoforms of nitric oxide synthase (NOS) via oxidation of L-arginine to nitric oxide and citrulline. The isoforms are labeled NOS-1, NOS-2, and NOS-3. NOS-1 is also called nNOS for neuronal NOS, and is found in neurons. NOS-1-produced NO is believed to act as a neurotransmitter. NOS-2 is also called iNOS and is an inducible isoform of NOS, which can be found in many tissues. This isoform is upregulated in response to endotoxin and pro-inflammatory cytokines. Nitric oxide in this setting is believed to be antimicrobial, pro-inflammatory, and cytotoxic. It is also responsible in part for the hypotension seen in sepsis. Finally, NOS-3 is a constitutive form of NOS produced by vascular endothelial cells. It is also called eNOS. This isoform is intimately related to maintenance of normal vascular tone.

Nitric oxide produced by NOS-3 in vascular endothelium diffuses into the vascular smooth muscle cell and binds to intracellular guanylate cyclase, which then produces cyclic GMP. Increased cGMP inhibits calcium entry into the cell and thereby leads to relaxation of the smooth muscle cell. The most famous medication based on enhancement of NO activity is sildenafil, which acts by inhibiting phosphodiesterase E5 (which breaks down cGMP), and therefore increases cGMP levels.

Persistent Hypertension of the Newborn
Inhaled NO enters the pulmonary circulation via the alveolus and diffuses into the vascular smooth muscle cell. Exogenously administered NO (inhaled NO, or iNO) has been in use as a pulmonary vasodilator in pediatrics since the early 1990s when it was reported to be an effective therapy for persistent pulmonary hypertension of the newborn (PPHN).2 This disorder occurs when the normal drop in pulmonary vascular resistance does occur in response to the transition from in utero to ex utero life. In the fetus, gas exchange takes place in the placenta. Most of the blood flow is directed away from the lung by a combination of high resting vascular tone in the pulmonary arterioles and the presence of a ductus arteriosus, which conducts desaturated blood from the right ventricle away from the pulmonary circulation into the aorta, and then into the placenta. With the first breath, the alveoli open, and the pulmonary vascular resistance falls rapidly. This is the result of a combination of a drop in hypoxic vasoconstriction in the pulmonary arterioles with the rise in alveolar oxygen levels and the physical effects of the alveolar opening, which opens the capillary bed. Concurrently, the ductus arteriosus begins to close, preventing venous blood from entering the systemic circulation. The closure takes approximately a week to complete. In PPHN, pulmonary vascular resistance remains elevated, and venous blood is shunted into the system circulation, either via a patent ductus arteriosus or through a patent foramen ovale.

Persistent pulmonary hypertension of the newborn has been seen in three subtypes. In the first subtype, PPHN is the result of parenchymal lung disease leading to alveolar hypoxia, commonly meconium aspiration (also hyaline membrane disease or neonatal pneumonia). The second subtype occurs in the setting of radiographically clear lungs and no apparent parenchymal lung disease (this has been referred to as persistent fetal circulation). The third type is seen in association with pulmonary hypoplasia, most commonly in the setting of diaphragmatic hernia.

The disorder had previously been a rapidly fatal condition, often complicating meconium-aspiration pneumonitis. Prior to iNO, the only treatment for PPHN was extracorporeal membrane oxygenation (ECMO), which could take place only in large tertiary care centers with specialized equipment. A randomized, controlled trial of iNO at 20 ppm demonstrated that this therapy decreased the need for institution of ECMO by nearly half.3 It is now fairly standard care in neonatal intensive care units in the setting of PPHN and meconium aspiration and in patients with diaphragmatic hernia and pulmonary hypertension.4 The single most compelling reason for institution of iNO therapy is avoidance of ECMO in these patients.

ECMO is available in relatively few centers (approximately 100 in the United States) and requires a great deal of expertise (surgical, medical, nursing, and respiratory therapy) and equipment. It is quite expensive and confers a fairly high risk. Inhaled NO therapy, by comparison, is relatively easy to set up and use, and does not require the level of specialized training that ECMO does. Total cost is much less than that of ECMO. Those patients with PPHN due to congenital diaphragmatic hernia (CDH) do not benefit from iNO therapy based on the results of many clinical trials.5 A 2003 report demonstrated that those patients with CDH and late onset pulmonary hypertension may benefit from iNO, however.6 The reasons for this variation in response are unclear, and there is some evidence that outcomes may even be worse in iNO-treated patients with CDH. It is safe to say that iNO has dramatically changed the face of NICU care in the United States, and has led to improved outcomes in PPHN patients.

Prevention of Chronic Lung Disease
A newer use of iNO in the neonatal intensive care unit setting is prophylactic use in preterm infants. In a 2003 study, Schreiber et al7 enrolled 207 infants born prior to 34 weeks gestation with birth weight less than 2,000 grams. Subjects received either oxygen or oxygen supplemented with NO at 10 ppm on day 1 and 5 ppm on days 2 through 7. The NO group had a decreased rate of chronic lung disease (48.6%) when compared to the placebo group (63.7%, P=0.03) The treated group also had a decreased rate of central nervous system complications, which had been a concern in previous, smaller studies. Although promising, this report was interpreted with some reservation at the time, and an accompanying editorial advised caution.

Kinsella and colleagues have recently shown in a large, controlled, multicenter study that the use of iNO in preterm infants led to improved outcomes in a subgroup of patients.8 In a study of 793 neonates (grouped according to birth weight: 500 g to 749 g; 750 g to 999 g; and 1,000 to 1,250 g) born prior to 34 weeks gestation, iNO decreased the rate of the development of bronchopulmonary dysplasia in those patients weighing 1,000 g to 1,250 g, but in patients weighing less than 1,000 g, iNO did not reduce the incidence of bronchopulmonary dysplasia. As in the prior study, iNO did decrease the rate of CNS complications in all birth-weight cohorts. This therapy did not increase the rate of pulmonary hemorrhage, which had been a concern in the design of this study.

Cost and Availability of Inhaled NO

As a result of the 2006 Kinsella report and others, iNO is gaining support as an adjunctive therapy in the NICU. Unfortunately, cost remains a significant factor. At this time, more than 400 hospitals use inhaled NO. Since the cost of care is determined by primarily diagnosis-related groups, there have been special “carve-outs” created for high-cost pharmaceuticals, including iNO. The average daily cost of iNO is $131/hour, or more than $3,000 per day. The cost for iNO therapy is capped at 4 days, so that the total cost per patient for 4 to 30 days is $12,576. Average length of use varies by institution. There is just one provider of this therapy, INO Therapeutics, an Ikaria company, which holds the US patent on inhaled NO until 2013. Inhaled NO as a therapy remains an active area of investigation. At this time, there are 18 open studies using iNO listed in the ClinicalTrials.gov database, with another 18 trials listed as either completed or no longer recruiting subjects.

Based on the increasing body of literature supporting iNO as a therapy for respiratory disease in the neonate, it is clear that iNO use will be increasing over the next several years. Although cost remains a clear consideration, there is a significant cost savings in the setting of PPHN in those patients who do not have diaphragmatic hernia. In a subgroup of premature neonates, there is potential benefit in long-term health, although iNO is not standard of care in routine treatment of the preterm infant. 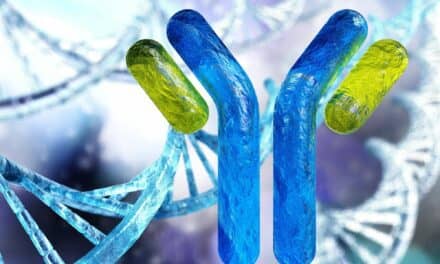