Compound Effective in Calves May Lead to New Treatment for RSV 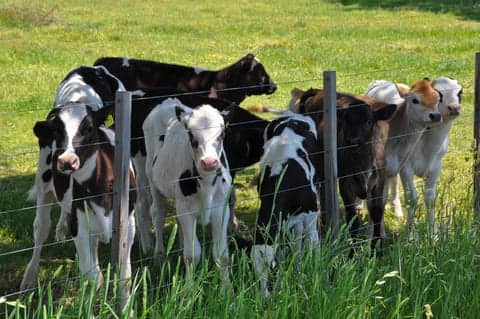 A recently published study in the journal Antimicrobial Agents and Chemotherapy revealed that an antiviral compound effective in the treatment of RSV in calves may help lead to a treatment for humans. The study, conducted by the School of Veterinary Medicine at the University of California (UC), Davis, revealed that the experimental antiviral compound was effective in blocking the virus from binding with the cell membranes of the animal, which decreases the level of infection in the treated calves.

In addition, a UC Davis report indicates the study found that the air spaces in the lungs of those treated animals also were less likely to fill with inflammatory cells produced by the infection than were the lungs of untreated animals. Overall, the study may provide valuable information needed to test a potential treatment in human clinical trials.

Laurel Gershwin, DVM, PhD, lead author of the study, says, “This study demonstrated that since bovine RSV in calves is almost identical to the human form of the disease in terms of symptoms, lung pathology and progression of the disease, treatment with an effective antiviral drug can benefit both bovine and human patients.”

Gershwin adds, “It confirms that the cow is a particularly useful research model for studying RSV and demonstrates the importance of approaching medicine with the ‘one health’ perspective, which spans human and veterinary medicine.”

The UC Davis new report notes that it is hoped that the new therapeutic will be available soon to treat RSV in infants and children. The study was funded by Gilead Sciences.

Cough App That Diagnoses Pneumonia, Other Respiratory Diseases to be Tested in US