High-frequency ventilation has been used for more than 15 years in the treatment of neonatal RDS and air-leak syndrome. Several devices, including HFOV, high-frequency jet ventilation, and high-frequency flow interruption systems, have been developed to make this therapeutic modality possible. While high-frequency ventilation generally employs the delivery of tidal volumes less than or equal to the volume of dead space, the key distinguishing characteristic of HFOV is the presence of an active expiratory phase.3 The use of conventional ventilation, on the other hand, has been associated with lung injury in the premature lung. Some of the abnormal changes associated with conventional ventilation include airway distortion, cellular-membrane disruption, and hyaline-membrane formation. These changes may result in increased inspired oxygen concentrations and ventilating pressures. Positive airway pressure during HFOV, however, increases lung volumes and can lead to lung overdistension (with potentially serious adverse effects), especially in patients with underlying leak syndromes caused by conventional mechanical ventilation. The use of a low–lung-inflation strategy in this group of patients to decrease the incidence of air leaks or even promote their resolution has been suggested.

Air-Leak Syndrome
Air-leak syndrome is one of several pathological findings associated with ventilator-induced injury in the premature lung with RDS. Air-leak syndrome includes pulmonary interstitial emphysema, pneumothorax, pneumomediastinum, and pneumopericardium. The use of increased ventilating pressures is most commonly associated with gross air leak. Efforts to prevent ventilator-related lung injury have focused on the development of surfactant replacement therapy and technology supportive of gas exchange without tidal breathing. A relationship between opening and closing pressures and lung injury is well described in the literature. Animal models have demonstrated that the lung injury is worsened when intrapulmonary pressures are allowed to drop below critical closing pressure. In this circumstance, the lung must be recruited with each ventilator breath, and lung injury appears to be promoted by the high peak pressures necessary to obtain this alveolar recruitment. HFOV employs more consistent inflation pressures and avoids the large pressure changes associated with the dynamic hyperinflation mechanism and the shear forces associated with conventional ventilation.

Clinical Trials
The early use of HFOV has been associated with prevention of bronchiolar overdistension, atelectasis, and air-leak problems,4 as well as with successful management of pneumomediastinum in neonates with RDS.2 In a study conducted by Helbich et al5 in 1998, at 4 weeks of age, newborns treated using HFOV with lower airway pressures had less pulmonary interstitial emphysema and fewer signs of bronchopulmonary dysplasia. The incidence rates of pneumothorax and of local opacifications were similar in both groups. Newborns using HFOV had a lower mortality rate, needed fewer days of mechanical ventilation, and needed lower inspired oxygen concentrations.

Despite the limited number of reports in the literature on the use of HFOV with intermittent mandatory ventilation (IMV), this ventilatory mode is often used in US neonatal intensive care units (NICUs). In 1984, Boynton et al7 reported successful use of HFOV-IMV in a series of neonates with respiratory failure who had failed to respond to conventional IMV.

The Provo multicenter early HFOV trial8 demonstrated these significant findings (noted in comparison with conventional ventilation): vasopressor support was less intensive; surfactant redosing was not as frequent; oxygenation improved more rapidly, and it remained higher during the first 7 days; fewer infants required prolonged supplemental oxygen or ventilator support; treatment failure was reduced; more patients had survived without chronic lung disease after 30 days had passed; the need for continuous supplemental oxygen upon discharge was less; the frequency of necrotizing enterocolitis illness was lower; and hospital costs were decreased. The investigators reported, however, that no differences were seen between the two study groups in the frequency or severity of patent ductus arteriosus, air leak, retinopathy of prematurity, or intraventricular hemorrhage. Lengths of hospital stay and rates of survival to discharge were similar for infants who received HFOV and those who received conventional ventilation. The authors concluded that, used early with a lung recruitment strategy, HFOV after surfactant replacement resulted in clinical outcomes consistent with a reduction in both acute and chronic lung injuries.

Case History
The patient was an 834-g white female born via cesarean section at 27 weeks’ gestation secondary to maternal unstable pre-eclampsia. The birth took place at Gwinnett Medical Center, Lawrenceville, Ga, in 1998. The patient’s mother was a 22-year-old female whose unstable pre-eclampsia was initially managed with magnesium sulfate. When this was unsuccessful in controlling the mother’s severe hypertension, she was taken to the operating room for a cesarean section. The newborn girl was intubated and supported using mechanical ventilation upon delivery. Apgar scores 1 minute and 5 minutes after birth were 5 and 8, respectively. An umbilical artery catheter was put in place for arterial blood gas (ABG) determination and blood pressure monitoring; an umbilical vein catheter was put in place for intravenous (IV) access. The initial diagnosis, upon the patient’s admission to the NICU, was 27-week preterm birth and RDS. The patient’s care plan included maintenance IV fluids, ampicillin/gentamicin, and weaning from conventional ventilation as tolerated. The initial ABG sample was obtained while the patient was on conventional ventilation, with a rate of 60 breaths per minute, a positive inspiratory pressure (PIP) of 20 cm H2O, a positive end-expiratory pressure (PEEP) of 5 cm H2O, an inspiratory time of 0.4 seconds, and a fraction of inspired oxygen (Fio2) of 60%. ABG analysis revealed a pH of 7.49, a Paco2 of 23 mm Hg, a Pao2 of 44 mm Hg, and a base deficit of 3.2. Chest radiography showed a bilateral reticulogranular pattern and a questionable rim of air on the right lower cardiac border (Figure 1, page 58). Surfactant, at 100 mL/kg, was administered at this time.

When the patient was 48 hours old, a chest radiograph revealed a right-sided pneumothorax that required placement of a chest tube (Figure 2). Four hours later, the patient developed acute distress requiring chest compressions, IV sodium bicarbonate, and epinephrine was administered through the endotracheal tube. A follow-up ABG analysis showed a pH of 7, a Paco2 of 65 mm Hg, and a Pao2 of 27 mm Hg. A chest radiograph showed a left-sided tension pneumothorax that partially re-expanded after chest tube placement (Figures 3 and 4). Acute respiratory acidosis persisted, despite numerous changes in ventilatory parameters.

HFOV support of this patient was initiated when she was 72 hours of age. The initial settings were 12 Hz, mean airway pressure of 13 cm H2O, an oscillatory amplitude of 20 cm H2O, and Fio2 of 100%. Chest radiography revealed changes consistent with pulmonary interstitial emphysema and bilateral pneumothoraces.

At a point 96 hours after the patient’s birth, airway pressure was weaned to 10 cm H2O and the oscillatory amplitude was reduced to 18 cm H2O. The patient was positioned with left side down because the air leak appeared, on chest radiographs, to be worse there. Early on the fourth day after admission, a chest radiograph revealed the presence of free air around the cardiac shadow (Figure 5). Follow-up chest radiography 12 hours later reflected dramatic improvement in the air leak and healing pulmonary interstitial emphysema. The oscillatory amplitude was then decreased to 15 cm H2O. A chest radiograph performed later on the patient’s fourth day of life revealed radiopacity of both lung fields with a minimal air leak on the left side. Continued positioning on the left side was ordered, along with a decrease in the oscillatory amplitude to 13 cm H2O. This strategy was adopted to allow healing of gross air leaks before reinflation was initiated; therefore, the opacification of both lung fields seen radiologically was expected.

The fifth day’s chest radiography indicated almost complete resolution of the air leak on the left side. On the sixth day, the oscillatory amplitude was increased to 16 cm H2O and mean airway pressure was raised to 11 cm H2O, with an Fio2 of 37%. The chest tube on the right side was removed later the same day; however, there was still a small amount of free air on the left side. On the eighth day, Fio2 was reduced to 25% and the chest radiograph showed a marked decrease in bilateral atelectasis.

The patient was switched back to conventional ventilation on the ninth day, with the following settings: Fio2, 25%; rate, 50 breaths per minute; inspiratory time, 0.35 seconds; PIP, 20 cm H2O; and PEEP, 5 cm H2O. Follow-up chest radiography showed right upper-lobe atelectasis and no free air on the left side. Parameters were progressively changed during the 24 hours that followed, being reduced to an Fio2 of 21%, a respiratory rate of 30 breaths per minute, an inspiratory time of 0.4 seconds, a PIP of 22 cm H2O, and a PEEP of 6 cm H2O.

The left chest tube was removed on the 11th day after admission. The patient, however, decompensated throughout the day and was returned to HFOV support at 12 Hz, an oscillatory amplitude of 14 cm H2O, a mean airway pressure of 12 cm H2O, an inspiratory time of 33%, and an Fio2 of 40%.

Before HFOV was reinstituted, ABG analysis indicated a pH of 7.18, a Paco2 of 84 mm Hg, and a Pao2 of 38 mm Hg while the patient breathed 40% oxygen. The patient was returned to conventional ventilation 48 hours later. A chest radiograph showed minimal left lower lobe atelectasis. The patient was progressively weaned to a rate of 32 breaths per minute, a PIP of 20 cm H2O, a PEEP of 5 cm H2O, and room air. The chest radiograph obtained before the patient was transferred to Egleston Children’s Hospital (for exploratory laparotomy to rule out gastrointestinal perforation) indicated complete resolution of pneumothoraces. Cranial ultrasound examinations, conducted twice, showed no intracranial hemorrhages. ABG-analysis results obtained during the care of this patient are summarized in Table 1.

Conclusion
The use of a lower airway pressure with HFOV provided significant advantages for this patient. HFOV may be suggested not only to prevent, but also to resolve, air leak syndrome in neonatal patients with RDS. Perhaps the greatest lesson learned in HFOV research, to date, is the critical importance of proper ventilator-management strategy. Through their work with more than 400 critically ill neonates, Clark et al,9 identified four categories of illness to be supported using HFOV: diffuse homogeneous lung disease, nonhomogeneous lung disease, lung hypoplasia syndrome, and air leak syndrome. Based on their experience, they advocated the use of a low-pressure management strategy for patients with severe air leak.

Research has also examined the feasibility of interrupting a lung-injury sequence that is already in progress through the use of HFOV.9-11 Kinsella et al12 recently studied the potential benefits of combining HFOV with partial liquid ventilation and inhaled nitric oxide. They suggest that both HFOV and partial liquid ventilation augment the oxygenation response to inhaled nitric oxide. The potential for decreasing ventilator lengths of stay for neonates with RDS using these modalities exists, but this is a matter that requires more research before the application of these modalities becomes standard practice in NICUs. 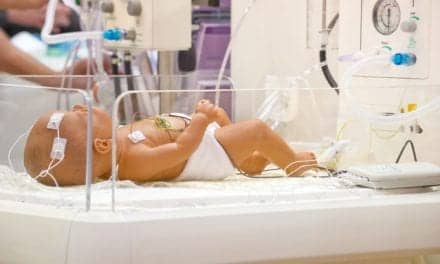