You must unlearn what you have learned—Master Yoda

Learning is a vital skill and ought to be a lifelong pursuit for everyone. While we all sort of inadvertently learn all the time, I am referring to something different. I suggest to you that you need to practice active learning. I would define this as consciously seeking new knowledge about a subject that you might think you already know almost everything about. I suggest to you that much more often than not, you will be surprised to learn that what you thought was so, just is not so.

The health care field is fertile ground for unlearning and relearning. This field grows and changes in spastic spurts and sprints that sometimes make my head spin. You have to run to keep up. Of course, the blessing of learning new stuff can have an attendant curse—the need to unlearn old stuff. Do not get me wrong. Unlearning is not a bad thing, although it can be hard to do. The famous physicist Max Planck once said, “A new scientific truth does not triumph by convincing its opponents and making them see the light, but rather because its opponents eventually die, and a new generation grows up that is familiar with it.”

Some of the more interesting examples of unlearning that the respiratory therapy profession has had to master include intermittent positive pressure breathing, negative end expiratory pressure, ribavirin for bronchiolitis, bland aerosols, chest physiotherapy, and—my sentimental favorite—blow-bottles. There are many more. Some of this unlearning is still going on.

Pediatric aerosol administration is one of the clinical areas that has had its share of unlearning opportunities. Myth can be an ugly word, and implies that the holders of the myth are willing to believe almost anything. I prefer to use the word legend, as it has a better feel to it. Legend in this context can be thought of as an unproved or false collective belief. Much of what we have done to and for patients in the last 50 years has been introduced largely untested. Some of these interventions, once adequately tested, turned out to be of no benefit (and some were even harmful). Interventions that are untested are not necessarily of no benefit, however; it just means we do not know for sure.

Before we get too far into some of the science about pediatric aerosol administration, I want to say that selecting delivery devices and methods is a blend of art and science. Your judgment about the patient you are treating has to be combined with what has been tested and proven about these treatment techniques. An excellent review of some of the advantages and limitations of various aerosol delivery devices in infants and children is a paper by Rubin and Kelly.

For the purposes of our discussion, nebulizers refer to pneumatically powered, disposable, small volume jet nebulizers. When thinking about nebulization in children, remember three important characteristics of aerosol behavior that affect drug delivery: impaction, coalescence, and sedimentation. Impaction is when aerosol particles touch any surface material, the result being that they cling or “rain out.” This effect is increased when gas flow rates are higher, which causes the velocity of the aerosol particles to be higher and increases their inertia. This increased inertia of the suspended aerosol particles tends to cause them to strike more surfaces as they traverse the twists and turns of the upper airway, thus decreasing deposition in the medium and smaller airways. Coalescence happens when two aerosol particles touch one another and combine to form a single larger particle. This also increases as gas velocity rises since higher flow rates tend to cause more turbulent flow and thus more collisions of aerosol particles. Larger particles are much less likely to make it to the medium and small airways. Sedimentation occurs when aerosol particles settle out of the suspension onto the surface of the air spaces of the lung because of gravity. Sedimentation is good, when it happens in the medium to small airways. This essential effect can be enhanced through breath holding and slow inspiration.

Following are some legends related to pediatric aerosol administration that warrant examination:

I wish I could say I thought up this catchy phrase but actually it was Bruce Rubin. He points out that even under ideal circumstances in vitro, there is a 40% to 85% decrease in aerosol delivery when the mask is held 2 cm away from the child’s face. The same is true for FiO2 delivery, which we tested for a variety of devices using a simulated breathing infant with a face. The concentration of oxygen given infants using “blow-by” is much less than when they are just put on a simple mask or a nasal cannula.

Most of the spacers and holding chambers on the market tend to build up an electrostatic charge on their inner surfaces. This charge attracts suspended particles from the plume of the MDI and reduces drug delivery. This reduction can be substantial. One way to lessen this effect is to wash the inside of the chambers with soap and water. While this is effective, it is not nearly as effective as using a spacer or valved holding chamber that is made of charge-dissipative materials. These improve drug delivery even more than does washing of spacers.

The science and practice of pediatric aerosol administration is evolving. As with all applied science, our clinical practice is an iterative process where we learn incrementally over time. By its very nature, this presumes that some of what we thought we knew turns out to be untrue. Some use this to criticize the scientific method and processes, but I suggest to you that this is what is so very good about the evolving science of what we do. It gives us a chance to practice unlearning and relearning that continues in an endless cycle. 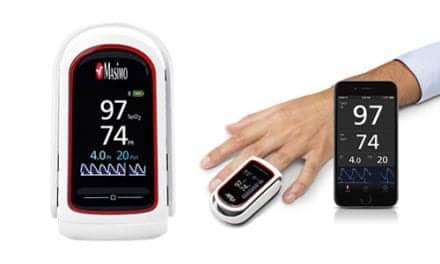