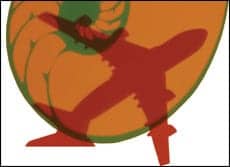 Over the past 10 years, there have been a number of important advances in home oxygen technologies, many of which have changed the way home oxygen is provided and how users live with it. Arguably one of the more notable events has been the introduction of the portable oxygen concentrator (POC). The POC is unique because it is the first self-contained, portable, self-generating oxygen technology. While there are numerous lightweight and highly ambulatory oxygen devices, only the POC blends the safe, efficient, effective oxygen production abilities of a concentrator with the portability of an ambulatory, small cylinder or liquid vessel. It is this combination of features and benefits that led to the approval of POCs on board commercial aircraft.

On July 12, 2005, the Federal Aviation Administration (FAA) published Special Federal Aviation Regulation (SFAR) 106 in the Federal Register (vol 70, no. 132). The regulation delivered the rules governing the use of POCs on board aircraft to the airlines, passengers, and oxygen device manufacturers. This important rule became effective in August 2005, and in the short time since its implementation, it has changed the lives of home oxygen users and the companies that serve them. It is estimated that 20% of Americans 55 and older are regular air travelers. Conservative estimates suggest the approval of POCs will add more than 50,000 new air travelers annually. As more LTOT travelers hit the skies, clinicians can expect more questions regarding the effects of altitude on persons with lung disease and those requiring supplemental oxygen at ground level.

Details About the Rule

Like most rules published in the Federal Registrar, SFAR 106 is long and detailed. It is important to note that while this rule approves the use of certain POCs on board commercial aircraft, the original regulation did not mandate that airlines allow POCs on board. Until recently, this was still a voluntary process for the airlines, although most major carriers have approved the use of POCs.

In May 2008, the Department of Transportation (DOT) published a new ruling that recognizes POCs as personal assistive devices and mandated that air carriers allow approved POCs on board. The new rule goes into effect in 1 year to give airlines time to implement the regulation. You can read the final rule at www.regulations.gov docket number DOT-OST-2004-19482.

While the use of oxygen at ground level is well established, there is very little objective data to guide the use of oxygen at altitude, particularly for patients hypoxemic at ground level. Most commercial aircraft keep the cabin pressure at or below 8,000 feet, although the pilot has the authority to increase the cabin pressure to 10,000 feet if required to fly at higher than typical altitudes. As most first-year respiratory therapy students will tell you, the partial pressure of oxygen in the ambient air is a product of the barometric pressure and the atmospheric fraction of oxygen (0.209) as represented in the equation: barometric pressure x 0.209 = atmospheric Po2. At sea level, this is represented as: 760 x 0.209 = 159 mm Hg.

At 8,000 feet, the partial pressure of O2 in the cabin is 564 mm Hg x 0.209 = 118 mm Hg. Gas density at 8,000 feet is almost 30% lower than sea level. With less driving pressure available, the net clinical effect at the interface of the alveoli and pulmonary capillaries is similar to breathing approximately 15.1% O2 at sea level. For most healthy people, there are few noticeable symptoms associated with short-term exposure to altitude. Normal cardiopulmonary responses to altitude include:

There is no single, evidence-based method of predicting blood oxygen levels at altitude, especially for patients with chronic lung disease. As a general rule of thumb, it is estimated that inspired PaO2 declines approximately 5 mm Hg per 1,000 feet ascended. Unfortunately, there is no such general rule governing potential changes to SpO2 at altitude, since none of the work in this area was done using pulse oximetry. There have been a number of predictive, regression equations derived from various clinical studies, but they may not prove accurate or effective as part of an individual patient evaluation for predicting blood oxygen levels during flight.2-4 A hypobaric challenge, also referred to as a high-altitude simulation test or HAST (having a patient breathe 15.1% gas), while at sea level may prove to serve as an effective predictor of blood oxygen levels during flight. Unfortunately, HAST is not commonly used because of the need for specialty gases and a closed breathing system.

For patients prescribed LTOT for use at home, there is no evidence-based or expert consensus guideline for prescribing oxygen for use in flight. A patient’s baseline hypoxemia, oxygen prescription at ground level, respiratory reserve, level of hemoglobin, and general clinical condition prior to flight are all key variables influencing in-flight oxygen use. In his paper titled “Oxygen and Air Travel” published in Respiratory Care, Stoller5 notes that despite the protean effects of altitude exposure, relatively brief exposure to altitude (<12 hours) encountered during commercial flight seems to be well tolerated, even among patients with chronic lung disease.

It is generally accepted that patients with a ground level PaO2 of >80 mm Hg will experience no difficulty during flight and patients with a PaO2 of <60 mm Hg at ground level will need oxygen at altitude. Patients predicted to have an in-flight PaO2 ≤50 mm Hg are clearly candidates for using supplemental oxygen during flight.5 Depending on their clinical condition at the time of flight and their baseline (ground level) supplemental oxygen corrected PaO2, some LTOT users may need to increase their oxygen dose (flow setting or setting on the oxygen conserving device) to ensure adequate oxygenation during flight. The decision to prescribe oxygen during flight for a patient who is normoxic at ground level or the decision to alter an LTOT patient’s ground level oxygen prescription for use during flight is one best made by the patient’s attending physician after an evaluation. It is prudent and good practice that all patients with chronic lung disease be seen and evaluated by their physician prior to scheduling any air travel.

POCs operate based on the same mechanical basis as standard concentrators: pressure swing adsorption (PSA). Since PSA systems separate nitrogen from oxygen, performance at ground level is essentially the same as performance at altitude, although working with fewer moles of oxygen. Some POCs have altitude adjustments, altering compressor speed and the volume of gas pushed through the sieve beds to ensure adequate flow and purity. While the commercially available POCs operate from the same mechanical and theoretical platform, all have slightly different performance specifications. Like many oxygen and respiratory technologies, all devices may not be ideal for all patients under all circumstances. Therefore, patients prescribed a POC for air travel should be evaluated and educated with the specific device being used.

The founding fathers of LTOT always envisioned lightweight, self-generating oxygen technologies that would empower oxygen users to have the ability to live an active and productive life. Modern home oxygen therapy can help a patient live a life close to the way they did before their prescription for oxygen. This new empowerment and independence now include the ability to travel by air. 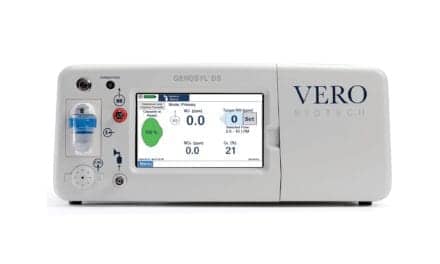