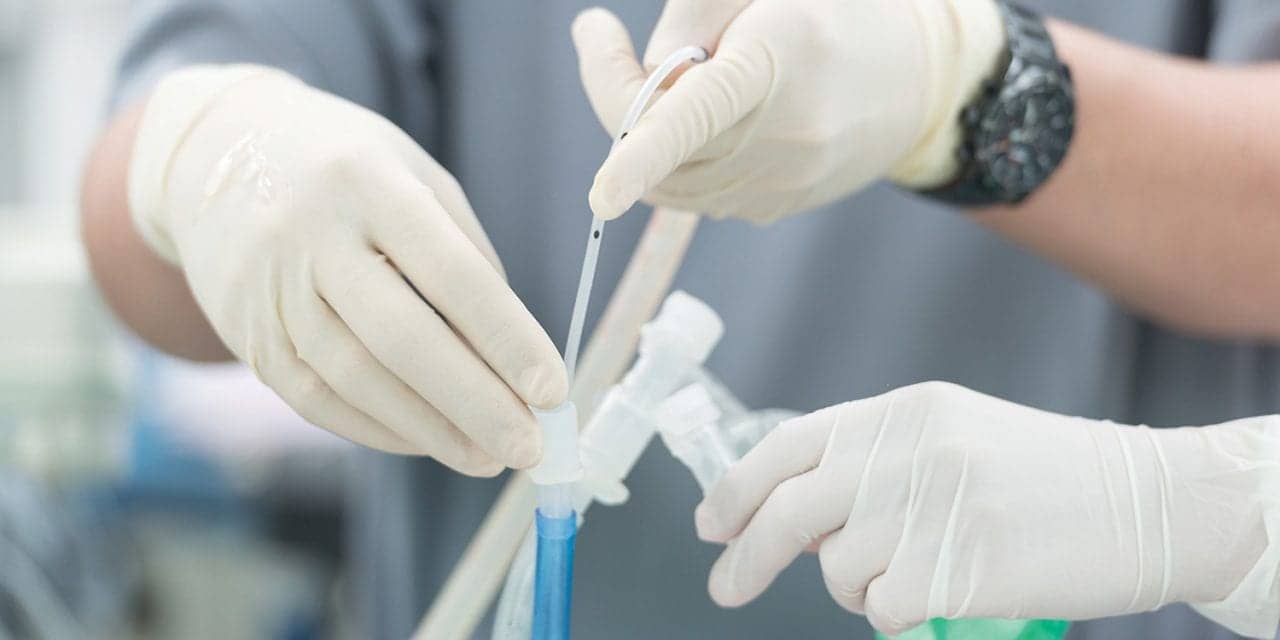 Mechanical ventilation can be a life saving solution for patients who are critically ill. But while this intervention provides much-needed respiratory support, at the same time, it may leave the patient unable to clear secretions that accumulate and obstruct the airway. An important part of patient care involves utilizing an appropriate suctioning system to remove pulmonary secretions.

During the 1929 polio pandemic, the iron lung became the first type of ventilator, delivering negative pressure to patients. Some 20 years later, the first prototype positive-pressure lung inflation machine was implemented. When these devices were put into use, protocols to manage secretion clearance were also created. However, suctioning in those early years produced several adverse effects, including hypoxia, arrhythmia, cardiac arrest and pneumonia.1

Originally, open suctioning systems (OSS) were used to remove secretions; these systems involved disconnecting the patient on a mechanical ventilator from the ventilator circuit before clearing the airway with a suction catheter inserted into the endotracheal tube (ETT).

In contrast, a closed suctioning system (CSS), which was introduced during the late 1980s,2 eliminates the need to disconnect the circuit before clearing the airway; rather, the procedure is performed through a sterile, closed, in-line suction catheter that is attached to the ventilator circuit.

Andrew Weirach, RRT, Michigan Medicine, University of Michigan, Division of Lung Disease and Respiratory Care, Pulmonary and Critical Care Medicine, has used both open and closed suctioning systems for his adult patients and prefers the latter. He explained that the former could cause atelectasis or hypoxia when the circuit is disconnected. “The patient also loses lung volume [with an open system]. With the closed system, you leave the circuit on the vent,” he said, which eliminates the need to search for a catheter. “Also, the RT is not exposed to pathogens. With an open system the patient could cough and spray contaminants into the room.”

While a certain amount of training on the closed suctioning system is provided, the process is fairly intuitive. “One thing we need to pay attention to is depth. We need to make sure we don’t push the catheter in too far or too deep,” Weirach said. To minimize risk, his department uses one length of catheter. “This is one of the main teaching points when using closed suctioning,”

Cleaning the closed system is relatively simple, according to Weirach. “We use saline to clean the tip. Our catheter style is standard, although some manufacturers do make ones that have a valve. You retract the catheter into a sheath to more easily clean it. This protects the patient,” he said. “We clean the catheter after every use. The downside is that it stays in so there are more issues with clogging. We clean it so there are no visible secretions in the catheter.”

Weirach reported that respiratory therapists at Michigan Medicine—which currently uses an Avanos Medical (formerly Halyard Health) closed suction system—look for signs and symptoms before suctioning a patient, rather than adhere to a strict schedule. “We listen to breath sounds and observe ventilator waveforms to determine if there are secretions in the airway. We assess the patient versus following a standard protocol,” he said. “Nursing might have orders to suction the patient every four hours. But we suction for a reason.”

Pediatric patients on mechanical ventilation also require suctioning and the process is somewhat similar to that used for adults. Megan Martinock, RRT, Mercy Medical Center in Baltimore, sees patients in the pulmonary function testing (PFT) lab and in the respiratory therapy department of the hospital and worked with the pediatric population in her previous position at Johns Hopkins Medicine.

Martinock finds the closed system to be safest and easiest, although the final choice depends on the circumstances. In her experience, using the closed system has resulted in a reduction in hospital-acquired pneumonia. “There have been minimal occurrences. You’re not breaking the circuit so it’s easy for the clinician and easy on the patient,” she said. Unlike Michigan Medicine, Mercy Medical suctions patients once per shift, even if the staff does not hear breath sounds or see obvious signs of distress, said Martinock. “We also suction PRN,” Martinock said.

Cleaning the catheter after every use is critical, according to Martinock. “If junk is left behind it can dry up and obstruct the tube,” she said. While the port remains connected, the clinician carefully pushes a sterile saline bullet into the catheter and suctions at the same time.

Changing the circuit typically follows manufacturer recommendations. Ballard and Dräger both recommend changing the circuit every seven days, Martinock said. “Every facility is different and has its own protocol, based on patient acuity. We change it every 72 hours at Mercy Medical.”

Penetration depth is particularly important when suctioning pediatric patients. Martinock pointed out that the Ballard Turbo-Cleaning Closed Suction System has colored lines on the catheter, which enables the clinician to be more precise during suctioning. “You don’t have to guess where the carina is,” she said. “The way this is set up, you can lock it so the button doesn’t get pushed down continually.”

For her pediatric patients, Martinock uses a formula to figure out how deep she should penetrate, based on the size of the tracheostomy. The Ballard system has a laminated postcard that can be mounted on the ventilator; the information on the card provides a “cheat sheet” for determining the optimal depth when suctioning, she noted.

An Australian study3 investigated the issue of depth as it relates to suctioning and cited the suggestion from the American Association for Respiratory Care, which advocates for shallow suctioning for all intubated and mechanically ventilated patients.

Shallow suctioning pertains to “…the insertion of a suction catheter to a pre-determined depth, usually the length of the artificial airway plus adapter,” while deep suctioning occurs when the catheter meets resistance and then withdraws by 1 cm before applying negative pressure.

The study pointed out though, if the AARC’s recommendation to standardize shallow suctioning for all adult patients were followed, clinicians will be unable to determine when to extubate and to evaluate the patency of the endotracheal tube.

Moreover, the study pointed out that shallow suctioning combined with a closed method could be less effective and leave the patient at risk for tube occlusion. The authors suggest more rigorous studies on suctioning depth and technique to determine long-term patient outcomes.

While shallow versus deep suctioning remains under discussion, research supports the preference for closed suctioning in pediatric patients. A 2017 study reported that while there are “…no clinically significant differences…” between open and closed suctioning systems, patients experienced much “…greater changes in some hemodynamic variables…” with the former,   “…suggesting that closed technique may be safer in children with more precarious physiology.” 4

In recent years, closed suctioning systems with advanced features have come to market. For instance, the Teleflex CleanSweep Closed Suction System is designed to remain in-line for up to 72 hours, according to Michael Hill, product manager for Teleflex. “Unlike standard closed suction catheters, CleanSweep Closed Suction System provides secretion removal through a patented design that utilizes the dual operation of balloon sweeping technology with suction collection,” he said.

In a head-to-head in vitro study, the Teleflex CleanSweep Closed Suction System has been shown to remove 2.5 times more secretions than the leading competitor.5

Furthermore, a 2017 Teleflex-funded study found that the CleanSweep Closed Suction System can significantly reduce mechanical airway resistance versus a standard 72-hour closed suction catheter.6 “It does this by utilizing a balloon to sweep the inner lumen of the ET tube while at the same time employing suction proximal to the balloon when in balloon sweeping + suction collection mode,” Hill noted.

When compared to other traditional closed suction systems, The Teleflex CleanSweep Closed Suction System is designed to allow uninterrupted delivery of positive end-expiratory pressure (PEEP) when used in balloon sweeping and suction collection mode with shallow suction technique. “It does this by creating two gas reservoirs when the balloon is inflated inside the tube and then applying negative pressure to only the gas reservoir proximal the balloon,” said Hill.

Hill reported that the Teleflex CleanSweep Closed Suction System requires no change to set-up or suction technique as compared to traditional closed suction systems. One-button operation allows for three modes of use: balloon sweeping plus suction collection, traditional suction, and locked, which allows the device to remain in-line when not in use. Three bands on the catheter indicate that the catheter is nearing the distal tip of the tube, promoting suction depth monitoring.

The CleanSweep Closed Suction System is also designed to reduce accidental saline lavage. “The closed cleaning chamber utilizes a one-way valve that isolates the catheter tip from the airway during cleaning,” he said.

While CSS might be the preferred options for many clinicians, the process is not without risk. Harada’s meta-analysis1 indicated that “…CSS might provoke unpredictable and high levels of intrinsic positive end expiratory pressure during catheter insertion, as well as hinder ventilator regulation when in pressure-regulated volume-guaranteed mode.” The market supports several different brands of suctioning systems with a variety of features. “Finding the one that works best for your facility is the way to make a decision,” said Weirach. RT 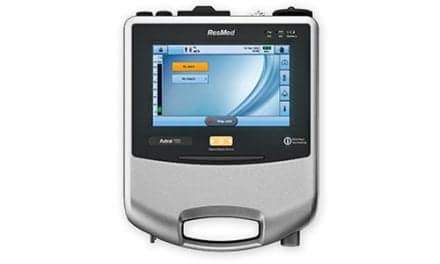 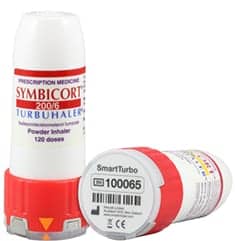 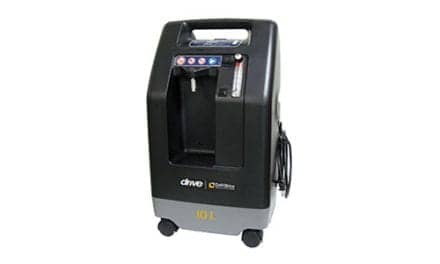