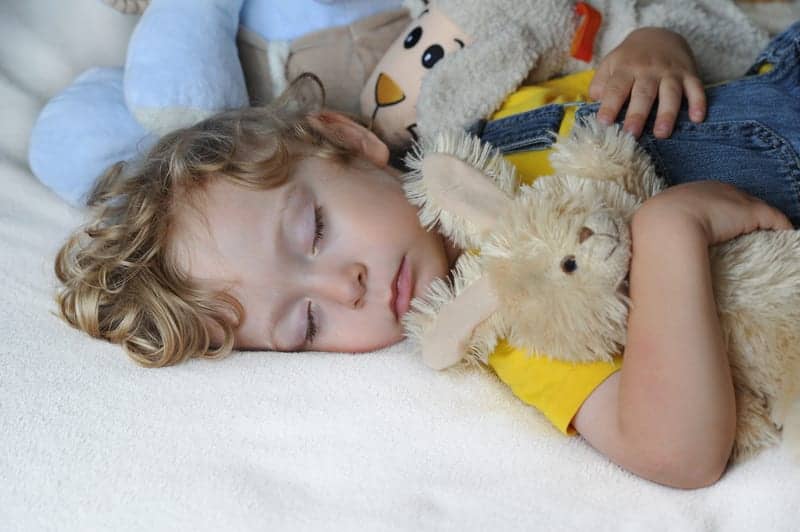 America is becoming heavier. This fact applies not only to adults, but also to children and adolescents. The Centers for Disease Control and Prevention (CDC) reports that, today, one in five school-aged children are considered obese, defined as having excess body fat and a body mass index (BMI) at or above the 95th percentile. Carrying excess weight may cause several medical consequences, including an increased risk of asthma, diabetes, heart disease, joint disorders and sleep apnea.

A 2012 study1 confirmed that childhood/adolescent obesity is associated with an increased risk of adult obesity and for medical complications later in life. The researchers found an association between obesity and “cardiovascular burden, including systemic hypertension, changes in ventricular structure and function arterial stiffness, and metabolic syndromes.” These potentially serious medical conditions signal the importance of early recognition and treatment of obstructive sleep apnea (OSA) in obese children.

Another study,2 published in 2013, asserted that, much like adults, children who are obese are more prone to OSA than are their counterparts with normal weight. The study found that the combination of obesity and OSA could lead to several serious disease conditions and an increased risk for “neurocognitive, psychiatric, cardiovascular and endocrinologic complications.” Moreover, addressing these medical conditions involves significant financial resources and “represents a national and international health crisis,” according to the study authors. Thus, early recognition and intervention could optimize management and care.

In 2002, the American Academy of Pediatrics (AAP) released its first guidelines for diagnosing and managing obstructive sleep apnea syndrome (OSAS) in children. Ten years later, after much research, the AAP issued updated guidelines, suggesting that physicians inquire about snoring and other signs and symptoms of sleep problems at routine visits. Should parents respond positively, the AAP recommends some form of testing, which might include polysomnography, nocturnal video recording or nocturnal oximetry. Additionally, pediatricians might make referrals to a sleep specialist or otolaryngologist for further evaluation. If OSA symptoms in a child are complicated by obesity, the AAP strongly urges the patient to engage in a weight loss program, in addition to therapies to treat the sleep disorder.

Diagnosing obstructive sleep apnea in children, whether they are obese or not, should adhere to AAP guidelines and solicit answers to some basic questions, according to Sanjeev Kothare, MD, director of pediatric sleep medicine at the NYU Langone Comprehensive Epilepsy–Sleep Center. He indicated that children who stop breathing in their sleep or breathe with their mouths open might be prone to sleep apnea. “This child will say his mouth is dry in the morning,” he said. “Also if the patient is a teen, he might have to go to bathroom two or three times a night and then feels tired the next morning. And, unlike adults, kids with OSA are hyperactive when tired rather than drowsy.”

Sally Ibrahim, MD, neurologist in the Sleep Disorders Center at Cleveland Clinic, said, “With increasing rates of obesity, we are seeing more sleep apnea in many ages of children and adolescents.” She adds that developmental disorders, and especially autistic disorders, are also associated with higher rates of sleep problems and insomnia. “Sleep apnea is most prevalent in craniofacial disorders and children who have low tone and other medical illness, such as severe asthma. So prevalence varies according to sleep disorder and which population of children we are speaking of.”

In addition, Ibrahim pointed out that a child’s age may also impact potential development of OSA. “In the toddler age, we can see more sleep apnea, given the encroachment on tonsils in the airway. And tonsils and adenoids are the common reason for sleep apnea in children,” she said.

Ibrahim pointed out that insufficient sleep has been linked to obesity, according to some studies.3  “Obesity impacts risk of illness in general, inclusive of sleep apnea. We are seeing more sleep apnea in kids related to obesity, instead of enlarged tonsils. So this is an area where we can impact wellness and health in general,” she said, noting that special attention should be given to teens. “Teenagers have a delay in their biological clock that may be augmented by late activities, such as use of screens at night. They may also have a later bedtime, while at the same time, they have to get up for school early in the morning. We really need kids to gets sufficient and healthy amounts of sleep. There is a national movement from pediatric sleep experts like Dr Judith Owens to get this accomplished by addressing school start time.”

Kothare reported that if a sleep study determines that a child has OSA, the interventions depend on the child’s age. “In the first year of life, a common cause is laryngeal malaise. It is soft and collapses,” he said. “Young pediatric patients with OSA should be referred to an ENT to look at the tonsils and adenoids.” An ENT evaluation will also examine the upper and lower airways and consider gastro-reflux, he added. “In childhood, tonsillectomy and adenoidectomy has an 85% cure rate,” Kothare said.

When tonsillectomy and adenoidectomy fails to successfully address the problem, the physician may prescribe CPAP, particularly for overweight children. Kothare noted that “run-of-the-mill” OSA in a child who is not obese is typically not problematic. “Type I OSA is typical with enlarged tonsils and adenoids and large tongue. A child might outgrow the problem, but if you’re obese, the chances that you’ll outgrow it are less likely,” he said.
“Obese children have ‘Type II’ OSA. Kids, especially teens with obesity, do not do well with tonsillectomy and adenoidectomy. They need CPAP and weight reduction,” Kothare said. “The problem is obese teens not only have bad skin and hygiene, but they also snack a lot at night and put on more weight. It’s a vicious cycle so you have to act on multiple levels—make them lose weight, start them on CPAP and change their sleep habits.” He reports though that 90% of the time these efforts are unsuccessful.

Cleveland Clinic works very closely with colleagues in ENT who are instrumental in treating OSA with surgery, Ibrahim said. “Once the airway heals from surgery, parents typically see immediate results in the children’s breathing. For those who have residual apnea after tonsillectomy and adenoidectomy, we can use a variety of maneuvers depending on how much residual apnea they have.” However, surgery may not always yield the desired results, Ibrahim pointed out. Patients who are obese or who have “craniofacial risks, such as Down syndrome, retrognathia/micrognathia, history of cleft palate, low muscle tone and other disorders are at higher risk for residual apnea.”

As obesity has become a global concern that extends beyond the adult population, clinicians have to consider the best approach for treating sleep disorders in children who are obese. Melissa J. Sasser BS, RRT/RPSGT, US Northwest clinical specialist, ResMed, reported that combination therapy with both tonsillectomy and adenoidectomy and CPAP might benefit the child who is obese. “Or, depending how overweight they are, they may not be a safe candidate for tonsillectomy and adenoidectomy, making CPAP the primary treatment option until weight loss has been achieved. This would be determined case by case, with decisions made based on both the weight scale as well as upper airway anatomy,” she said.

Sasser indicated that PAP devices and associated equipment have weight or age requirements in the FDA-cleared indications for use, which are listed in the clinical manuals for treating staff to reference when working with this patient population.

All CPAP machines are the same, although masks for the very young and/or very small patient are smaller than those used for adults and are labeled for pediatric use. “With today’s technological advances, we now have great interface options for this patient population. The designs are friendly and fun, including bedtime stories that incorporate CPAP,” Sasser said, noting that adjustments are necessary through the different stages of childhood. “It’s paramount to keep up with a child’s growth as the child matures to assure that the mask fit remains optimal. Follow-up visits are more frequent for this. It is important to know that growth hormones are secreted when we sleep. Therefore, improving a child’s sleep quality can offer a growth spurt or two, and a mask that fit well at setup may be too small in just a few months.”

In spite of the benefits, some CPAP users, particularly the pediatric population, require training techniques and rewards specific to the age of the patient to help maximize comfort and proper adherence. “The parents play a huge role in this, and training is offered for the entire family,” Sasser said. She added that many free AWAKE support groups exist for sleep apnea patients, although it is rare to find one specifically for pediatrics. “There are, however, a number of sleep labs and home care companies that have environments and employees that are geared toward and specialize in working with children, as well as teams of healthcare providers coming together to assist them and their families in learning new lifestyle behaviors,” she said. “Support could be specific to helping a child adapt to CPAP or extend into behavior modification techniques for the entire family that go beyond CPAP to cover proper sleep hygiene, nutrition and parenting skills.” Sasser pointed out that solving the issue of OSA in a child or adolescent takes a team effort. “… we look at improving the quality of sleep for the entire family rather than just the patient, [including] parents who stay up night after night with concern for their child as they watch them gasp for breath, as well as siblings who share rooms,” she said. RT 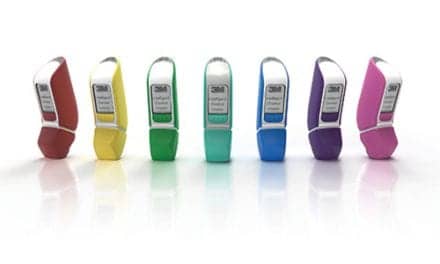