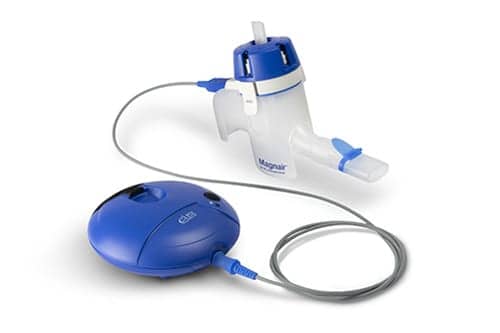 Lonhala Magnair (glycopyrrolate) Inhalation Solution (25 mcg twice daily) is now available at pharmacies in the US for the long-term, maintenance treatment of airflow obstruction in COPD patients, according to manufacturer Sunovion Pharmaceuticals Inc. Sunovion received FDA approval for the therapy in December 2017.

Lonhala Magnair is the first nebulized long-acting muscarinic antagonist (LAMA) approved for the treatment of COPD in the US. Lonhala is delivered by oral inhalation exclusively through the Magnair Nebulizer System, which uses eFlow technology developed by Pari Pharma GmbH.

The Magnair Nebulizer System is a virtually silent, portable, closed system nebulizer that is designed to deliver the medication in two to three minutes, allowing people to breathe normally as they use the device.

In clinical studies, Lonhala Magnair demonstrated statistically significant and clinically important changes from baseline in forced exhalation (trough forced expiratory volume in one second, FEV1) at Week 12 versus placebo. Lonhala Magnair was generally well-tolerated by study participants, with the most common side effects being dyspnea and urinary tract infection.

“Despite the availability of several therapies for COPD, many people still struggle with their disease, a challenge that may, in part, be related to the delivery method used to administer their medications,” said Gary Ferguson, MD, Pulmonary Research Institute of Southeast Michigan, Farmington Hills, Michigan. “For people with moderate-to-very severe COPD, nebulization is a delivery option that may be preferable for patients, especially patients who may have difficulties using handheld devices, as it allows patients to breathe normally while taking their medication. Lonhala Magnair offers such an option, providing a long-acting bronchodilator with a nebulizer that is virtually silent, portable and designed to deliver the drug in two to three minutes.” 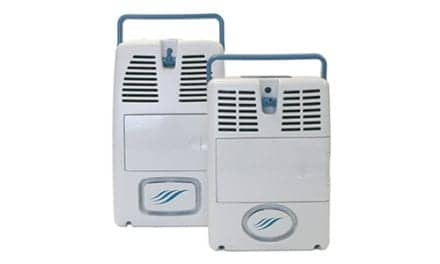 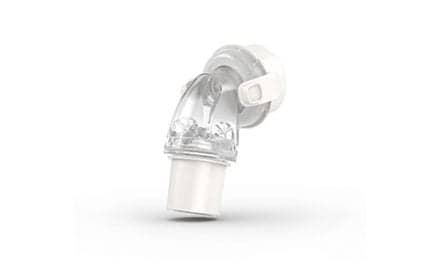