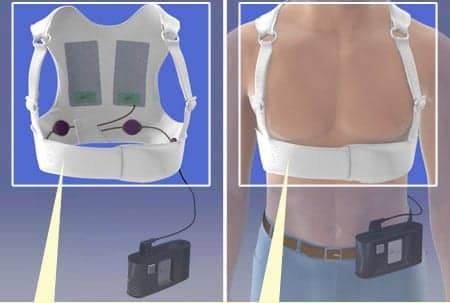 The US Food and Drug Administration has approved a new indication for Zoll Corp’s LifeVest wearable cardioverter defibrillator, expanding the device for use in certain pediatric patients.

An FDA announcement said the LifeVest is now approved for certain children who are at risk for sudden cardiac arrest, but are not candidates for an implantable defibrillator due to certain medical conditions or lack of parental consent. The approval indication includes children who have a chest size of at least 26 inches and a minimum body weight of 41 pounds, about the average 8-year old child, the FDA noted.

Weighing less than two pounds, the device consists of two main components: an electrode belt and garment that surround the patient’s chest, and a monitor that the patient wears around his or her waist. This device is intended only for children that weigh at least 41 pounds and have a chest size of 26 inches or more, about the size of an average 8 year old.

Today’s pediatric approval was based on published studies and a company registery containing clinical information from 248 patients, ages 3 to 17, at risk for sudden cardiac arrest. No additional safety concerns were identified, and four patients who experienced sudden cardiac arrest received a shock that successfully restored a life-sustaining heartbeat.

While many automated external defibrillators (which require a second person to operate them) have been cleared for use in children, LifeVest is the only one worn by the patient and monitors the heart continuously for arrhythmias. LifeVest responds automatically if it senses the need to deliver a shock, restoring a life-sustaining heartbeat.

“The pediatric medical community is often forced to use adult devices off-label without appropriate labeling or instructions for use in pediatric patients,” said Vasum Peiris, MD, MPH, Chief Medical Officer of Pediatrics and Special Populations in the FDA’s Center for Devices and Radiological Health. “Doctors now have important information that may help them safely prescribe this life-saving device to young patients who may benefit from the device.” 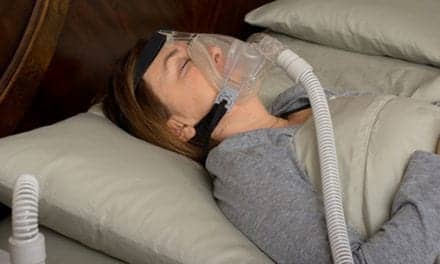 Enhanced Reporting from 3B Medical for Open Airway Apnea