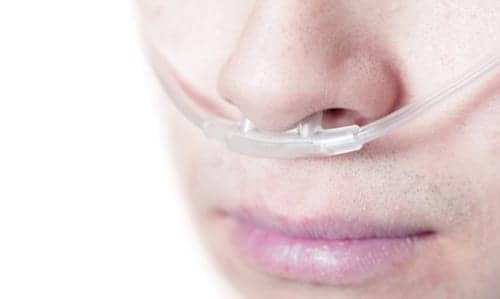 The Centers for Medicare and Medicaid (CMS) have proposed steep cuts to reimbursements for durable medical equipment providers, including the home oxygen industry.

The battle over reimbursement from the Centers for Medicare and Medicaid Services (CMS) for durable medical equipment (DME) suppliers, including those who provide home oxygen and related equipment, dates back to the creation of the Competitive Bidding Program (CBP) by the Medicare Prescription Drug Improvement and Modernization Act (MMA) of 2003.

A June 7, 2016 post, written by Sean Cavanaugh, CMS Deputy Administrator and Director, Center for Medicare, indicated that the competitive bidding process for the Durable Medical Equipment, Prosthetics, Orthotics, and Supplies (DMEPOS) program was prompted by “numerous studies from the Health and Human Services (HHS) Office of the Inspector General and The Government Accountability Office” that found DMEPOS payments to be “excessive.”

In an effort to reduce Medicare expenses and patient out-of-pocket costs, but retain patient access to necessary medical equipment, CMS replaced its current reimbursement method, which is based on charges created in 1982, with a process in which competitive bid rates used in urban areas would be applied to rural and other non-competitive bid areas.

CMS launched the first phase of the DMEPOS Competitive Bidding Program (CBP) in nine areas of the country on January 1, 2011. The CBP invites suppliers in a particular competitive bidding area (CBA) to submit web-based applications. CMS evaluates these bids, “based on the supplier’s eligibility, its financial stability and bid price,” according to its website (www.dmecompetitivebid.com). CMS then awards a contract to the Medicare suppliers that offer the best price and meet the other requirements. Suppliers are expected to accept the financial terms, which represent the median of all winning bids.

A CMS fact sheet indicated that there are CBPs in 99 Metropolitan Statistical Areas (MSA) across the country and one in Honolulu. The fact sheet explained that the current cuts were phased in beginning in January 1, 2016. During a six-month transition period the adjusted rates and current rates were implemented as a 50/50 mix so CMS could monitor the impact. On July 1, 2016, the new adjusted rates were fully implemented nationwide.

According to the Health Status Monitoring Summary of Findings through the fourth quarter of 2015, CMS monitors claim rates as well as health outcomes including deaths, hospitalizations, emergency room and physician visits, admissions to skilled nursing facilities, average length of inpatient stays within a month and average length of stay in a skilled nursing facility within a month. Additionally, CMS monitors three other groups of beneficiaries: those who no longer have claims for a competitively bid product after implementation of the program; those who may need a product at some time; and those who currently have claims for competitively bid products.

After the first full year of implementation, CMS reported that it found “no change in beneficiary health status outcomes,” as a result of the program.

Opponents of the program claim that CBP does not hold bidders accountable and does not verify their qualifications to provide the products and services. They assert that rural areas will be hardest hit, as suppliers will be forced out of business, leaving patients without access to home oxygen and other equipment. Opposition to the program comes from a number of economic experts as well as industry agencies, including the American Association for Home Care (AAHC), the COPD Foundation, the National Association for Medical Direction of Respiratory Care (NAMDRC), the Advanced Medical Technology Association and the Council for Quality Respiratory Care (CQRC).

CQRC has long advocated for patient and suppliers’ rights and in 2014 conducted a survey to assess the differences between costs in CBA areas and non-CBA areas. The results showed that costs in non-CBA areas, which are predominantly rural, are approximately 11 percent higher than in CBA areas. Also, the cost of providing services in “super rural” non-CBA areas where homes are located far apart are approximately 17 percent higher than costs of service in CBA regions.

The CQRC attributes this disparity in costs, in part, to a flawed bidding process. The organization asserts that some suppliers submitted bids based on the assumption that volume would increase; others wanted to remain in the industry and submitted low bids with the intention of facing financial difficulties at a later date. Other suppliers accepted the lower reimbursement but never performed the services.

These concerns prompted Congressman Tom Price, MD (R-Ga), and representatives from 24 states to introduce a bipartisan bill (HR 5210) in May, intended to prevent the drastic cuts to suppliers, thus preserving access to necessary equipment. The Patient Access to Durable Medical Equipment (PADME) Act aims to delay the cuts and extend the current reimbursement rates in non-competitively bid areas, which would give Congress more time to track the effects of the cuts in rural areas. PADME also will explore the fundamental problems with the CBP process.

When Congress submitted the bipartisan PADME Act, CQRC, along with many other industry organizations, applauded the action. “While both chambers have passed a bill, they differ in some ways, so now it is up to lawmakers in the House and Senate to come together and find agreement before they leave for recess this month,” said Ellen Almond, representative for CQRC. “The additional DME cuts went into effect on July 1, so home oxygen leaders are strongly urging lawmakers to act quickly to halt the cuts and allow more time for a phase-in of these Medicare payment reductions.”

According to Michael Fleming, MD, FAAFP, past president of the American Academy of Family Physicians, the Medicare cuts will have the biggest impact on patients with chronic obstructive pulmonary disorder (COPD). In an article at the CQRC site, he indicated that COPD patients are adequately able to manage their disease and reduce hospital readmissions with the use of home oxygen. “Considering 20 percent of patients hospitalized with COPD exacerbations are readmitted to the hospital within 30 days, which costs an estimated $35 billion in annual COPD expenditures, it’s clear we need to do a better job managing COPD patients in the home,” he wrote.

Philip Porte, executive director of the Respiratory Compromise Institute (RCI), reports that his organization has taken no official stance on the issue. However, he personally anticipates problems, especially for patients who use liquid oxygen. “They are being hurt the most. Lots of suppliers say they can’t afford to [continue deliveries]. These patients are struggling, or will be, when the cuts impact manufacturers of liquid systems,” he said.

Porte also envisions dramatic changes for suppliers involving delivery methods. “Back ten or fifteen years ago, truck drivers delivering refills was integral to the business model,” he said. “Now it’s a ‘drop ship’ model. There is a valid reason to engage in a discussion. Are you a provider of health care or have you become part of the UPS industry?”

In spite of the challenges, a select few companies continue to survive in the home oxygen delivery space. “Inogen has a unique business model as a manufacturer and supplier,” Porte said. “Philips does well. They have a robust technology and effort by the manufacturers to work with suppliers. But we’re seeing the disappearance of Mom and Pop businesses. It’s tough to make it in the industry. It’s different than it was five to seven years ago. Spin forward and you’ll see the virtual disappearance of the fee for service model, which will trickle down into health care. Only the smart ones will survive.”

Porte pointed out that many people tend to forget that these changes are based on a bidding process from the industry and not on CMS rates. “It’s a complicated methodology. If you have ten bidders, you take the mean bid and offer contracts to those companies. Some [suppliers] are providing services for less than what they bid and some are getting more,” he said.

Mike Hess, RRT, lead consultant for Aerilon Respiratory Consulting in Kalamazoo, Michigan, envisions the most devastating changes for patients who use supplemental oxygen. “Competitive billing has already crippled many DME companies’ ability to provide a variety of oxygen equipment to fit individual needs, which means people are getting essentially confined to their homes. These are people who would otherwise be active members of society, working, interacting with friends and family, and doing all the things many of us take for granted. But they are stuck at home because they can’t afford a portable concentrator or liquid oxygen, and neither can their DME provider,” he said. “I’ve also heard an increasing number of stories about declining customer service, increasing restrictions on resupply and similar issues. DME companies are already struggling, and many have had to reduce their branches or close altogether, further reducing competition and accessibility.  Cutting reimbursement even more would be disastrous for the industry, in my opinion.” RT 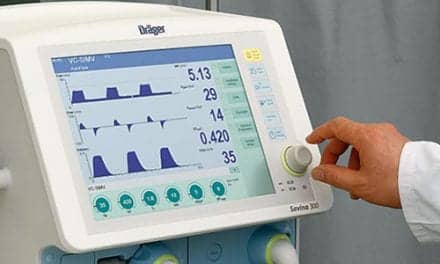 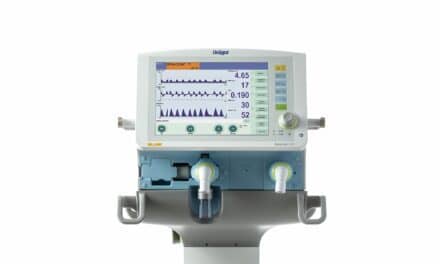 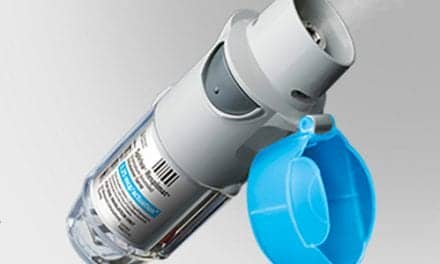 Boehringer’s Respimat Inhaler Gets Ease of Use Award 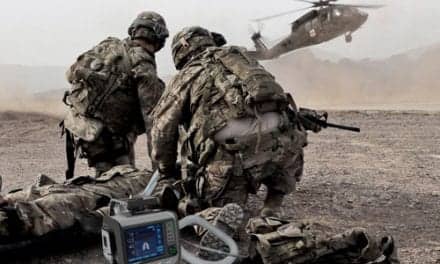