Stem cell therapy may be an effective treatment for several lung conditions including idiopathic pulmonary fibrosis (IPF), COPD, and cystic fibrosis, according to new research from scientists at the UNC School of Medicine and North Carolina State University (NCSU).

In the journal Respiratory Research, the scientists demonstrated that they could harvest lung stem cells from people using a relatively non-invasive, doctor’s-office technique. They were then able to multiply the harvested lung cells in the lab to yield enough cells sufficient for human therapy.

In a second study, published in the journal Stem Cells Translational Medicine, the team showed that in rodents they could use the same type of lung cell to successfully treat a model of IPF – a chronic, irreversible, and ultimately fatal disease characterized by a progressive decline in lung function.

The researchers have been in discussions with the FDA and are preparing an application for an initial clinical trial in patients with IPF.

“This is the first time anyone has generated potentially therapeutic lung stem cells from minimally invasive biopsy specimens,” said co-senior author of both papers Jason Lobo, MD, an assistant professor of medicine at UNC and medical director of lung transplant and interstitial lung disease.Co-senior author Ke Cheng, PhD, an associate professor in NCSU’s Department of Molecular Biomedical Sciences and the UNC/NCSU Joint Department of Biomedical Engineering, said, “We think the properties of these cells make them potentially therapeutic for a wide range of lung fibrosis diseases.”

These diseases of the lung involve the buildup of fibrous, scar-like tissue, typically due to chronic lung inflammation. As this fibrous tissue replaces working lung tissue, the lungs become less able to transfer oxygen to the blood. Patients ultimately are at risk of early death from respiratory failure. In the case of IPF, which has been linked to smoking, most patients live for fewer than five years after diagnosis.

The two FDA-approved drug treatments for IPF reduce symptoms but do not stop the underlying disease process. The only effective treatment is a lung transplant, which carries a high mortality risk and involves the long-term use of immunosuppressive drugs.

Scientists have been studying the alternative possibility of using stem cells to treat IPF and other lung fibrosis diseases. Stem cells are immature cells that can proliferate and turn into adult cells in order to, for example, repair injuries. Some types of stem cells have anti-inflammatory and anti-fibrosis properties that make them particularly attractive as potential treatments for fibrosis diseases. Cheng and Lobo have focused on a set of stem cells and support cells that reside in the lungs and can be reliably cultured from biopsied lung tissue. The cells are called lung spheroid cells for the distinctive sphere-like structures they form in culture. As the scientists reported in an initial paper in 2015, lung spheroid cells showed powerful regenerative properties when applied to a mouse model of lung fibrosis. In their therapeutic activity, these cells also outperformed other non-lung-derived stem cells known as mesenchymal stem cells, which are also under investigation to treat fibrosis.

In the first of the two new studies, Lobo and his team showed that they could obtain lung spheroid cells from human lung disease patients with a relatively non-invasive procedure called a transbronchial biopsy.

“We snip tiny, seed-sized samples of airway tissue using a bronchoscope,” Lobo said. “This method involves far less risk to the patient than does a standard, chest-penetrating surgical biopsy of lung tissue.”

Cheng and his colleagues cultured lung spheroid cells from these tiny tissue samples until they were numerous enough – in the tens of millions – to be delivered therapeutically. When they infused the cells intravenously into mice, they found that most of the cells gathered in the animals’ lungs.

“These cells are from the lung, and so in a sense they’re happiest, so to speak, living and working in the lung,” Cheng said.

“Also, the treatment was safe and effective whether the lung spheroid cells were derived from the recipients’ own lungs or from the lungs of an unrelated strain of rats,” Lobo said. “In other words, even if the donated stem cells were ‘foreign,’ they did not provoke a harmful immune reaction in the recipient animals, as transplanted tissue normally does.”

Lobo and Chen expect that when used therapeutically in humans, lung spheroid cells initially would be derived from the patient to minimize any immune-rejection risk. Ultimately, however, to obtain enough cells for widespread clinical use, doctors might harvest them from healthy volunteers, as well as from whole lungs obtained from organ donation networks. The stem cells could later be used in patients as-is or matched immunologically to recipients in much the same way transplanted organs are typically matched.

“Our vision is that we will eventually set up a universal cell donor bank,” Cheng said.

Cheng, Lobo, and their teams are now planning an initial study of therapeutic lung spheroid cells in a small group of IPF patients and expect to apply later this year for FDA approval of the study. In the long run, the scientists hope their lung stem cell therapy will also help patients with other lung fibrosis conditions of which there are dozens, including COPD, cystic fibrosis, and fibro-cavernous pulmonary tuberculosis. 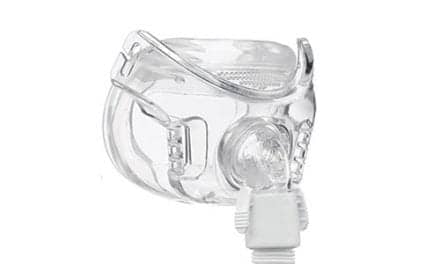 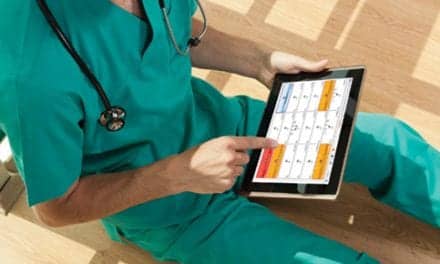 Vital Sync Platform Coming to the US