The Case for Capnography: It Saves Lives 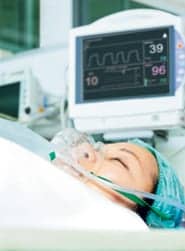 After expanding its use of capnography to monitor the respiratory status of its patients, adverse respiratory events at Torrance Memorial Medical Center have declined

He was in his 40s and seemed to be an ideal candidate for surgery. With no history of serious health problems, he appeared to be fit. But this man was a ticking time bomb because of an undiagnosed case of obstructive sleep apnea.

It surfaced when he went into respiratory depression after receiving postoperative pain medication. The medical staff at Torrance Memorial Medical Center, Torrance, Calif, saved him when the alarm on his capnography monitor sounded.

It’s only been 24 months since Torrance Memorial expanded the use of capnography monitoring, in line with recommendations from the American Heart Association and other medical groups. The initial objective was to comply with changing standards for monitoring postoperative patients who are on opioid analgesics.

But our real motivation for expanding the use of capnography monitoring is to protect patients. And I can report that it works. Since Torrance Memorial implemented advanced capnography technology, it has seen a substantial decline in adverse events in postsurgery patients using opioid analgesics.

“At Torrance Memorial Medical Center, patient safety is our highest priority,” said Jennifer Stewart, clinical nurse specialist and patient safety officer. “Our organization prides itself in making our patient experience the safest it can possibly be. End tidal capnography is helping us achieve this goal.”

Because capnography measures how effectively patients are breathing and the amount of carbon dioxide they exhale (EtCO2), it provides the earliest warning possible of respiratory depression, which can lead to significant morbidity or even cardiopulmonary arrest.

This means capnography is uniquely useful to keep patients safe, because it can detect problems long before other devices. This is especially important when patients are on opioid analgesics to control pain, as they might be after a surgical procedure.

“Capnography enables us to alleviate pain with confidence that the patient remains safe,” said Lisa Refrezo, clinical nurse specialist for Torrance Memorial’s Med/Surg unit. “Before, we relied solely on pulse oximetry to detect respiratory depression, but that only showed previous breathing patterns. EtCO2 monitoring tells us what is currently going on with the patient. The breath-by-breath measurement very precisely reveals a patient’s condition.”

Capnography technology has been commonly found in US operating rooms since the 1980s, but it moved beyond the operating salons after several health care organizations proposed that hospitals use it more broadly to monitor patients:

These organizations have come to recognize that capnography provides unique benefits not commonly available with pulse oximetry alone.

For example, capnograms are often useful in diagnosing obstructive conditions, like bronchitis, asthma, or emphysema, which affect lung function. They are also helpful in the early detection of adverse respiratory events like hypoventilation and circuit disconnection, reducing the risk of patient injury. During procedures done under sedation, capnography provides more useful information than pulse oximetry on the frequency and regularity of ventilation.

In fact, several studies have presented compelling evidence of the efficacy of capnography:

Utility Beyond the OR

Capnography also has demonstrated its value as a quick way to detect life-threatening conditions, such as the improper positioning of tracheal tubes or sudden respiratory failure, enabling medical staff to intervene before irreversible patient injury occurs.

That is one reason why emergency medical service personnel are increasingly using capnography as they assess and treat patients prior to their arrival at the hospital. In its simplest application, capnography can be used to verify that an endotracheal tube has been properly inserted.

At Torrance Memorial, capnography has allowed cardiovascular physicians and other staff to monitor patients’ carbon dioxide exhalations literally “breath by breath.” Before our widespread deployment of the technology, we relied solely on arterial blood gas analysis, which could potentially reduce a patient’s hemoglobin level with the repeated draws necessary to monitor a patient’s condition.

Broad use of capnography also has allowed the hospital’s “Code Blue” team to immediately respond to changes in patient status while it performs advanced cardiac life support CPR.

Our preliminary success has encouraged even more expanded use of capnography. We now use a portable EtCO2 device in our Rapid Response Teams (RRT) to rule in or out hypercapnia in lethargic patients. Torrance Memorial equipped its RRT staff with Oridion Microcap devices, which are portable capnography monitors that provide accurate, continuous monitoring for all patient types, whether nonintubated or intubated. The technology enables responders to an emergency to focus on patient need quickly.

“Instituting the use of end-tidal CO2 was well accepted by the respiratory care practitioners at Torrance,” said Pamela Michael, registered respiratory therapist and director of Pulmonary Services at Torrance Memorial. “Measuring end-tidal CO2 in cardiac arrest patients is helpful for confirming tracheal tube placement, assessing the effectiveness of chest compressions, and predicting likelihood of return of spontaneous circulation (ROSC).”

Capnography has become a standard, like pulse oximetry, to the Torrance Memorial respiratory department. It no longer does unnecessary arterial blood gas analysis just to measure a patient’s carbon dioxide levels.

Respiratory care practitioners work closely with the physicians and nurses to utilize these devices during advanced cardiac life support and pediatric life support as recommended by the American Heart Association 2010 Guidelines for Cardiopulmonary Resuscitation and Emergency Cardiovascular Care.

This technology allows the team to have a consistent measuring tool to judge the quality and effectiveness of resuscitation efforts for our patients. It allows for real-time feedback on treatment efforts and gives all members of the team important information to optimize the care of our patients.

“Capnography use has been greatly helpful in verifying and monitoring patients in the hospital setting,” said Torrance Memorial respiratory therapist Marc Mercacdo. “In my experience, the application of capnography especially during ‘Code Blue’ situations has proven to be a good indicator for return of spontaneous circulation.”

Code response tends to rely on information provided by Oridion Capnostream 20 monitors, which are bedside capnography monitors that can be used in any hospital environment and for all patient types. Because these devices allow us to monitor patients continually, they provide both the information needed to assess patient conditions and alerts to call for help when adverse conditions arise.

Torrance Memorial was methodical in selecting the best technology to maximize protection for our patients in our unique environment. The technology has helped us protect patients by identifying cases of respiratory depression before patients were harmed. RT 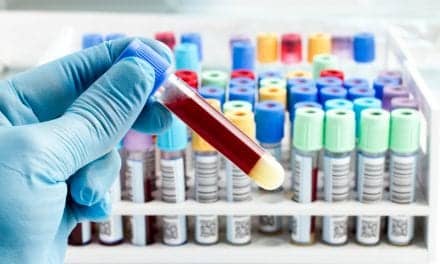