Capnography, and Its Derivatives, Defined

Capnography. Capnometry. Capnometer. Capnogram. Capnograph. While all these terms might sound similar and suggest the same meaning, there are some nuances that set each one apart.

Dorland’s Medical Dictionary for Health Consumers1 defines capnography as “the monitoring of the concentration of exhaled carbon dioxide (CO2) in order to assess physiologic status or determine the adequacy of ventilation during anesthesia” and covers the entire process of monitoring, as well as recording, the CO2 measurements.

By way of explanation, when the patient exhales, a beam of infrared light passes over the gas sample and waveforms appear on a screen, informing the clinician of how much or how little CO2 is present. Low infrared signal means high levels of CO2 and high amounts of light indicate low CO2 levels.

Used routinely during procedures and/or surgeries that require anesthesia, capnography is also being used more often in the field. CapnoAcademy, sponsored by Medtronic, reported that more than 95% of emergency service personnel surveyed found capnography easy to understand and considered it a critical tool for observing cardiac and respiratory conditions in patients.2

Continuous capnography, as the term suggests, is used continually on the patient to measure CO2 levels and is especially helpful when transporting a patient who has an endotracheal tube, which may become dislodged during movement. A continuous waveform informs the clinician of any changes to the patient’s CO2 levels.
Professional organizations have become more aware of the important role capnography can play in patient care. In October 2010, the Committee on Standards and Practice Parameters of the American Society of Anesthesiologists (ASA) created a mandate that patients be monitored with capnography in situations requiring moderate or deep sedation.

The American Academy of Pediatrics (AAP) hails the use of capnography in a younger patient population as well, reporting that the incidence of hypoventilation and desaturation decreases from 7% to 1% when capnography is used. The AAP issued guidelines3 calling for the recording of CO2 values at least every 10 minutes, preferably every five, in pediatric patients.

According to the AAP, “Capnography monitoring is valuable to diagnose the simple presence or absence of respirations, airway obstruction, or respiratory depression, particularly in patients sedated in less accessible locations, such as MRI machines, or darkened rooms.” Additionally, the organization noted that capnography surpasses pulse oximetry when it comes to recognizing apnea of airway obstruction before it occurs in patients who are on oxygen; earlier recognition results in early intervention.

Capnometry, often thought of as synonymous with capnography, actually represents the measurement of CO2 levels in the patient’s expirations, ie, analysis alone, without a continuous record or waveform. A 2007 study4 published in the Emergency Medicine Journal noted, “Capnometry is a noninvasive monitoring technique which allows fast and reliable insight into ventilation, circulation, and metabolism. In the prehospital setting it is mainly used to confirm correct tracheal tube placement.” Furthermore, the study reported that this monitoring technique tracks cardiac output and successful resuscitation, while helping to confirm the presence of pulmonary thromboembolism (PTE). For patients on mechanical ventilation, capnometry is a useful tool in sustaining adequate ventilation.

The study further noted that capnometry is beneficial for patients who are hemorrhaging; the clinician is able to accurately monitor tissue perfusion and optimize fluid replacement in patients whose blood pressure is falling, thus preventing the patient from going into shock.

A capnometer is the actual medical device that measures the CO2 in a patient’s exhaled air and samples gas; these measurements can be obtained in two ways. A sidestream or diverting capnometer withdraws a sample of gas from the breathing circuit on a continuous basis via a six to eight-foot long capillary tube from the patient’s airway to the monitor. Before the sample is analyzed, it passes through a water trap and drying tube. However, this method has a disadvantage; the narrow lumen of the sampling tube could become obstructed with pulmonary secretions or condensate.

On the other hand, a mainstream or non-diverting capnometer uses a special breathing-circuit cuvette and is positioned directly in the patient’s airway. Inside the cuvette is an infrared light source that is heated to prevent condensation. This type of capnometer provides a real-time view of the partial pressure of CO2 in the airway. But mainstream capnometers also have a disadvantage; the size and weight of the cuvette in the patient’s airway might be problematic.

Capnograph and capnometer are sometimes used interchangeably. And, as the name implies, it is the actual machine that presents a visual depiction of the amount of carbon dioxide released at the end of a patient’s expiration, ie, end tidal CO2 (EtCO2). Several different manufacturers make capnographs in a variety of models.

Capnogram, a visual representation of a patient’s CO2 measurements, provides a series of continuous waves in graph form on a monitor or screen that offers a clear picture of a patient’s respiratory condition. The CO2 measurements are depicted as lines on a capnogram that rise and fall with a patient’s breathing pattern. When the lines on the device are at the bottom of the screen, they represent the patient’s inspiration; when they rise higher on the screen, they represent expiration. Lines that slope upward might indicate the presence of bronchospasm or chronic obstructive pulmonary disease (COPD) or kinking or secretions in the tracheal tube.

A graph that depicts predominantly high expirations could indicate hypoventilation or excessive production of CO2, while low expiratory lines might be the result of hyperventilation or rebreathing.
When a notch is noted in the expiratory lines, it could be due to contraction of the diaphragm after the effects of a muscle relaxant wear off; they could also occur if a surgeon presses on the patient’s chest wall. Furthermore, when the heart contracts and relaxes, it could cause a series of notches on the waveform. A capnogram can be especially useful in guiding the clinician when inserting a tracheal tube. If the tube is inserted into the esophagus instead of the lungs, the waveform will be flat or have a series of small elevations since the stomach and esophagus have little or no CO2.

While there are subtle differences in meaning among the terms, medical professionals may use them interchangeably and still adequately communicate their message. RT 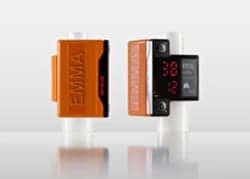 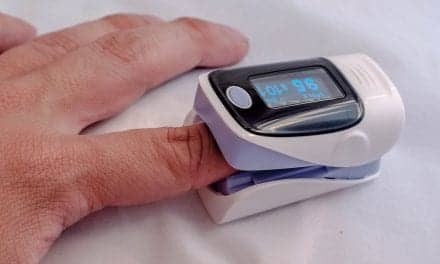