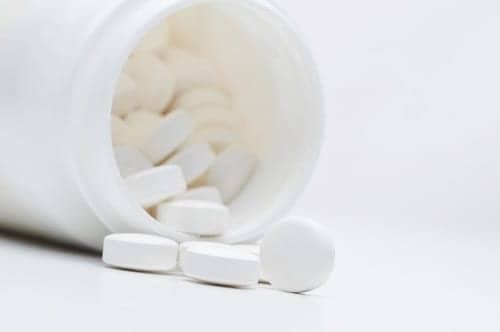 A new study led by researchers in the Perelman School of Medicine at the University of Pennsylvania finds a common treatment for AERD – aspirin desensitization – can also help alleviate the alcohol-induced symptoms of the condition. The researchers, led by John V. Bosso, MD, director of the Otorhinolaryngology Allergy Clinic and medical director of the Penn AERD Center, published their findings in the journal International Forum of Allergy and Rhinology today.

AERD is a chronic inflammatory disease involving nose, sinuses, and lungs. These patients suffer from nasal polyps, severe sinusitis, and asthma. It also involves a newly-formed sensitivity to aspirin and other non-steroidal anti-inflammatory drugs (NSAIDs). These drugs would normally be used to treat the other symptoms, but are now no longer an option due to the patient’s new allergy.

A common approach to this problem involves aspirin desensitization, in which an allergist gives a patient gradually-increasing doses of aspirin to help the patient overcome the sensitivity. By becoming desensitized to aspirin and then taking it for long-term therapy, there is a significant reduction in the regrowth of any new inflammatory polyp disease. This results in fewer future surgeries, less need for prednisone and antibiotics, and fewer asthma attacks. Patients also often report an improved sense of smell, which is often the most distressing problem they face due to AERD.

Penn’s approach is uniquely multidisciplinary in that it also involves surgery to remove any pre-existing nasal polyps that have formed as a result of AERD. It is the only such multidisciplinary AERD center in the world.

“Without the surgery, the aspirin desensitization would leave the previously established inflammatory disease untreated, and without the work of the allergist, the polyps would return, so the dual approach is critical,” Bosso said.

In this study, Bosso and his team evaluated 37 AERD patients who underwent both surgery and aspirin desensitization. Patients were enrolled between October of 2015 and October of 2017 at both Penn and Scripps Clinic Carmel Valley in California. Before treatment, 78 percent of patients said they could only tolerate alcohol about half the time or less, while 42 percent said they never or almost never were able. The most common symptoms associated with drinking alcohol were nasal congestion (97 percent), a runny nose (47 percent), and wheezing (40 percent). The majority of patients said these symptoms were brought on by as little as one to three glasses of wine in and as quickly as 15 minutes to an hour.

Following aspirin desensitization, 86.5% of patients said they could drink alcohol without experiencing these symptoms, and 70% of patients described the desensitization as “very helpful” or “extremely helpful” for their ability to tolerate alcohol. Only four patients noted no improvement in their symptoms. Patients also reported it took more alcohol or a longer period of time for these symptoms to occur.

“AERD can severely affect a patient’s quality of life, and when you combine the findings of this study with the clinical outcomes we can achieve, it shows aspirin desensitization can considerably improve quality of life for those who undergo it,” Bosso said.

Bosso notes that the study is not without its limitations, including the lack of a control group for comparison. Further, seven patients enrolled in the study but were not included for evaluation after they couldn’t complete the treatment due to adverse reactions such as gastrointestinal problems.

“It’s important for patients to be aware of the possible benefits and drawbacks of undergoing aspirin desensitization, and these findings may help inform patients’ decisions,” Bosso said.

Researchers Identify Origins of a Unique Form of Asthma