A pilot program in Louisville, Ky, that provided free “smart” inhalers to asthmatics and COPD patients and monitored air quality helped them manage their asthma symptoms and reduce exacerbations.

The program, “AIR Louisville,” was a collaboration between the city of Louisville, Propeller Health, The Institute for Healthy Air, Water and Soil, and the Robert Wood Johnson Foundation. The study, which included 1,147 participants, aimed to give officials and patients in Louisville information on asthma and COPD triggers and how the environment can influence their conditions. The city has been listed as one of the nation’s most polluted, with air quality consistently below recommended levels.

As part of the research, which began in 2015, emergency rescue inhalers were equipped with Propeller Health sensors to monitor time and location of use. According to the program, sensors collected 1.2 million data points over the 12-month study period, including over 251,000 medication puffs. Researchers then combined the data with over 5.4 million environmental data points, including air pollutants, temperature, proximity to traffic centers, and more. After analyzing and comparing data, researchers found that rescue medication use increased on days with higher temperatures and air pollutant levels (eg NO2, O3, SO2). When this environmental information was provided to patients, it allowed them to better manage their care and avoid environmental triggers.

The study also provided recommendations to city officials on how to mitigate environmental triggers such as air pollution. Suggestions included planting trees in high-risk neighborhoods that lack them to lower temperatures, better manage the movement of diesel trucks around the city, and look to using planning and zoning to create larger buffer zones around existing or future industrial sites and major roadways near schools.

Using the data collected, AIR Louisville was able to create a map of asthma risk for each neighborhood in and around the city. The study also calculated the healthcare costs related to pollution. When ozone exceeds the EPA limit of 70 parts per billion, the community could expect to see more than 65,000 asthma rescue inhaler uses among all people with asthma in Jefferson County. That adds up to healthcare costs of up to $129,000 on just that day. In 2016, ozone exceeded the 70 ppb limit on 19 days, so those high ozone days could translate to more than $2.4 million in healthcare costs. RT 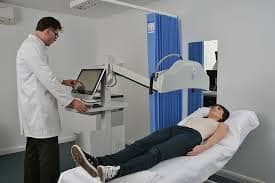