​​Philips responds to reports of an increase in medical device reports related to the company’s respiratory device recall.

Submission of a medical device report itself is not evidence that the device caused or contributed to the adverse outcome or event, and that the cause of an event cannot typically be determined from this reporting system alone. Philips Respironics states that it investigates all allegations of device malfunction, death, or serious injury.

“We regret any concern or inconveniences caused by this field action and we are committed to supporting the community of patients who rely on our sleep and respiratory care solutions for their health and quality of life, and the physicians and customers who are dedicated to meeting patient needs,” says David Ferguson, business leader of Philips Respironics, in a release. “We are replacing or repairing the devices related to the Respironics field action as fast as possible and are continuing to update patients and customers about the progress of the program. More than 1,000 of our colleagues are working around the clock on every aspect of the remediation.”

Since June 2021, together with certified testing laboratories and other third-party experts, Philips Respironics has been conducting a test and research program on the PE-PUR foam to better assess and scope potential patient health risks related to possible emission of particulates from degraded foam and certain volatile organic compounds (VOCs).

Initial testing results suggest that PE-PUR foam degradation in CPAP devices is accelerated by repeated exposure to ozone cleaning. The FDA and Philips have communicated and reiterated that ozone is not an approved cleaning agent. For example, as directed by FDA, Philips has prominently published information on the risk of using ozone cleaners.

Testing and analyses related to the affected CPAP and BiPAP devices are ongoing and Philips Respironics expects to provide an update in the second quarter of 2022.

In May 2022, an analysis was published online in the European Respiratory Journal that concluded that sustained and adherent CPAP therapy of OSA using Philips Respironics devices, compared with other manufacturers’ devices, was not associated with an increased risk of cancer after a median follow-up time of 7.2 years. The analysis and conclusion were based on data from a multicenter cohort study involving 4,447 OSA patients on CPAP devices between 2007 and 2018, including 1,648 Philips Respironics CPAP users. Philips Respironics was not involved in the study or the analysis. 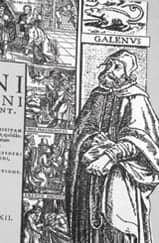