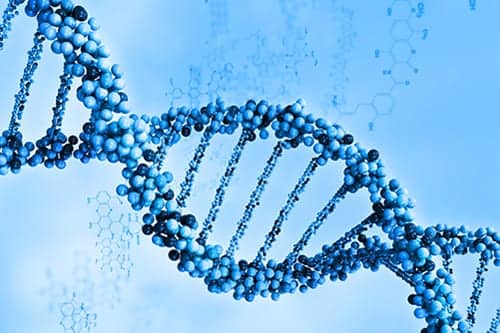 The US FDA granted approval for Amondys 45 (casimersen) injection for the treatment of Duchenne muscular dystrophy (DMD) in patients who have a confirmed mutation of the DMD gene that is amenable to exon 45 skipping. Exons are pieces of DNA that provide information for making proteins in a person’s genome.

The agency approved Amondys 45 based on an increase in dystrophin (a protein that helps keep muscle cells intact) production in skeletal muscle observed in patients treated with the therapy. This is the first FDA-approved targeted treatment for patients with this type of mutation. Approximately 8% of patients with DMD have a mutation that is amenable to exon 45 skipping.

“Developing drugs designed for patients with specific mutations is a critical part of personalized medicine,” said Eric Bastings, M.D., deputy director of the Office of Neuroscience in the FDA’s Center for Drug Evaluation and Research. “Today’s approval of Amondys 45 provides a targeted treatment option for Duchenne muscular dystrophy patients with this confirmed mutation.”

DMD is a rare genetic disorder characterized by progressive muscle deterioration and weakness. It is the most common type of muscular dystrophy. DMD is caused by mutations in the DMD gene that results in an absence of dystrophin, a protein found in muscle fiber. The first symptoms are usually seen between three and five years of age and worsen over time. DMD occurs in approximately one out of every 3,600 male infants worldwide; in rare cases, it can affect females.

Amondys 45 was evaluated in a double-blind, placebo-controlled study in which 43 patients were randomized 2:1 to receive either intravenous Amondys 45 (30 mg/kg) or placebo. All patients were male, between 7 and 20 years of age, and had a genetically confirmed mutation of the DMD gene that is amenable to exon 45 skipping.

In the study, patients who received Amondys 45 showed a significantly greater increase in dystrophin protein levels from baseline to week 48 of treatment compared to those who received placebo.

The FDA has concluded that the data submitted by the applicant demonstrated an increase in dystrophin production that is reasonably likely to predict clinical benefit in patients with DMD who have a confirmed mutation of the dystrophin gene amenable to exon 45 skipping. A clinical benefit of the drug, including improved motor function, has not been established. In making this decision, the FDA considered the potential risks associated with the drug, the life-threatening and debilitating nature of the disease, and the lack of available therapy.

Amondys 45 was approved using the Accelerated Approval pathway, under which the FDA may approve drugs for serious conditions where there is unmet medical need and a drug is shown to have certain effects that are reasonably likely to predict a clinical benefit to patients. Further study is required to verify and describe anticipated clinical benefits of Amondys 45, and the sponsor is currently conducting an ongoing, double-blind, placebo-controlled, multicenter study designed to evaluate the safety and efficacy of Amondys 45 in ambulatory DMD patients.

The FDA is granting the approval to Sarepta Therapeutics Inc.

Evidence Does Not Support Using SLIT to Treat SARC

Efficacy of Esbriet in Severe IPF Fades Within a Year